Among Us was very popular in 2020 and, with it, other games with similar proposals gained prominence. Here you will find 14 games with themes similar to Among Us. There are free or paid games for PC, Android, iOs, and even Xbox One and Xbox Series. If you really like Among Us-type games, discover now what excellent alternatives there are!

Betrayal.io is a game that is quite reminiscent of Among Us. The game divides players into two factions, represented primarily by companions and traitors. In addition to these two roles, there is also the Sheriff, who finds clues about the traitors, and Jester, who must pretend to be one of the traitors. The game supports up to 12 players per match!

Apart from the main game mode, it is possible to relax with your friends by fishing and showing off your new look. You can unlock clothing and customization pieces, in order to play showing your own style at 100%. 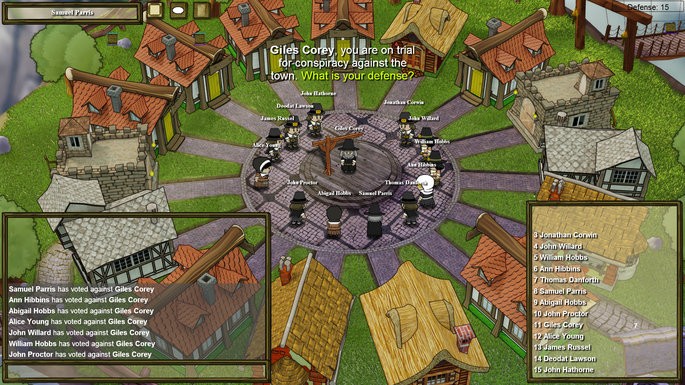 Town of Salem is one of the best games dealing with the topic of finding out who the killers are. It allows up to 15 players per game and it is possible to assign up to more than 30 different roles. Thanks to that last aspect, every game of Town of Salem is unrepeatable and you never get tired of playing it with your friends. Just like in Among Us, in this game, it is important to vote and know how to defend yourself! 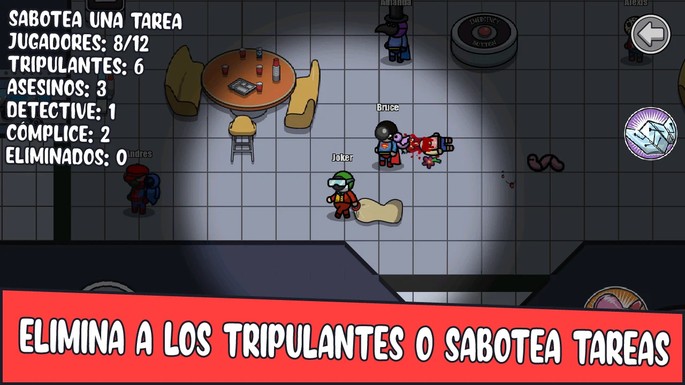 Murder Us hosts match of up to 20 players, which can be chaos! Of course, the game expands the idea of ​​Among Us and introduces two more roles: the detective and the accomplice. Both roles give rise to more arguments, deception and half-truths. Murder Us maps are very good. If you're feeling creative, it's possible to create your own maps and play on them with your friends. As a bonus, you can customize your character with a good variety of items. 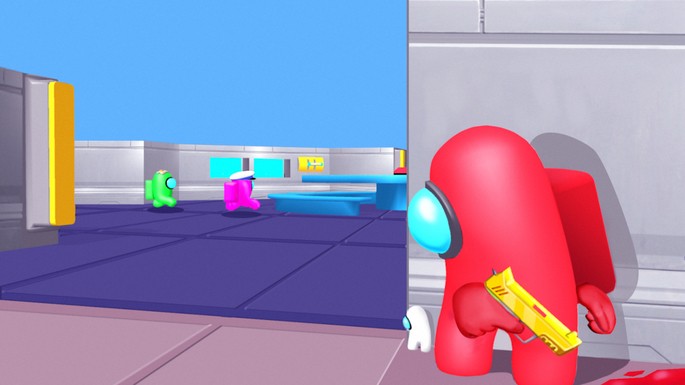 Red Imposter: Nightmare Christmas puts you in the role of a red imposter. It's the only role you can have! Despite being limited in options, this game is still fun. The challenge is to successfully sabotage and eliminate crew members, without them ever seeing you. It is a simple, free and curious version based on the premise of Among Us. 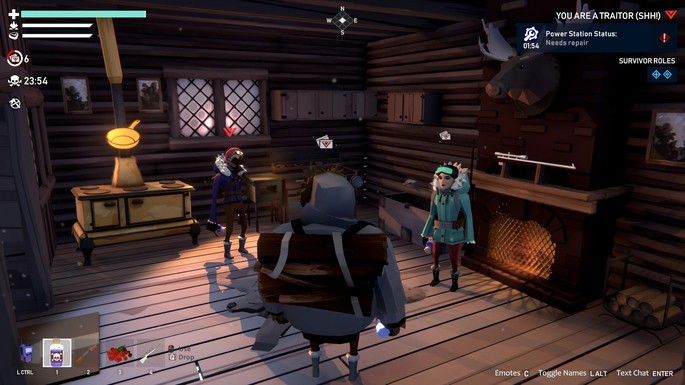 Project Winter places you in a threatening winter from which the survivors are trying to escape. To achieve this goal, players need to work together to complete tasks, obtain resources, and call the rescue vehicle. In turn, the traitors must sabotage escape attempts, eliminate unsuspecting survivors, and avoid being exiled and left to the mercy of harsh nature. Despite being paid, it's a pretty good game! 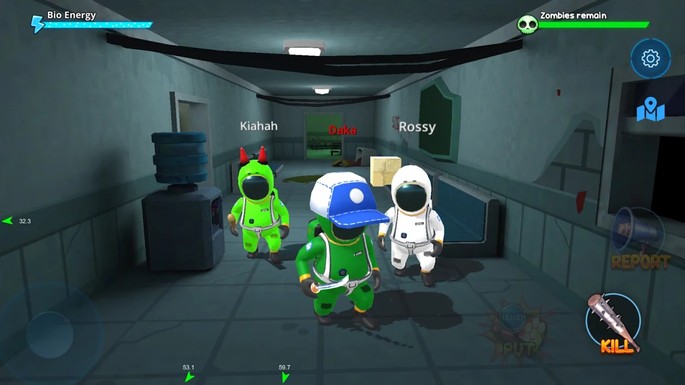 Impostor! is a fun game that shows some differences from Among Us. On the one hand, the impostors can arm a bomb that the crew members themselves must deactivate in time. On the other hand, impostors have an extra problem: zombies! That's it, Impostor! mixes Among Us with a zombie game, and for this reason, it is an interesting proposal. 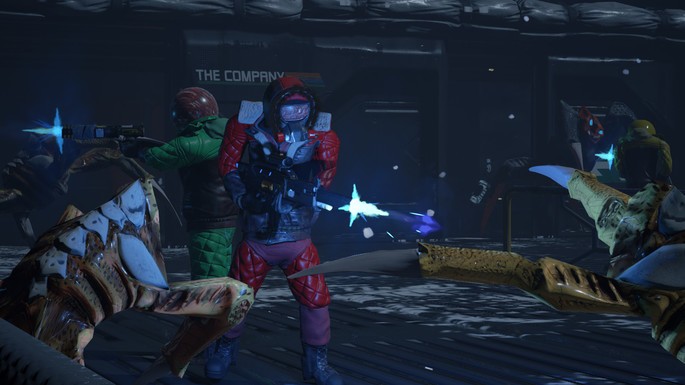 Unfortunate Spacemen offers various game modes, including cooperative modes and another similar to Among Us. Co-op brings players together to battle alien bugs thirsty for entrails. It's frightening! The competitive one, on the other hand, faces 16 players divided into the roles of astronauts and mimic, an alien that can take the form of other players. If you see the same player twice, be wary! 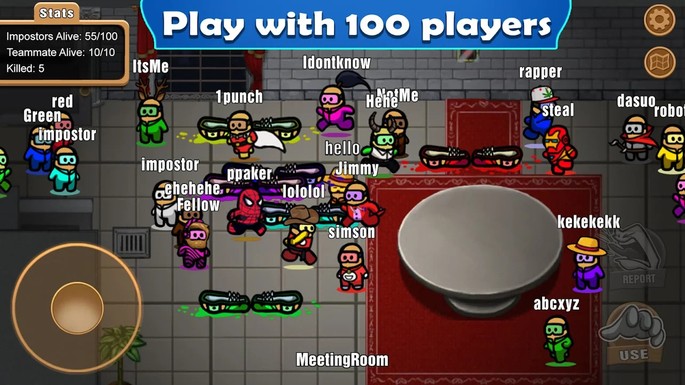 The Imposter: Battle Royale is 2 for 1, as it includes two modes with different mechanics: the impostor mode and the Battle Royale. The former is almost the same as Among Us, with players divided into companions and imposters. As the companions accomplish tasks and uncover the bad guys, the imposters must do their best to take them all out!

Battle Royale mode offers matches of 100 players divided into 10 equal teams. To win in this mode, it's as simple as eliminating all the other teams and being the only one standing. Every match is endless madness! 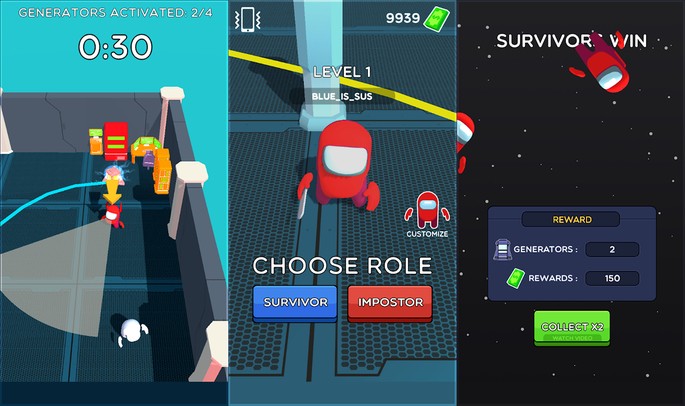 In Impostor 3D you can also choose whether to be a survivor or an impostor. The theme is very reminiscent of Among Us, although the gameplay is different. First of all, this game is for one player and you can play it without the internet. Second, the map is small and each match lasts one minute. It's a fairly simple game, but entertaining if you only have a few minutes of free time. 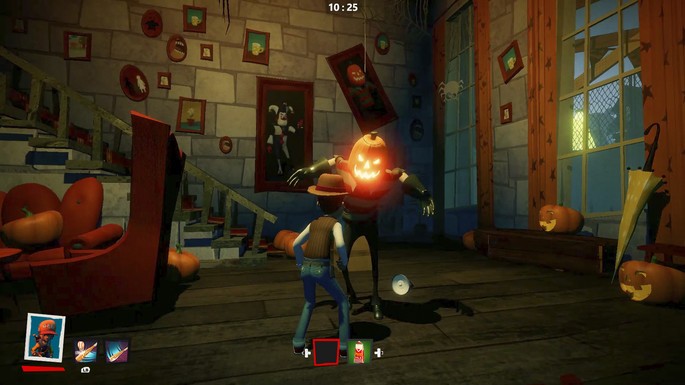 Secret Neighbor is set in the Hello Neighbor universe. On this occasion, some young people try to collaborate to rescue a friend who has been captured in the neighbor's house. Just as it happens in Among Us, one of the players is actually an enemy, the same neighbor. All players can use abilities and the neighbor must do his best to foil the plans of the youngsters. 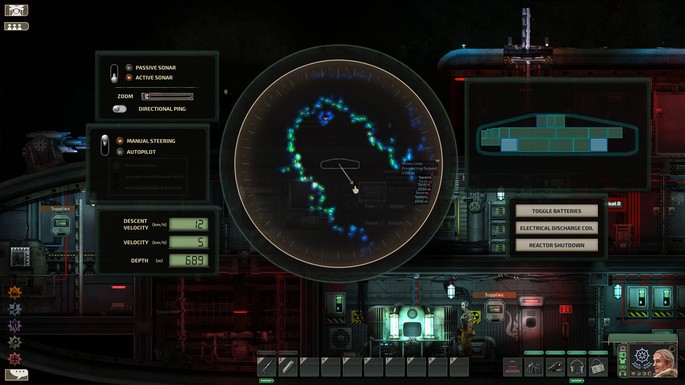 Barotrauma is perhaps the most different game from Among Us on the list, but it does overlap in some ways. Set in a submarine, Barotrauma challenges you to survive in a hostile environment. To achieve that goal, you need to complete tasks and collaborate with other players to fight monsters. However, at any time one can betray you for their own good... unless you decide to betray first!

Imposter Solo Kill is a video game that takes advantage of the theme of Among Us and combines it with the puzzle genre. You always take the role of an impostor and the goal is always the same: eliminate all the crew. It is important to know what steps to take and when to attack. Sometimes it is convenient to hide, close doors or pay close attention to which direction the crew members are looking. 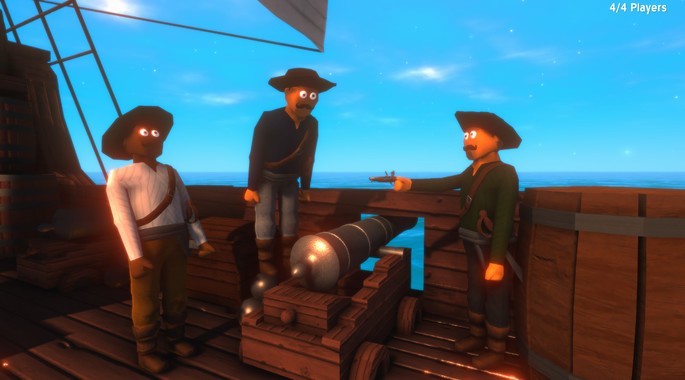 Stowaway is a game that combines the pirate world with Among Us. Players can be Sailors or Stowaways. The Sailors are tasked with repairing the ship and keeping it on course to reach the mainland. Meanwhile, the Stowaways have to eliminate the Sailors before reaching their destination. Sailors can vote to kick players out, but they better choose wisely!

As a curiosity, the ship is based on an English ship from 1577 called Revenge.