Valheim is a survival game inspired by Norse mythology, set in a world that is difficult to survive. Life in purgatory is tough, so we're sharing 11 basic tips to help you succeed in Valheim. Discover the essentials to fight, accumulate resources and live another day in a world full of dangers.

1. Know the objectives of the game 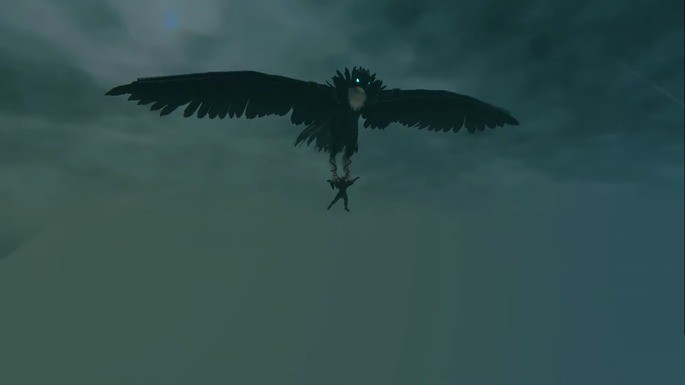 Valheim has mechanics that you will find in other games in the survival genre. One of the goals of the game is to create shelters, tools, and weapons to help you survive. The second objective is to defeat all the bosses in the game, known as Banished. You must be strong to face them!

During the first hours of the game, focus on:

As a side note, be careful when cutting down trees. Many players have been crushed to death by a freshly cut tree that fell on them. Be careful how you cut the trees and in which direction they fall. It is also not a good idea to cut down trees next to your shelter, or you may be homeless!

2. Invest little in your first shelter 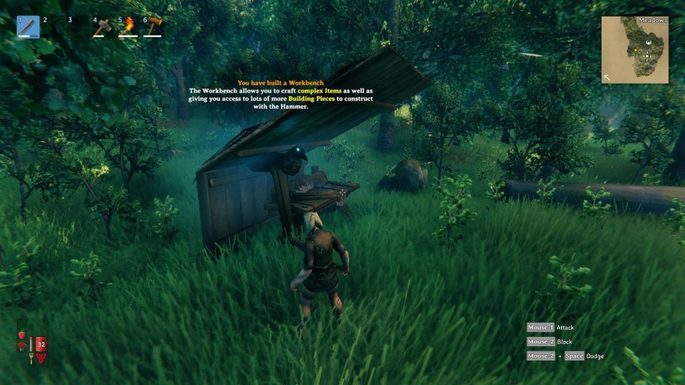 Your first shelter should be temporary, keep that in mind! Build it soon to have a safe place when you start in Valheim. The most important thing is that there is a bed, a nearby bonfire, and a Workbench. Save the big builds for later.

Details to be considered:

As you progress through Valheim and explore more regions, you'll build your ultimate haven elsewhere. When you are sure of the area where you want to build your main shelter, don't hesitate to invest in fortifications, crops, portals, etc.

If an old shelter is useless to you, you can dismantle it to recover the materials.

3. Understand how each weapon works 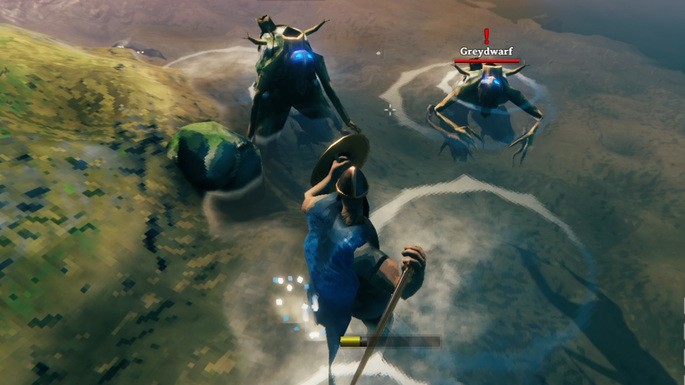 Each type of weapon has its own mechanics and effects. Some weapons spend more stamina than others, have a secondary attack, or are more effective against a particular creature. In relation to this last point, pay attention to the color that the applied damage numbers show:

The types of weapons that exist in Valheim are:

In Valheim, your character will never starve. Even so, the level of hunger negatively affects different attributes, so it is important to eat well. Other than this, the game forces you to have a varied diet. You will have to eat different types of food! 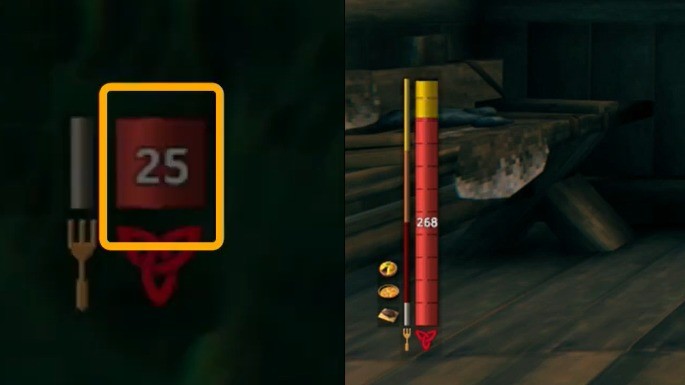 By default, you will have 25 maximum health. When you feed, the limit will go up to even exceed 200 health points. If you go several minutes without feeding your character, the maximum health will decrease until it reaches 25 again. Do not forget to eat or you will face enemies with less health. 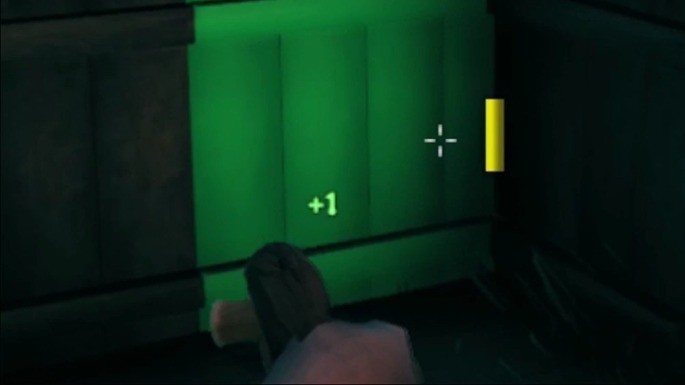 Eating certain types of food will regenerate health more or less quickly up to the current limit. You need to pay close attention to this parameter in certain situations, especially when fighting bosses or large groups of enemies. 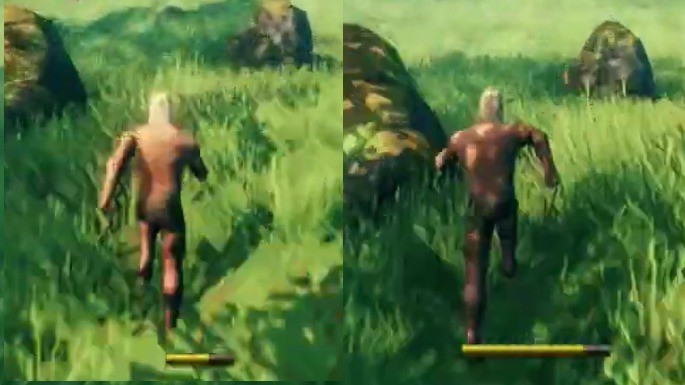 Vigor is the attribute that measures the energy available to perform all actions. Running, jumping, swimming, defending yourself, attacking, everything uses energy! In the image above you can see an important difference to take into account. You will have little maximum stamina if you don't feed your character (left); if he eats enough, he will have considerably more vigor (right).

When the stamina bar is depleted, the character will need to rest for a few seconds. Manage your energy well, because you don't want your character to get tired in a fight or die from drowning.

To end this tip, the campfire is enough to cook food. However, we recommend building a Food Station. Be careful when cooking: food cooked for a long time turns into charcoal!

5. Get used to making stops

There is a mechanic called parry or stop in Valheim. It allows you to parry an attack and make a very damaging counterattack. To do that, just defend yourself (right mouse click) at the right moment when the enemy is going to hit you. The opponent will be stunned for a short time. Attack at that time!

If you are carrying a mace, hammer, or club, you will deal damage when parrying an enemy.

6. Use the skills to improve them

Valheim's abilities are enhanced by using them. There is a complete absence of skill points. Keep this in mind when developing your character, because in Valheim, practice makes perfect. For example, one of the skills is chopping wood. If you cut down a lot of trees, you will level up this skill and deal more damage to the tree per cut.

If you want your character to be good with swords, equip him with swords and always use them to fight. The same for any type of weapon. Stealth, running, jumping, and swimming is also upgradable skills, so feel free to move in all of these ways.

Note: if your character dies, you will lose 5% of levels in all abilities. Yet another reason to play carefully and not take death so lightly.

7. Take care of your structures 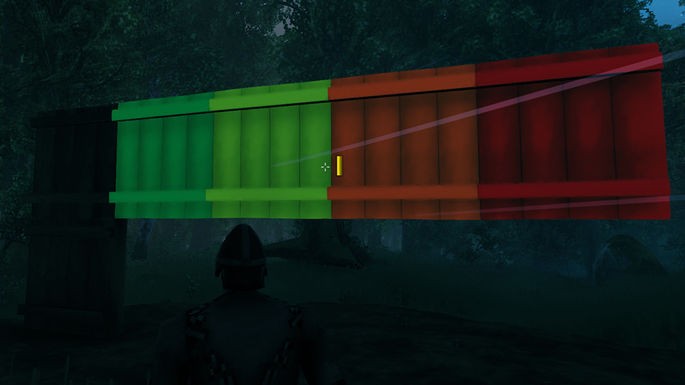 Rain will periodically damage any wooden structure you build that has no roof. Luckily, this "for free" damage stops when a structure has 50% health remaining.

This advice is very simple but extremely useful. If there is no danger nearby, put your weapon away! Press the R key and you will see that your character moves faster, especially if you use heavy weapons. If you want to go even faster, take off parts of the armor. This way you will be able to explore with greater agility and ease, and you will spend a little less time walking from one place to another.

Of course, always pay attention to the enemies that approach, and do not forget to re-equip both the weapon and the armor pieces.

9. Build a camp near your initial spawn point 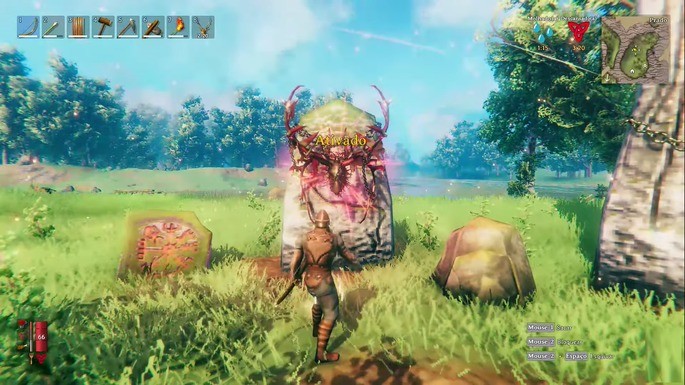 As you defeat the bosses in the game, the altars located at the initial spawn point will give you very useful benefits. These benefits are varied and can last for many minutes. For this reason, you will be interested in coming back to this site!

Build a small camp near the starting area of ​​the game and place a portal inside it. If you don't know what portals are, they are structures that allow you to teleport between different places on the map. As soon as you can build portals, make one in this area! Check back from time to time and take advantage of whatever benefits are available at the time.

10. Avoid exploring at night and flee if necessary

The night is dangerous in Valheim, especially in the first hours of the game. There are more enemies and poor visibility; if you just started playing, avoid going out at night. Take the opportunity to be in your refuge and rest until dawn.

That does not imply that you can explore quietly during the day. Absolutely! Until you get good weapons and armor to take on strong enemies and bosses, be careful. Fighting can be the best or worst option, depending on the case. If you find yourself outnumbered or outgunned, run away.

In the future, when your character has greatly increased skills and advanced equipment, you will be ready to face greater dangers. Until then, be patient!

11. Store everything you find 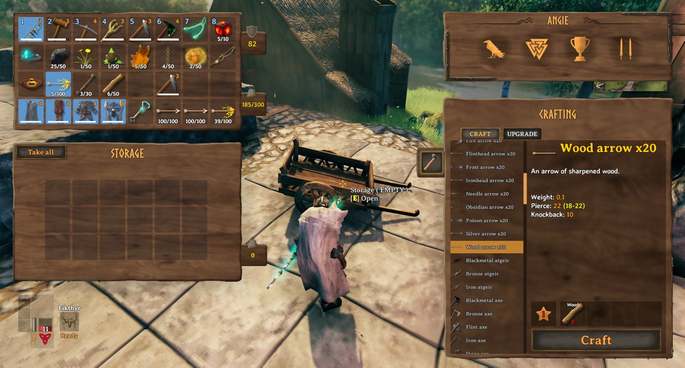 Valheim is a game that unlocks little by little as you complete objectives. In general, defeating a boss will give you access to new abilities, items, and areas to explore. You will find items that, on several occasions, will not be useful to you at that specific moment. Still, save them! Build a Chest and put everything you don't use in it.

When you discover new recipes, you will be grateful to have materials accumulated. It is in your best interest to think about the future and not to discard practically anything. Every object is useful in one way or another.

These are some of the most important items you will find in the first hours of the game: