Virtual reality (VR) games immerse us in the action in a unique way. They are an unrepeatable experience that everyone should try at least once. To help you choose the game with which to experience this technology, we have played what we consider to be the 30 best virtual reality games.

From Star Wars to Tetris, there is a variety for all tastes. We also inform you which VR platforms each game is available for, so you know better which ones you can play or not. Know now! 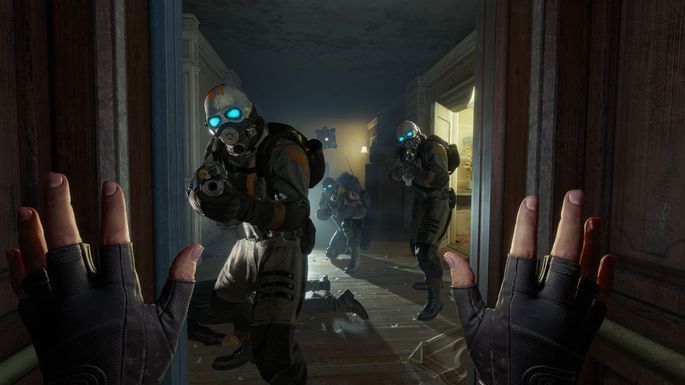 With 11 hours of campaign mode, Half-Life: Alyx is one of the most intense virtual reality games. You'll put yourself in the shoes of Alyx Vance, in a story situated between Half-Life and Half-Life 2. It's a shooter made exclusively for VR, with exceptional control and heart-stopping graphics. Without a doubt, one of the best Valve titles! 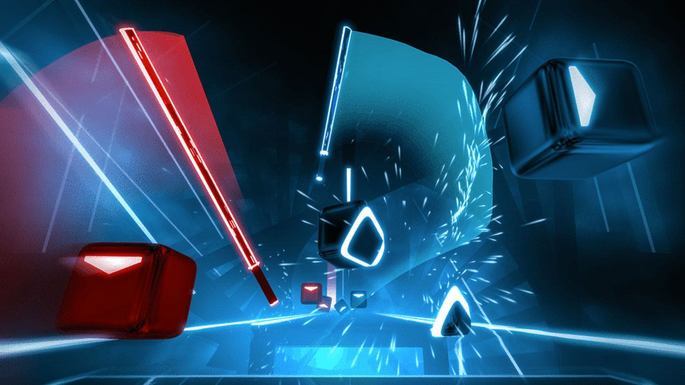 Beat Saber is a musical dance game, but you use lightsabers! As the songs change the rhythm, the sabers change color and the fast pace of the game requires you to be on your feet and constantly moving. It is an excellent game to enjoy good music and exercise by moving your whole body. Watch out for the obstacles! 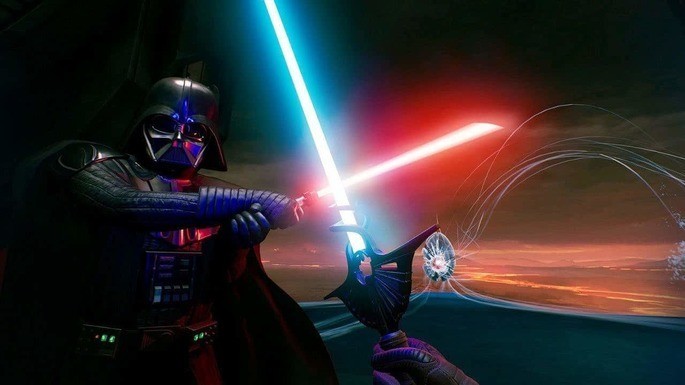 More lightsabers! Vader Immortal originally launched for the Oculus Rift, but lands on PlayStation VR on August 25, 2020. Through three chapters, you'll control a smuggler whose goal is to take on the mighty Darth Vader. To do this, you must learn to use the lightsaber perfectly, and the feeling of wielding it is very faithful to our movements! 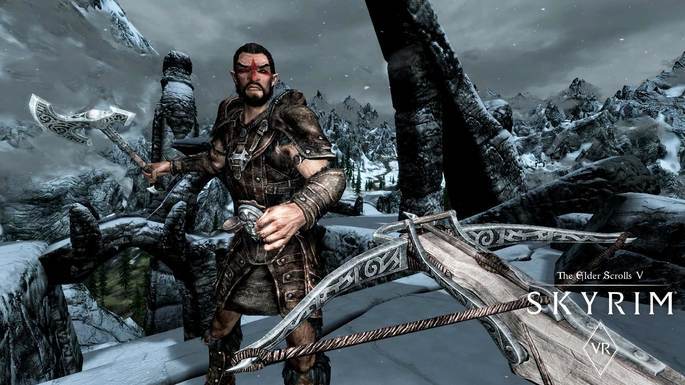 The Elder Scrolls V: Skyrim VR Edition is exactly the same as the original but in virtual reality! In this way, it is more epic to summon or defeat dragons, since it is a fairly well-made version. In addition, it includes all the DLCs, so you will have more than 100 hours of adventure to live in your own flesh. You decide who to be, what to do, when, and how. 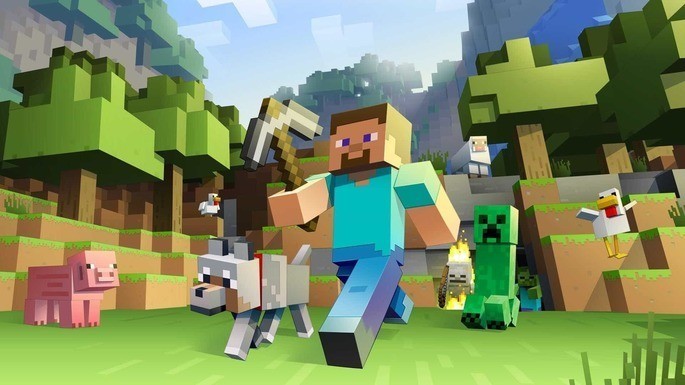 Minecraft is ideal to play with VR. Imagine: exploring, building, gathering resources, and combat becomes more immersive with virtual reality. The handling is quite comfortable and, in fact, for some people, it becomes better than with traditional controls. The VR version also has multiplayer, so you can enjoy adventures with your friends! 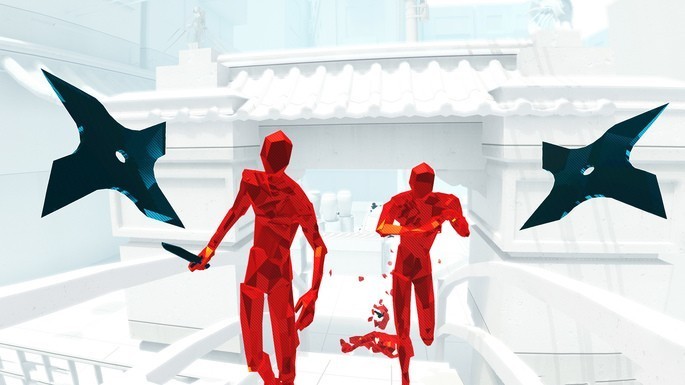 SUPERHOT is an atypical shooter; time only advances if you move. At each level, you have the challenge of eliminating all the red enemies that appear on the screen. With what? Punches, knives, shurikens, firearms, you name it! The original version was already an amazing game, but in VR you feel like you're the hero of an action movie. Impressive like a few others! 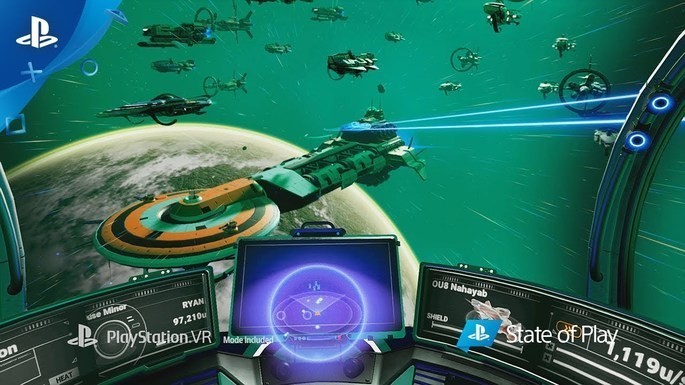 Currently, No Man's Sky is one of the games with the best space exploration experience. If we add to that that you can experience the game in augmented reality, the fun and immersion reach a higher level! In this game, you can build bases, fight against different enemies and explore hundreds of planets full of mystery. A game that has no end! 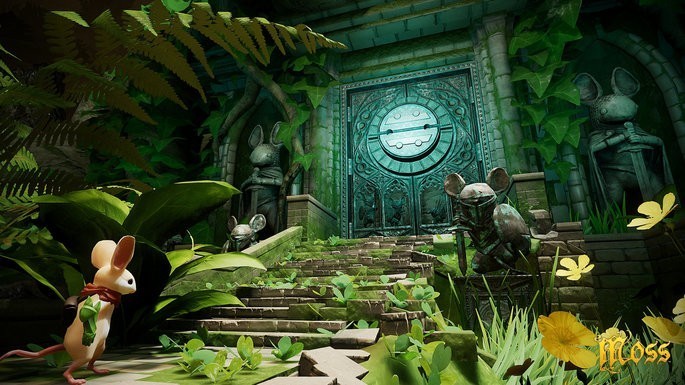 Moss is a beautiful adventure game, in which you control a little mouse, Moss. Your mission is to find and save his uncle, who is lost in a magical forest. To find him, you will have to solve puzzles, face enemies and immerse yourself in this beautiful story for all ages. A different VR game that is very worthwhile! 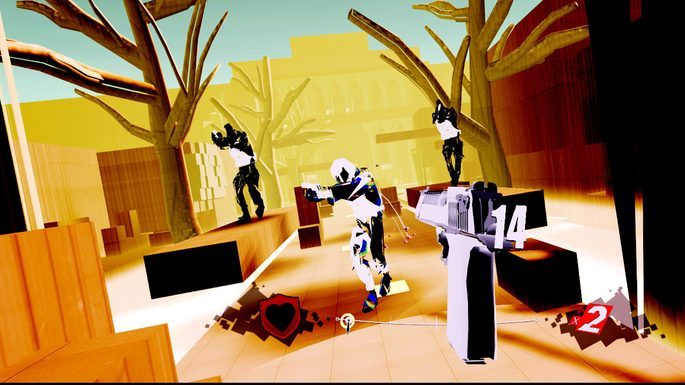 Pistol Whip is a mix of music game genres with shooter. As strange as it sounds, it's pretty cool! You will have to shoot the enemies when they appear on the screen and dodge bullets or obstacles, all with a frenetic musical rhythm. The funniest thing about this proposal is that the shots are part of the music, so you can make your own rhythm! 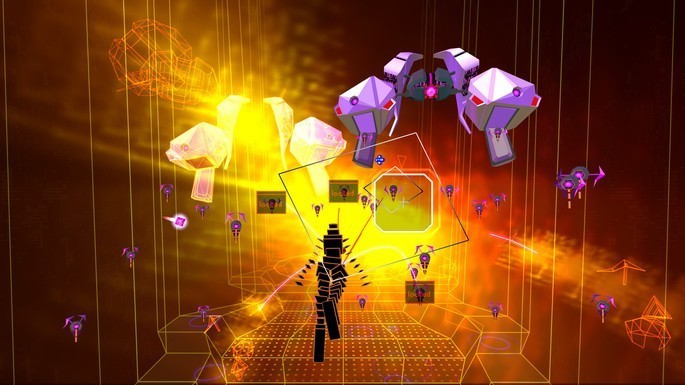 Rez Infinite is the definitive version of Rez, a game that enjoys a good reputation. It does it in style, thanks to a tremendous adaptation to virtual reality. You will control a curious character who must make his way to destroying viruses and firewalls. As with Pistol Whip, Rez Infinite also combines musical games with shooting games, although it requires more precision. 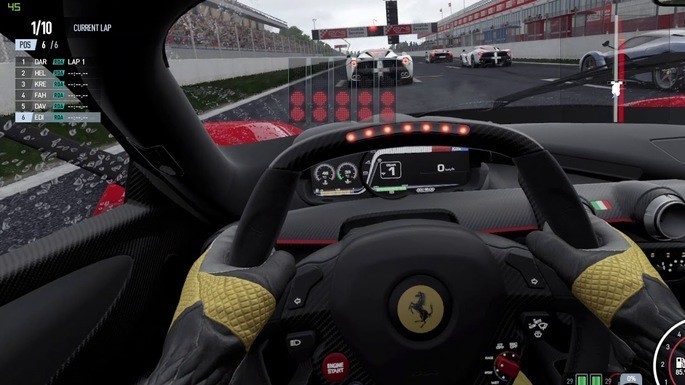 Project Cars 2 is one of the most realistic racing games in the world, and with VR it looks awesome. It's like you're really behind the wheel! The graphics, of course, are spectacular, and climate changes affect the driving of vehicles with great success. From changing gears to cornering, with Project Cars 2 you will feel like a real driver.

In Subnautica you explore a planet that is home to a huge ocean teeming with life. Dive in and discover all kinds of dangers as you search for a way to escape the planet. The environments are beautiful and it is a delight to swim through the sea world, fulfilling missions, managing resources, and creating underwater bases. Put your senses to the maximum, or you will end up in the belly of some creature!

13. Keep Talking and Nobody Explodes 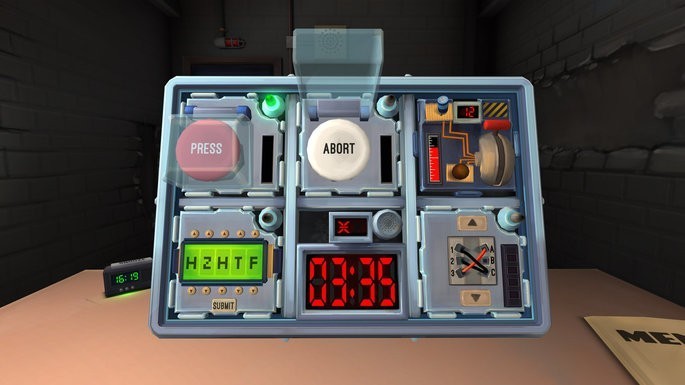 Keep Talking and Nobody Explodes is one of the most popular cooperative games, and it can be enjoyed in virtual reality! Moreover, in our point of view, this is much more interesting. You must disarm a bomb and, for this, you need someone to give you instructions and help you with the mission. Breathe easy, and remember it's not a real bomb! 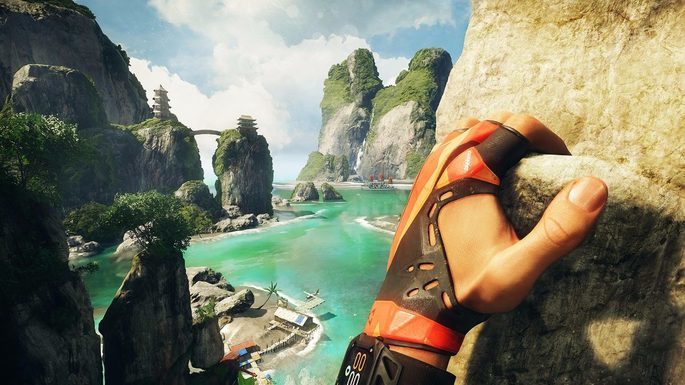 The Climb is one of the best real-life simulation games. The graphic section is sublime, to the point that you will think that you are really climbing, stone after stone. There is a good variety of environments, so you can climb from the safety of your own home. Of course, heights are intimidating in this game; Therefore, if you have vertigo, try to have someone to calm you down and hold you! 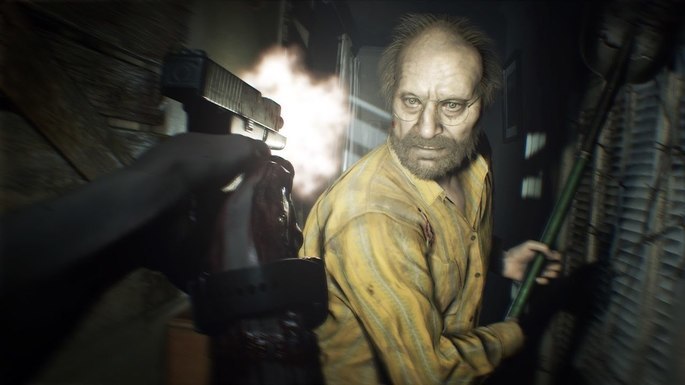 Resident Evil 7 VR is the same as the base game, but five times scarier! If you haven't played this game yet and you have to play it on PlayStation VR, take the opportunity! It is one of the best horror games in recent years and will give you goosebumps many times. Even if you've already played the normal version of the game, we encourage you to give it a try, as it's a solid experience. 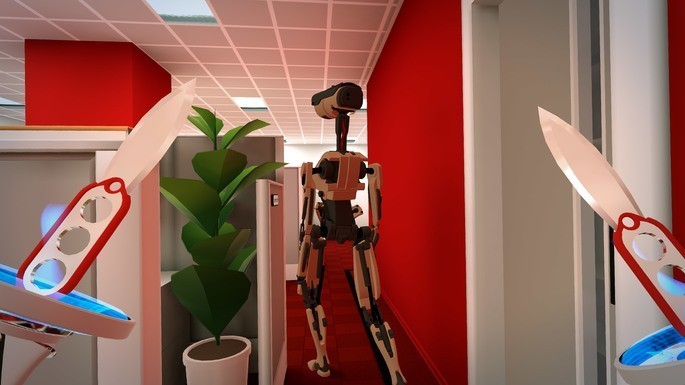 What would you do if a robot threatened to make you lose your job? Well, that happens in Budget Cuts! This game offers some interesting stealth gameplay where you use office items and portal technology to your advantage to escape the office alive. In a way, Budget Cuts is a critique of workplace automation. Will you stay without doing anything about it? 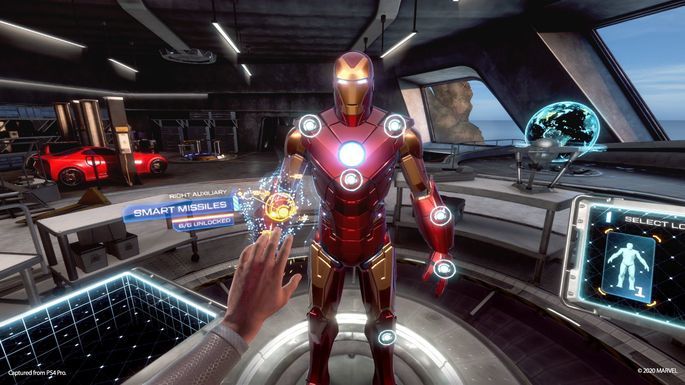 Iron Man VR is an adventure and shooting game in which you embody Tony Stark and his ultra-advanced armor technology. You will face the hacker Ghost, overcoming a good assortment of main and secondary missions. In this game you will experience what it's like to be a real superhero, flying around and upgrading your suits to defeat all enemies. A must for fans of the character! 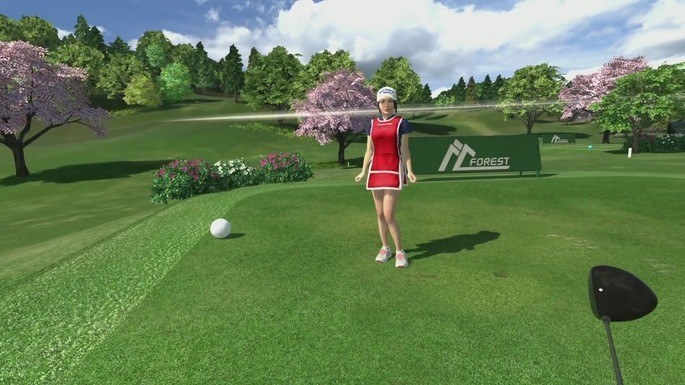 Is it difficult for you to find places to play golf? With the VR version of Everybody's Golf, you won't even have to leave the house. Use the PS Move and compete on three different golf courses. It is a simple game but well done, more than optimal to pass the time with this relaxing sport. 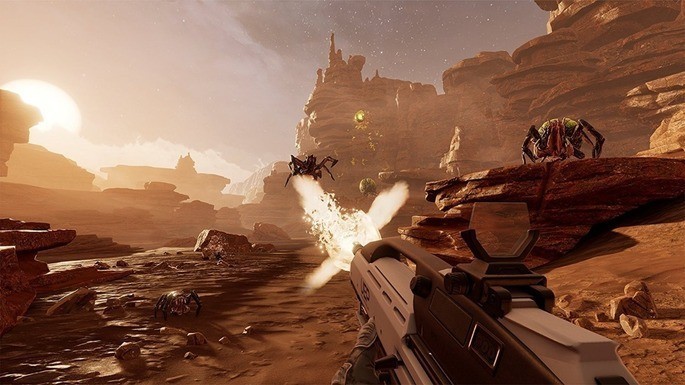 Farpoint was the first to use the PS VR Aim, the controller in the form of a weapon. It places you in scenarios full of alien enemies, who will have no mercy on you at all. It's a game you can finish in about 5 hours, and the experience of using this kind of realistic control makes every minute worth it. Aim well and be quick to shoot! 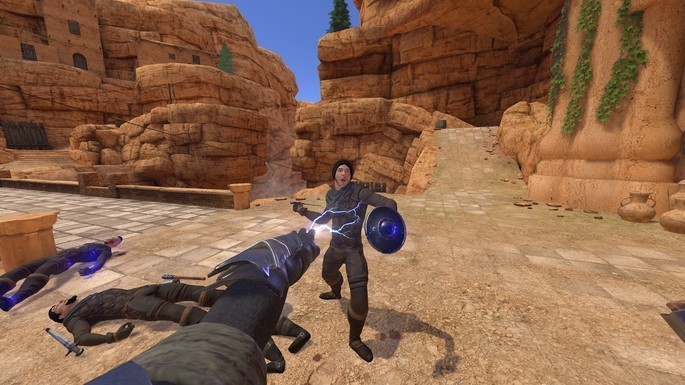 Blade & Sorcery is a medieval sandbox, with a strong focus on combat with swords and magic. The fighting mechanics are very realistic since you will attack with your own movements. That means that to hit well, you have to move fast! The graphics are not the most spectacular in VR games, but the freedom of movement one has totally made up for it. 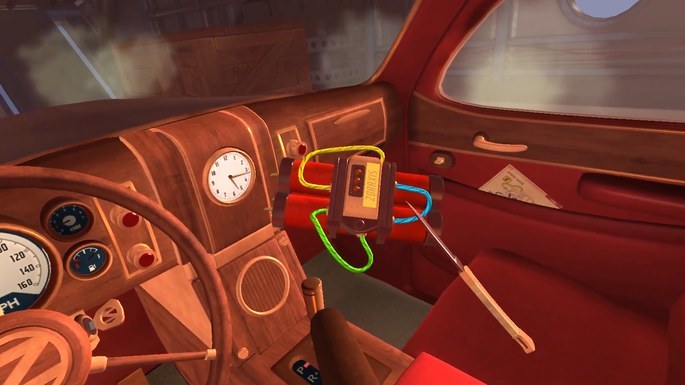 I Expect You To Die is a puzzle game that leaves you with no peace of mind. You will be a secret agent who must escape life or death situations. But is there a trick? Yes: almost all the stages are against the clock. Therefore, it is a tense game in which you must take advantage of everything you see around you. Pay attention, or the agency will have to find a new spy! 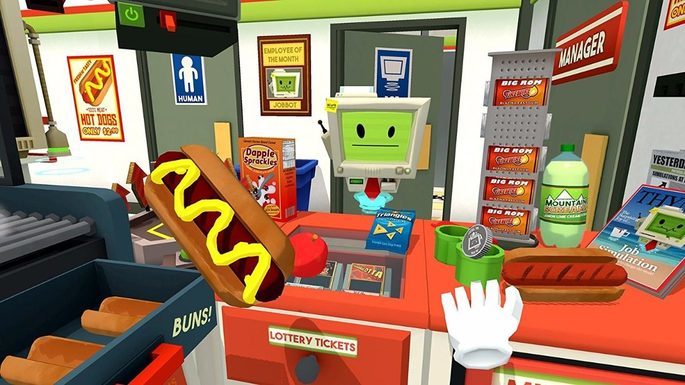 Job Simulator is everything you could hope for with such a title: a job simulator. You can be a receptionist, a chef, or a mechanic, among other options. The virtual reality experience is a lot of fun, mostly because of the funny situations that happen, either by mistake or just because you want to let off steam.

In Lone Echo, you will control a very advanced artificial intelligence robot. You must help the captain of a spaceship and unravel a mystery in the vicinity of Saturn. The game is impressive for its graphic quality and for the level of immersion it has since it knows how to make you part of the story in a masterful way. 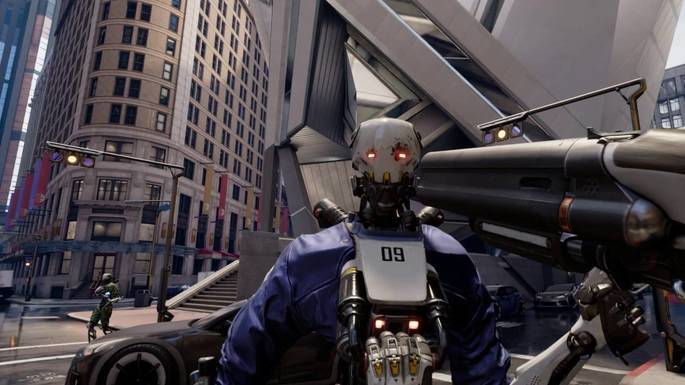 The robots have gone rogue in Robo Recall and the world needs you to take them down in this high-quality shooter. Move around the city and climb to the top of the buildings. Use different weapons and ways of fighting to rid society of these dangerous machines. Nobody wants the Terminator to come true! 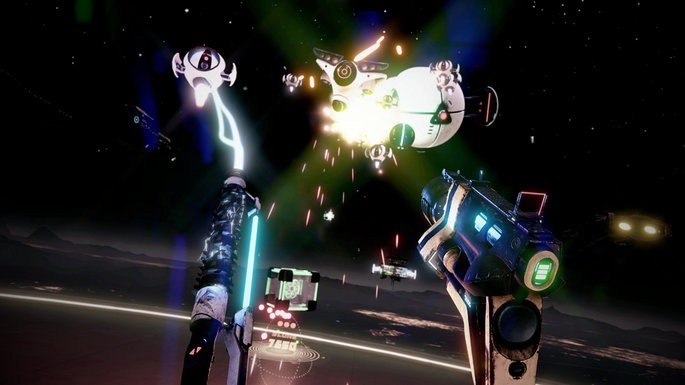 In Space Pirate Trainer you'll wield two blasters to deal with pirate ships that threaten to destroy your base. It is a game that requires a lot of attention and space in your playing area since you will need to crouch and lean-to dodge enemy shots. The levels get tough later, so never let your guard down! 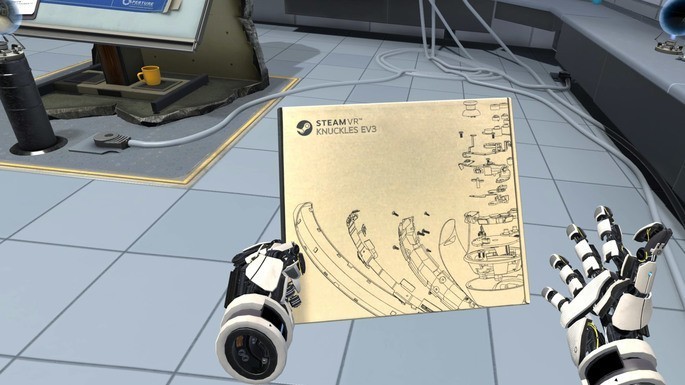 In The Lab, you will return to the laboratory of the famous video game Portal 2. Here you will need to complete tasks related to working in this environment. That involves repairing robots, trying on armor, and many other activities that will introduce you to the world of virtual reality, taking full advantage of the context of Portal 2.

The Talos Principle VR contains dozens of puzzles to solve. The first ones may be simple, but then it grows quite complex. Before you know it, you'll be spending hours trying to beat some puzzles! Visually it's a beautiful game and as you progress through the story, the setting and the world will keep you interested until the very end.

Trover Saves the Universe comes from the mind of one of the creators of Rick and Morty. He shows his stamp by the strange and hilarious situations that are in this game. In order to save the protagonist's dogs and the universe at the same time, you will have to overcome different phases with elements of platforming, exploration, and combat. It's quite a varied game! 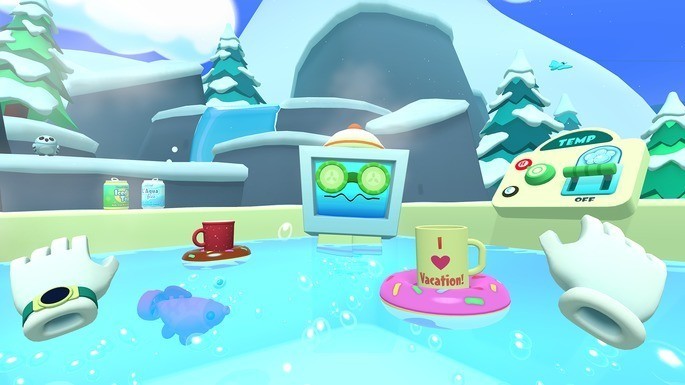 Vacation Simulator will take you to an island to explore whatever you want and make the best vacation. Snow, beach, mountains, or open field, everything is at your disposal! Interact with other characters, complete simple quests, and create unforgettable memories. In short, it is a game to relax and have a good time in a virtual world. 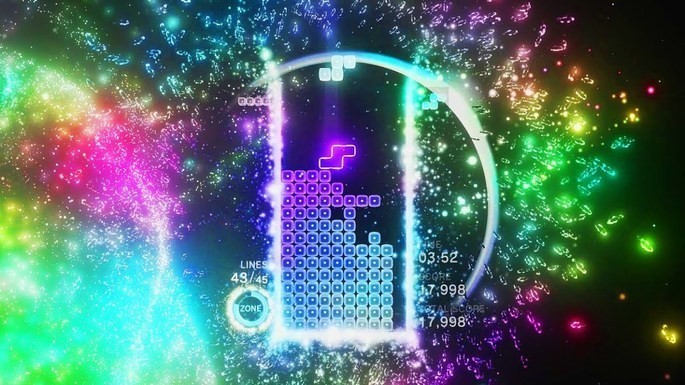 Tetris Effect is one of the best versions of this classic! But how is virtual reality? The graphics are in 3D and the visual effects increase in number with each level you complete. For those who like this franchise, it is an opportunity to enjoy it in its most spectacular audiovisual version.