GTA V is an endless game that hides endless surprises. It's crazy how many mysteries there are in GTA 5, whether it's in the form of easter eggs or secret locations. If you want to discover which are the most striking and popular, here we collect nothing more and nothing less than 18 different Grand Theft Auto V mysteries. We tell you where to find them! 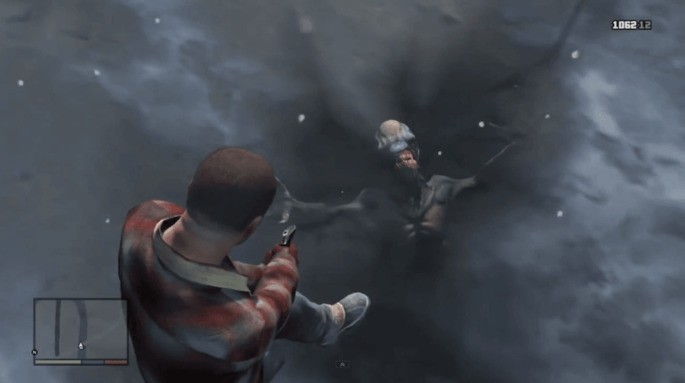 As with Bigfoot, aliens are a constant reference in Grand Theft Auto. In the V you can find more than one easter egg that is related to the terrifying aliens.

The Big Foot began to appear in the GTA San Andreas installment and is a reference to the famous BigFoot myth. He is also present in Grand Theft Auto 5, although he can only be seen during a specific mission, called The Last. To do that mission, you must first have completed the main campaign 100% and spend a week with Franklin.

In that mission, you will see that you have to hunt down a somewhat strange being. It's Bigfoot! It is difficult to locate it, but the objective will be to search for it with the thermal sight and hit it with a shot. After achieving it, what happens next is something that is best experienced by oneself.

Be careful though, if you find him with the thermal scope and switch to the normal scope, he will disappear! In this video you will see an example:

In La Mesa, east of Los Santos, there is a building belonging to the Fridgit company. Upon entering the cooling estate, one of the blue doors will be half-open. If you look through the gap, you will be able to see a big snowman behind the boxes. To be honest, the smile he has is somewhat macabre and disturbing. 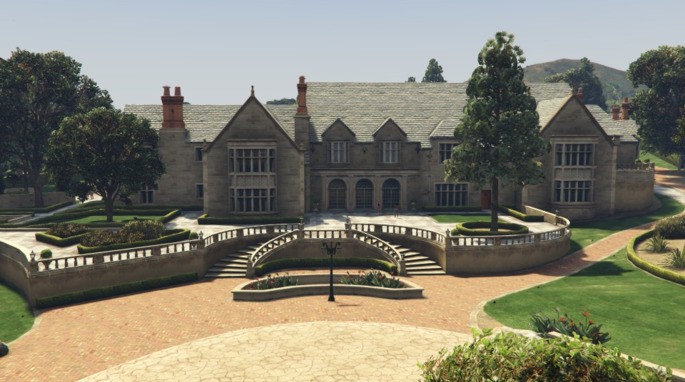 The Playboy Mansion is one of the most striking easter eggs in the game. It looks a lot like the real version of Hugh Hefner, as it has a pool, a bar, topless women, and rich old men. It is common to find a party in progress, which can last all night. In a somewhat peculiar way, as soon as dawn comes, people start to disappear.

You can find this mansion in Richman of Los Santos, near the golf course, north of Americano Way, and west of West Eclipse Boulevard. You have no loss!

Because Red Dead Redemption is from Rockstar, it is normal that we see references to this game in GTA V. To find this easter egg, head down Strawberry Avenue, under the road. There you will find various graffiti on the wall. Pay attention to details!

As you take a look, you will notice that one of the silhouettes is John Marston, the protagonist of the unforgettable Red Dead Redemption. You will see him riding a horse, under the full moon. In addition, in the same place, you can also find another easter egg. It is the Nyan Cat, the gray and pink cat that leaves a trail of rainbows behind him.

Returning once more to Mount Chiliad, it is possible to see a face carved into the mountain. It is located in the northern part of the area, and the truth is that it is somewhat difficult to see it unless you go by helicopter. To make sure you're close to where this face appears, go search near the cable car station.

7. Precipice from the movie Thelma and Louise 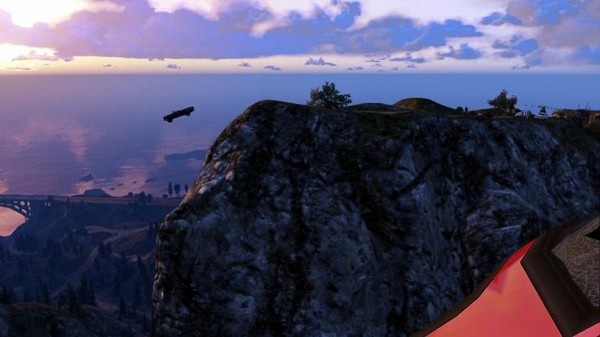 The first secret place we share is a reference to a cult movie from the 90s. You might think that movie has nothing to do with GTA, but it has similarities! Two women escape from the police, experiencing some rather frantic car chases. They finally decide to jump off a cliff. Does that spoiler remind you of anything?

Precisely Rockstar included this scene in GTA V. If you use any type of transport and go to the mountain near Raton Canyon, you will have a chance to see the same scene recreated in the game. To witness that highlight, make sure it's between 7 and 8 p.m. in-game. 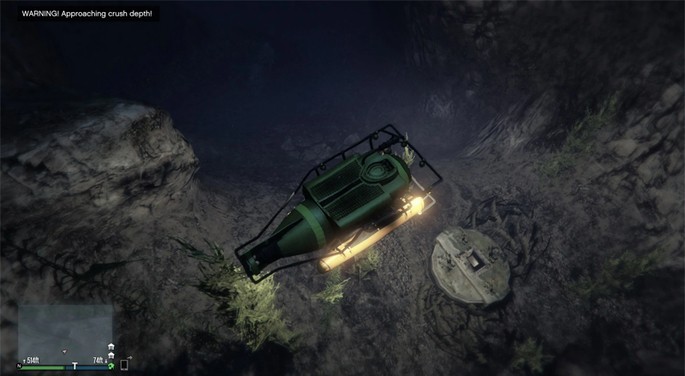 If you go with a submarine to the depths of the east coast of San Andreas, near the San Chianski Mountain Range, you will find The Hatch. It is, nothing more and nothing less, the famous hatch that appears in the Lost series. His purpose in the game is a complete mystery; in fact, if you come close to opening it you will die.

What's more, if you activate the invulnerability cheat, it will automatically deactivate when you get close. Why would that be?

In West Vinewood you can find the GTA V Walk of Fame. There you will see an undead that, surprisingly, will not attack anyone. The zombie will stay there, walking around and talking about different random topics. He will sometimes talk about brains that he wants to eat. Luckily, it won't eat yours!

The truth is that, with this being a non-aggressive zombie, doesn't it remind you of the movie "My boyfriend is a zombie"? 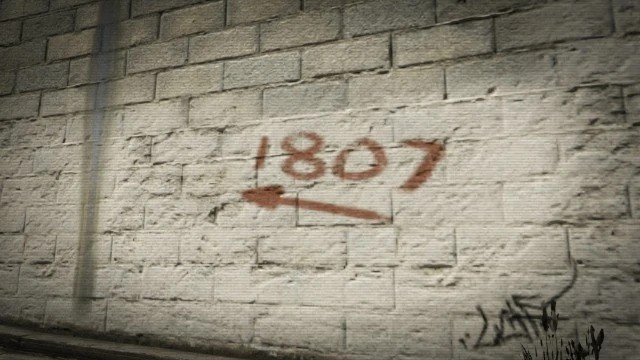 Serial killer Charles Manson has a small reference in GTA V. To find the easter egg, you have to go to Vinewood Hills. On one wall you will find graffiti with the number 1807 and an arrow below it. 18 was the number of women who lived with him, thus forming the Manson Family.

As for 07, it is related to the murders committed by Manson. Added to this, there are gamers who claim that in Vinewood Hills there is a civilian with a face similar to Charles Manson, but it has never been confirmed.

11. The Ghost of Jolene Cranley-Evans

This is an easter egg well known to veteran GTA V players. It is said that, in 1978, Jolene was walking through Mount Gordo with her husband John Cranley, also known as Jock. From one moment to the next, Jock pushed his wife away from him. Jolene died on the spot and her husband escaped jail due to a lack of evidence.

Since then, Jolene's ghost appears over the area at 11 p.m. You'll need a sniper rifle to locate her first, although you can try to get close. By the time she's gone, the name "Jock" will be written in blood on a rock. In addition, you will be able to hear chilling noises and screams.

Interestingly, this case is a reference to a real event that happened precisely in Gordon, Pennsylvania.

Rockstar is a company that considers itself a fan of cinema. For that reason, it's no surprise that they've also included references to movies in the Back to the Future franchise. Although in GTA V we will not find Marty's hoverboard or the DeLorean, there are other Easter eggs. 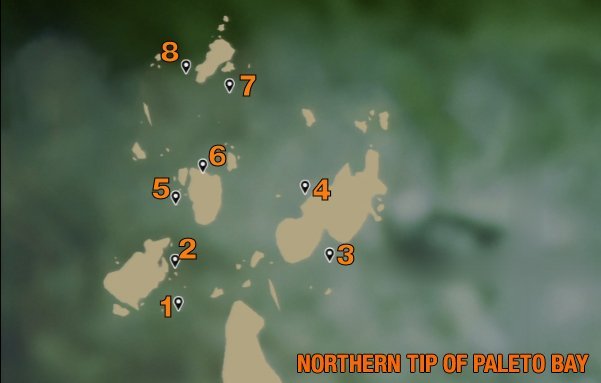 Merle Abrahams, known as the Infinity Killer, is mentioned several times in GTA 5. It turns out that he killed eight people and threw the bodies to the bottom of the sea. Throughout the game, you will be able to find references and clues about the whereabouts of the victims.

For example, in Blaine County by Sandy Shores, you will find a good handful of hidden notes and phrases. Nearby you will find a somewhat terrifying poem. At the Yellow Jack Inn, you will see traces of blood related to Abrahams. But the icing on the cake is at Bolingbroke Penitentiary, where there is graffiti that gives us a clue as to the whereabouts of the bodies.

As you can see in the image, the victims can be found on some islands near Mount Chiliad, north of Paleto Bay. 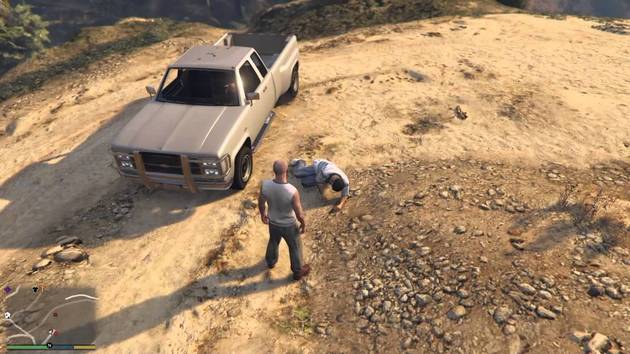 Whoever saw this film will recognize very well the representation of one of its scenes. On the west side of Mount Chiliad, you can witness a failed negotiation between drug dealers. There are a few dead vehicles and men lying on the ground. If you explore a little, you will find a living person who will ask you not to take the briefcase with money.

Just like in the movie, if you decide to take the briefcase, you will be chased by other criminals. If you do well, you will add a lot of money to your account!

This is a location that is only available in single-player mode. To find the cabin, look north of Alamo Pier off of North Calafia Way. When you arrive at the destination, you will see Jesco White doing his typical dance. He is a real artist who provides his voice in one of the GTA V stations.

If you play as Michael and go into the Suburban store, one of the clothes you can pick up is the Hawaiian shirt worn by Max Payne in the third installment of the franchise. But the similarities do not end there. If you put aviator glasses on him and go to the barber so that Michael goes bald and has a beard and mustache, he will look almost the same as the protagonist of Max Payne 3!

It is undeniable that the Chef from GTA V is a clear reference to Walter White from the Breaking Bad series. Both cook methamphetamine and have a certain physical resemblance, saving some distances. Not only that: it is also said that you can make Michael look similar to Walter White.

The protagonist of the previous installment, Grand Theft Auto IV, deigns us with his appearance at different times in the game. For example, on Senora Road, there is a poster showing the death of Niko Bellic. In campaign mode, James De Santa can be seen logging into LifeInvader, showing Niko Bellic's profile.

Another easter egg related to this character happens in the mission "Jewelry Inspection". His name is mentioned directly, as well as the McReary Family. Last but not least, in GTA Online you can make a character quite similar to Niko Bellic.