Kalahari is the third Free Fire map, with a desert setting and a good balance between open places and areas full of buildings. There is also a lot of variety: Aztec pyramids, a stuck submarine, a prison, a shipwreck, etc. That's all very well, but where can you find the best loot in the Kalahari? Here we tell you!

In this article, we tell you about the recommended places to loot on the Free Fire Kalahari map. We also share some comments in relation to each of the 13 areas of the map, so that you know the advantages and disadvantages of each one. Know now! 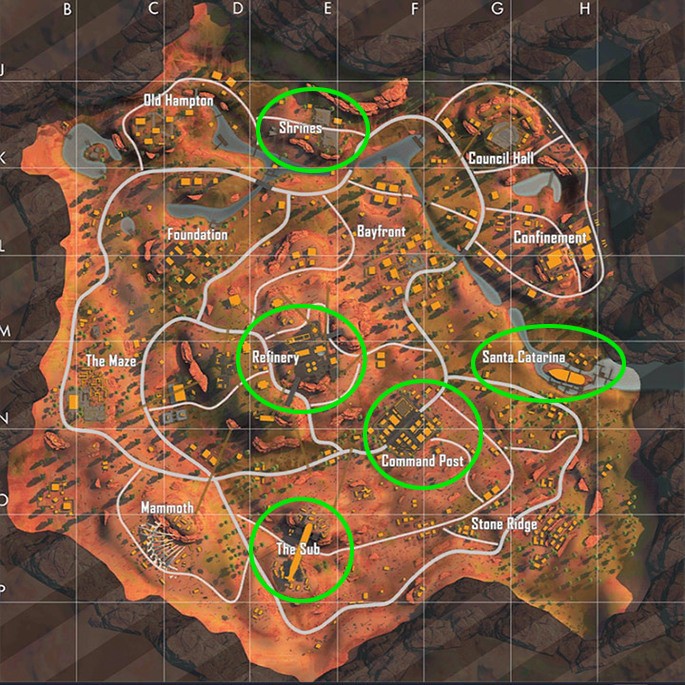 Here we tell you what are the five best places to land in Kalahari. The selection was made based on the quality and quantity of loot that you can find, its position on the map, and the danger of going to that area. 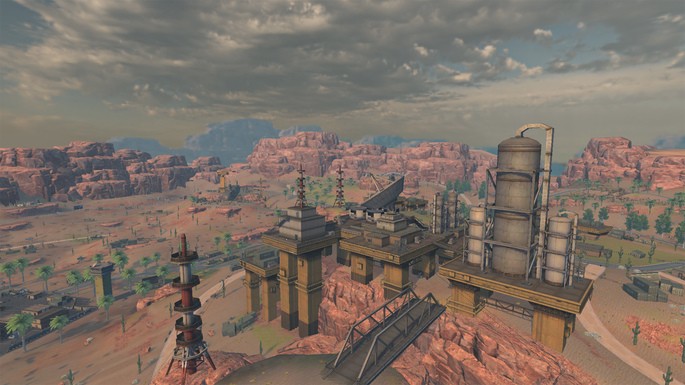 The oil refinery occupies the most central place in the Kalahari. As a result, you will be safe from the radioactive storm for most of the game. However, being a centralized site, many players land on Refinery. Always keep this in mind, as it is a dangerous place!

Also, the refinery is full of platforms and stairs, with quite high areas. You will find a good amount of loot scattered throughout the area, especially if you manage to land on the platforms before other players. The refinery is also a good place to take up position and take a look around with a sniper rifle. Of course: take good care of your back. The refinery is prone to ambushes! 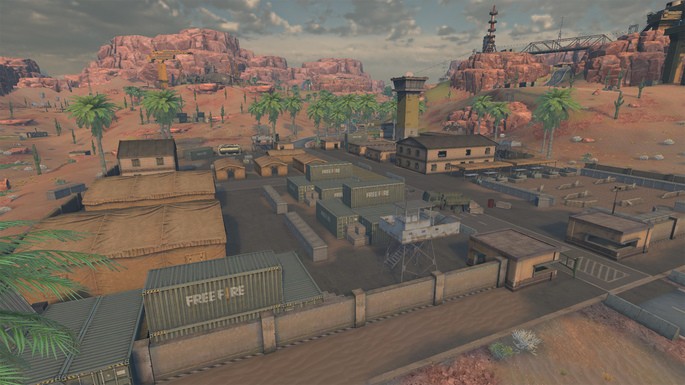 Military territories tend to have plenty of quality loot, and Command Post fits that bill. It is located between the Refinery, which we have already discussed, and Santa Catarina, another popular area in the Kalahari. As you can imagine, it is a point on the map that many players choose to land. Although it is dangerous to start here, the reward is worth it!

You'll find plenty of powerful weaponry and ammunition in the Command Post containers, tents, and buildings. If you play with a squad, everyone pays attention. There are sure to be other squads exploring and looting; Fortunately, there are many parts of the Command Post that you can use to hide.

If you decide to stay in Command Post, use the second floor of the central building to keep an eye on the town. 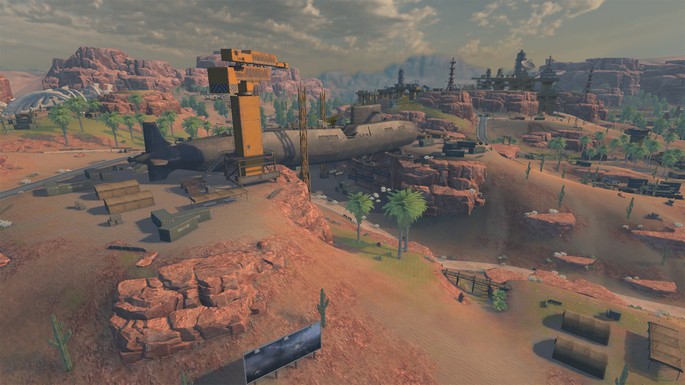 A submarine stuck between two cliffs is not something you see every day. At first glance, it just seems like an interesting place, but we recommend exploring and looting the area. You will find quite a lot of loot in and around the submarine!

It is worth commenting on two more aspects. For one thing, if you go to The Sub, get your weapons ready and scout quickly, as it's very easy to get cornered. On the other hand, it's wisest to land here only if the plane's path starts from the other end of the map (Shrines or Council Hall, for example). If the route starts by going over The Sub, there will be too many players in the area! 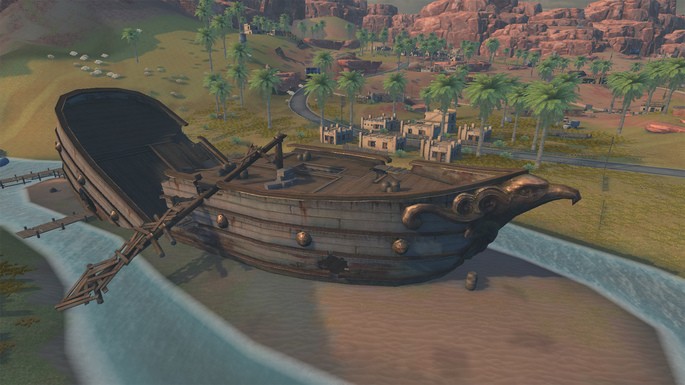 We went from a stuck submarine to a shipwreck! In this case, you will find a lot of loot through the cover and even in the buildings near Santa Catarina, although to a lesser extent. When you are about to land, take a good look around you. If you see other players, land outside on nearby buildings. The danger of starting on the ship is that you can be attacked from both sides.

To get out of Santa Catarina, go over the bridges or use the broken mast. If you go through the water, you risk being a very easy target to shoot down. 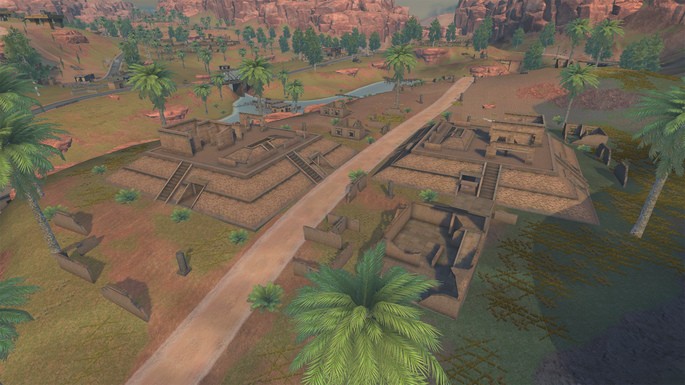 Shrines are a good place to find a good variety of loot. It is inspired by the Aztec pyramids and it is a beautiful place among so many deserts. You will have to spend a few minutes to loot and get all the valuable loot Shrines has to offer. Pay attention if you land on the outside because the players who are in the pyramids will have an advantage.

In case the last few circles close around Shrines, equip a ranged weapon. Thanks to the pyramids, you will be able to defend the position with some ease and without being an easy target. The walls will help you! As a final note, Shrines is the same as The Sub: if the plane's path starts over this location, prepare to wage war! 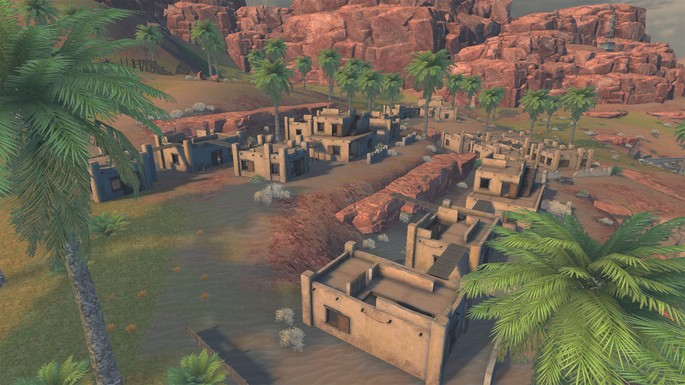 Stone Ridge is a small hamlet of houses closes together. It is somewhat popular, as it is a good place to start the game, although it is too far from the center. The same houses will give you protection and you will enjoy good loot. If you explore the rooftops, take a good look around you, as you will be an easy target. We recommend you always go indoors.

If the plane's path is too far from Stone Ridge, land elsewhere. It's not worth traveling that far. 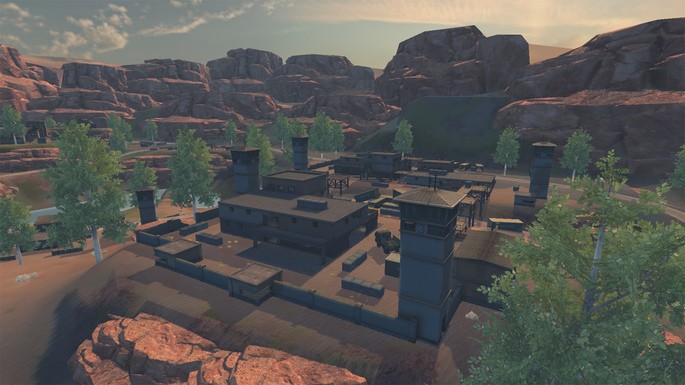 Confinement Prison is a good place to explore both early and mid-game. From time to time, you will be able to get quality loot, and there are always vehicles inside or nearby if you need to get out of there fast. It's also a place where it's easy to protect yourself, but don't let your guard down, as Confinement suffers from having a lot of ganking points.

If you start here, try to check where the other players are falling. In case you enter Confinement minutes later, enter through the holes carefully, as this prison is an excellent surveillance point. If you're not careful, they'll see you coming! 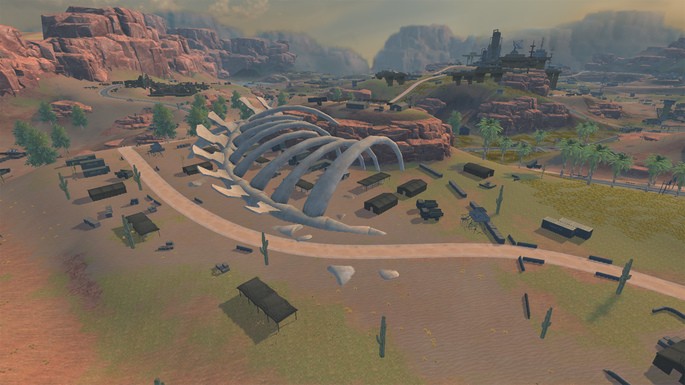 Mammoth is inspired by Skull Town from Apex Legends, with a massive skeleton positioned right next to a tall hill. It's a decent place to both start the game and end it. To explore and make sure it's clear, you can even walk on the bones and look down.

If what interests you is the loot, you will find quite a few things in the camps. However, there isn't a lot of quality loot compared to others, so Mammoth works better as a vantage point to end the game than to start it. The hill is the ideal place for snipers! 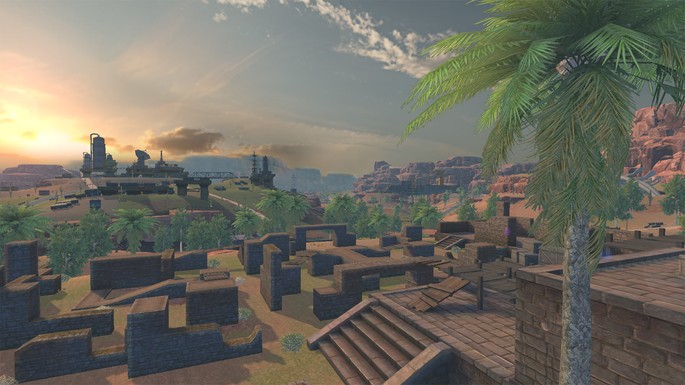 The Maze consists of labyrinthine ruins that are interesting to explore. You won't get the best loot the Kalahari has to offer, but it is useful as a starting point. It's relatively easy to loot from this location, even with enemies nearby. Due to the labyrinth layout, it is easy to escape from enemies. That also means that if you chase them, you'll quickly lose sight of them! 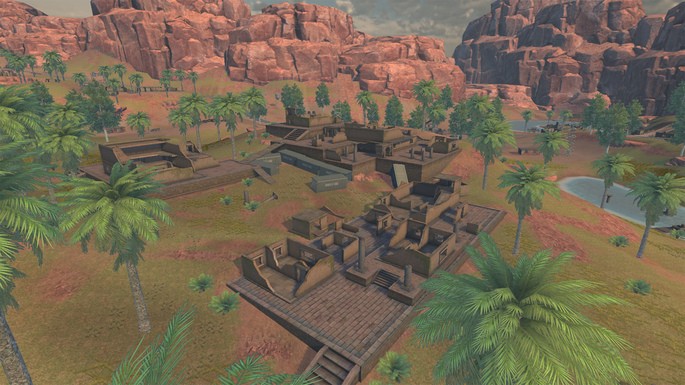 Foundation is more valuable for its position than for the loot it offers. You will find medium-quality loot, but the good thing is that it is close to the Refinery. If instead of starting at the refinery, you want to allow a few minutes for the number of players to dwindle, Foundation is a good starting point!

You will have enough weapons and ammunition to then explore the Refinery and loot everything that has been left behind. Of course, if you choose to follow this tactic, remember that a Refinery is an ideal place for snipers. 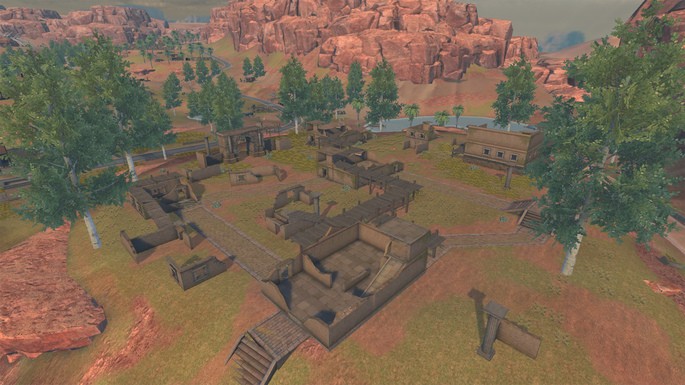 In the extreme north of the Kalahari, we have a kind of ruins and buildings called Old Hampton. There is loot scattered around the area and it is well worth a visit. However, only go to this spot if the plane passes nearby, as it will be difficult for you to stay within the circles. After all, it is one of the furthest points from the center.

The advantage is that it is close to Shrines. If you prefer to wait before entering that crowded place, Old Hampton is a good start. 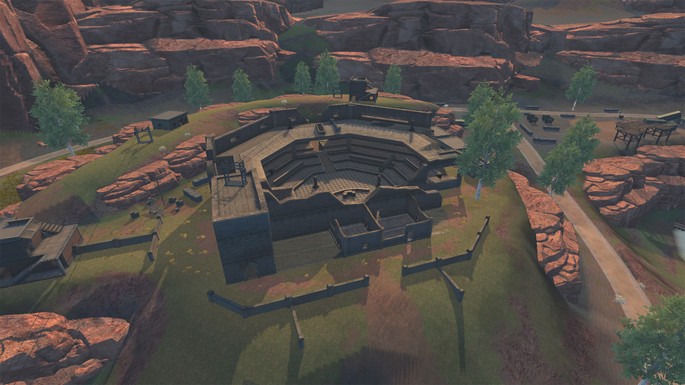 We pass east of Shrines with Council Hall! It's not a popular spot so unless the plane's route starts here, you won't have to worry about finding enemies. Land on the highest area and take your time exploring. Council Hall enjoys several zip lines and vehicles nearby. Therefore, do not be afraid to take your time. 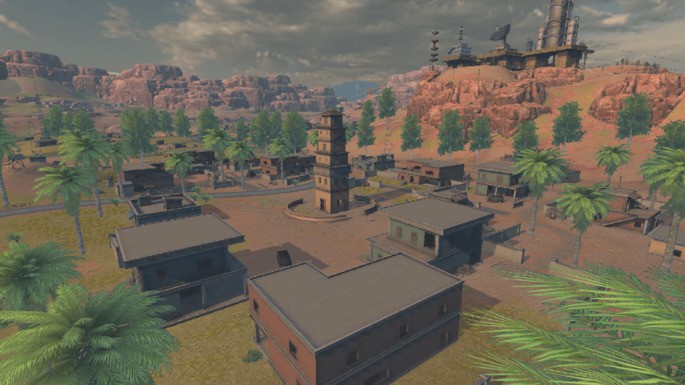 Bayfront is a place that can be filled with players or not; it all depends on the route of the plane. There is some good loot in Bayfront buildings, but it suffers from a serious problem: it doesn't provide much protection. In particular, it is a bad idea to go through the square, because you can be attacked from all sides. Forget about the tower, as it's too dangerous to go there and Bayfront loot is pretty average.