Playing FIFA 20 Career Mode is one of the most rewarding experiences in the game. If you still don't know which club to choose for this modality, we will make your task easier. In this article, we recommend 16 different teams, divided according to their quality and budget. You can choose one of the richest European teams or a modest one that will require more effort to succeed.

Find out which are the 16 teams that we recommend to experience the FIFA 20 Career Mode. We inform you about the team's general score, the transfer budget, the outstanding players, and the league to which they belong. Ready for the trip?

Here you will find 10 excellent FIFA 20 teams with players of tremendous quality and with enough budget to change what you consider necessary. We have tried to recommend two teams from each of the five major European leagues. 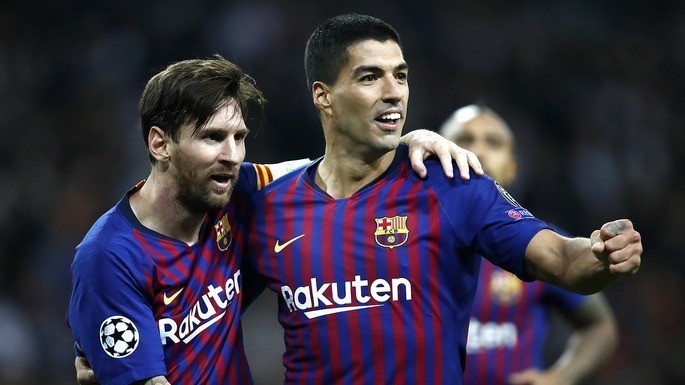 Barcelona is one of the clubs with which you will have enough facilities to work. Messi, Suárez, Griezmann, and De Jong are plenty of reasons to beat any team in the Spanish league. If you add to that that it has a budget of 188 million, ready to be used, no title will resist you!

The great challenge will be to maintain the lead in the Spanish league and win the Champions League again in FIFA 20. Lately, Barcelona has been unable to obtain a said trophy, so there is no better time to give the club what it deserves. 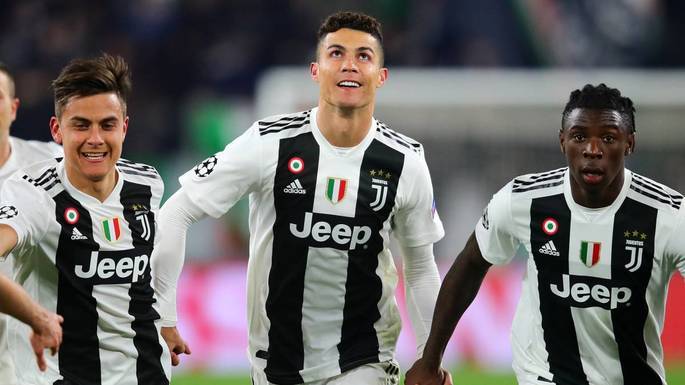 FIFA lost exclusivity against PES and, for that reason, in this edition, Juventus is called Piemonte Calcio. It is a team that is in a similar position to Barcelona, ​​as they have been successful in recent years at the national level, but the Champions League is still a dream.

It has considerably less budget than its Spanish counterpart but has become a titan in Italy's Serie A. Cristiano Ronaldo, along with Matthijs de Ligt, Dybala, and other players, are a fearsome force for the rest of the teams to beat. They only have a little push left to become the quintessential European titan. Will you give it to him? 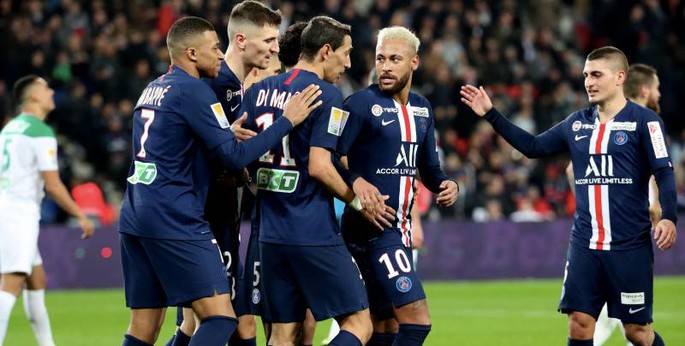 In recent years, PSG has become an unstoppable force under the command of authentic cracks like Neymar, Di María, and Mbappé. The whole team knows how to work as a strong, cohesive team with a thirst for victory. If you are interested in the French league, there is nothing better than experiencing Career Mode with this colossus of France.

Paris Saint-Germain is a team that has good players in all positions. Even so, you will have nothing more and nothing less than a 184.5 million budget for transfers. That gives you a lot of room for negotiation to get an even better team than the current one, and thus maintain the lead in all competitions. 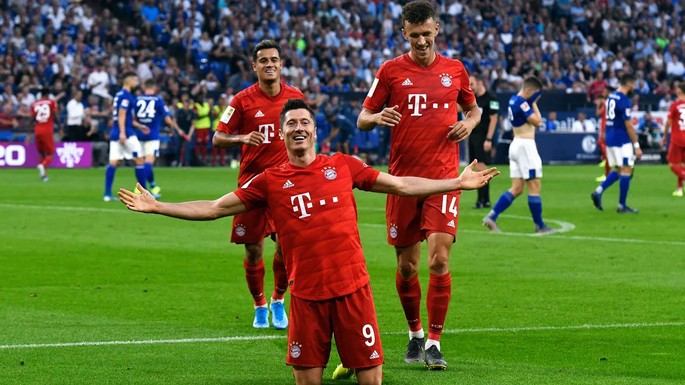 FC Bayern Munich is excellent, experience, and quality in its purest form. The lineup is packed with players who play their roles perfectly, achieving enviable results that other teams can only dream of. However, quite a few players are old by football standards, so it's time for a makeover!

Under Lewandowski's leadership and with promising youngsters like Alphonso Davies, it's a matter of going further. The challenge with this team for FIFA 20 Career Mode is to stay on the podium and transition to younger, but also talented players.

Premier League is a league full of amazing teams, so it's hard to pick one to play in Career Mode. Of all of them, the first that we want to recommend is Liverpool. They are the third English team with the highest transfer budget, but the important thing is that, at present, this team is 100% solid in attack and defense.

If you dare to be in charge of this club, it is necessary to strengthen the midfield. The defensive and offensive players do real feats in the games they play; imagine what level they would reach with better midfielders! 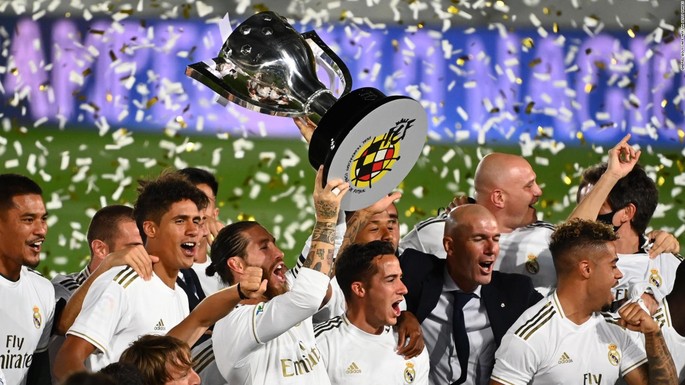 Real Madrid became the champion of the Spanish league for the 2019/20 season. Can you replicate their success? This cast of players does not lack quality anywhere, so it is easy to achieve excellence in football. However, not everything is easy when it comes to winning competitions, so you will have to make the most of this club.

Although there are impressive players at every position, as a coach keep an eye on young prospects. In fact, at Real Madrid you have Vinícius Jr, Rodrygo and Federico Valverde, three players who can grow up to become the new stars. If you don't put them as starters, don't be afraid to give them up for a season. Trust us; Sooner or later you will reap the rewards! 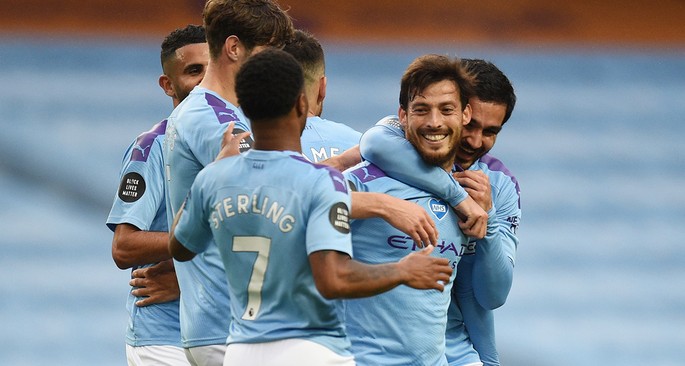 The second English team that we want to recommend is Manchester City. It is a club that needs a little more to take off and become the absolute rival to beat in the English league. And not only there, but also in the Champions League!

With Manchester City, you have more than enough money to sign the players you see fit. The defensive line needs to improve, because only then will you unleash more potential in other cracks. Kevin De Bruyne, David Silva, Kun Agüero and Raheem Sterling will be able to do more damage to the opposition if there is more talent in defense. 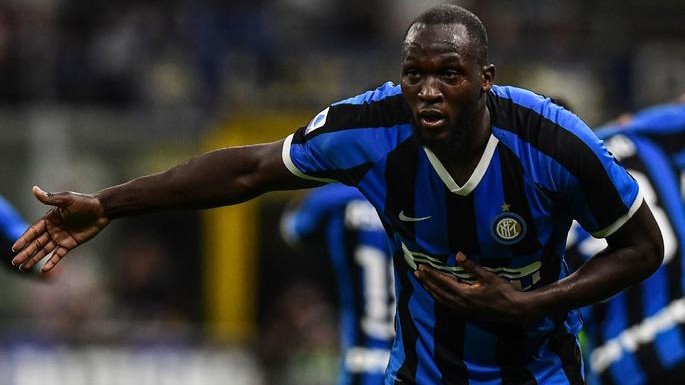 Popularly known as Inter Milan, this is one of the best teams in the world. Some time ago he was unstoppable with the offensive duo formed by Ibrahimović and Adriano. They have also had midfielders like Figo or Cambiasso, and a perfect defense with Zanetti, Materazzi, Córdoba, and Maicon. They were golden times!

Unfortunately, today the Internazionale just watch Juventus win several Italian championships in a row. This is the perfect opportunity for you to take command of the Nerazzurri team and return to the glory of yesteryear.

For this, you will have Godín in defense, Handanovič in goal, and Lukaku in the attack. All these great players are a good base for the team, and you will be able to make the most of them. Internazionale has 53 million in the bank, so there will be enough money to make excellent deals! 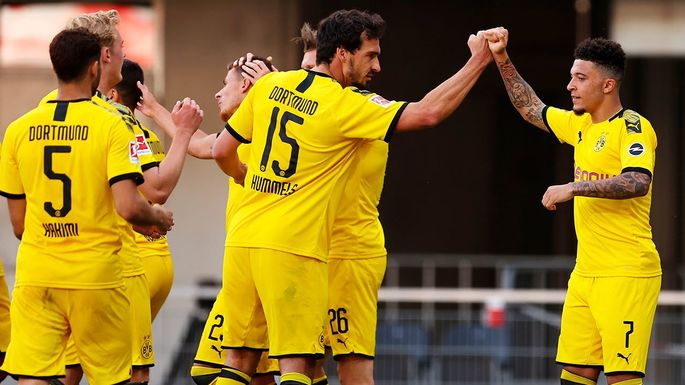 Borussia Dortmund is a club that has its ups and downs and still has a long way to go to usurp the throne from FC Bayern Munich. This team has a good balance between veteran and young players, and it's a matter of using the 60 million budget wisely.

If you choose to play Career Mode with Borussia Dortmund, don't underestimate players who have potential. Jadon Sancho, Dan-Axel Zagadou and Erling Braut Haaland are three players who should be developed. As long as you invest in them, in a new defender and midfielder, you will have all the necessary tools to lead the team to success! 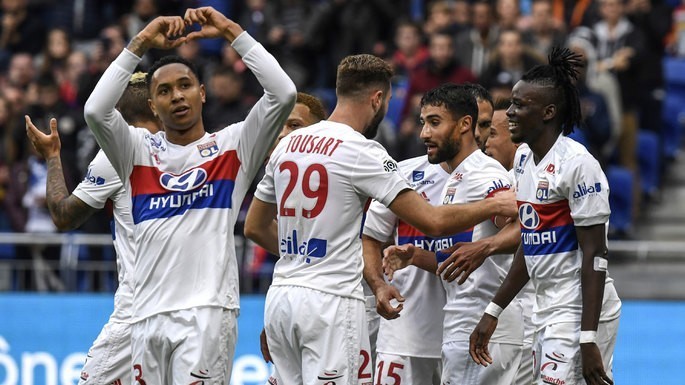 Before PSG owned the French championship, Lyon managed to win the league seven times in a row. From 2001 to 2008, he conquered France under Brazilian midfielder Juninho Permambucano and striker Fred. The glory days are long gone now, but for that very reason, it's a recommended team for Career Mode.

With Moussa Dembélé, Bertrand Traoré, and Martin Terrier in attack, Lyon also has great promise in midfield. In fact, the best thing with this team is to consolidate the team for future seasons. You will start with 40.5 million in the bank to reinforce what you think is convenient. With tweaks to the tactics, maybe you can take on the titan Paris Saint-Germain!

Here below you will see 6 other small and interesting teams that are not very successful or have a large transfer budget. Therefore, succeeding with these teams will be a more expensive task, especially those with which you must climb first in the division before competing against the best clubs in the country.

It is difficult to get among the best English teams without being defeated and off the podium. Of all the teams in the Premier League, we have considered that Aston Villa is an interesting proposal to achieve such a feat. The economy of the team is not bad at all, with 37.5 million ready to be used.

Douglas Luiz is a player worth developing. Jack Grealish and John McGinn are also midfielders with room for improvement, so your focus should be on strengthening defensive positions and the forward line. Don't hesitate to take advantage of loans and, although you may not have immediate success, with a good plan, you can make Aston Villa a worthy rival! 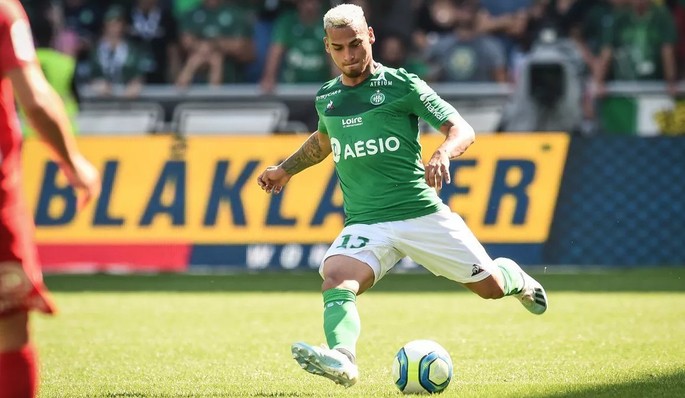 AS Saint-Étienne is a team that, in the past, enjoyed a lot of success by winning many titles. Today it's just a shadow of its former self, and it's time for it to raise its glass again! It is a difficult challenge, due to its low budget and a staff that suffers from several shortcomings. If you have a good strategic mind, you will surely get the best out of the players.

Mind you, whatever you do with AS Saint-Étienne, make sure you keep William Saliba in the squad! He is a player who shows a lot of promise and who can become a defensive pillar. 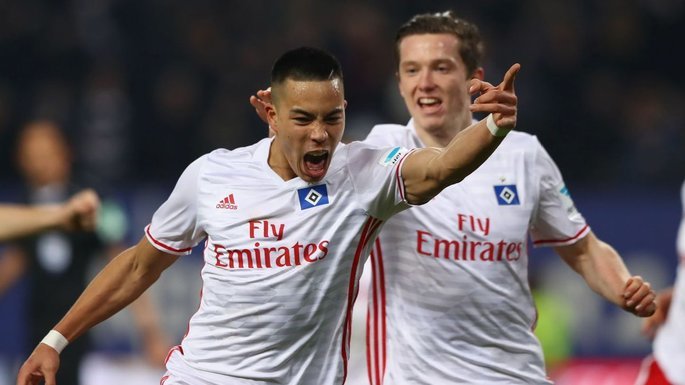 Hamburger SV is the first big challenge that we recommend for your coaching career. The traditional German club fell to the second division of the league for the first time, in 2018. They had been on a streak for many years! That caused the team to be rebuilt in every way, and today it is unrecognizable.

The mission will be difficult, which is to recover the position that belongs to Hamburgo SV. If you are persistent and use that 18 million budget wisely, you can win the second division and go up to the first. Once you get it, why not keep dreaming? 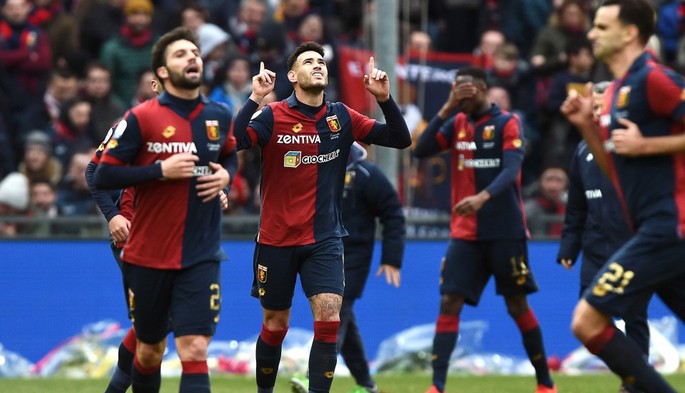 Genoa is one of the Italian teams to finish in the bottom half of the league standings lately. He still can't find players who stand out and remain in a team that needs to savor the Top 10. That's the challenge: get better results with little budget and humble players.

With perseverance, you will earn a bigger budget and more opportunities to hire soccer stars. It is a road that can be long, but we recommend trying the Career Mode with Genoa because, in the end, victory will be rewarding! 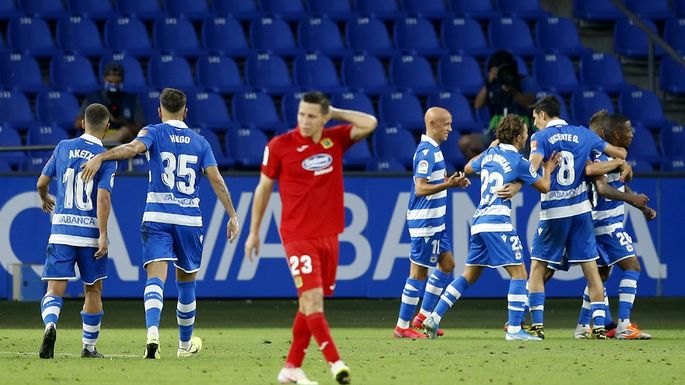 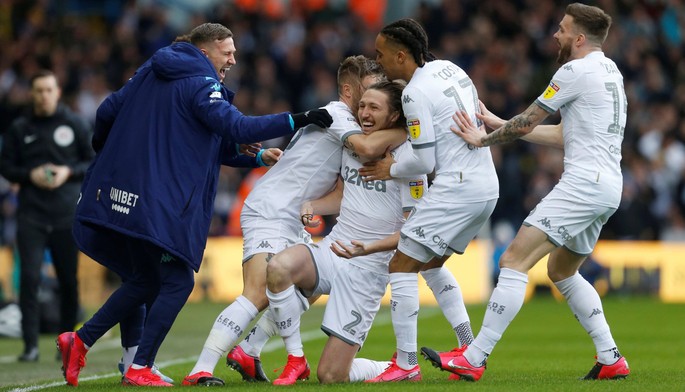 In 2020, Leeds United managed to return to the Premier League, the first division of the English league. The joy in the team is immense because they had been trying for years. That is why we recommend training and playing with this team for Career Mode because in FIFA 20 you will have to repeat the same feat!

With the likes of Luke Ayling, Liam Cooper, and Kalvin Phillips, it's a matter of playing to their strengths to beat opponents from the second division, and thus rise to the first. Leeds United has a hard time shining against the English giants, but nothing is impossible!