Call of Duty: Warzone is a Battle Royale with game mechanics that are somewhat different from others in the genre, so some advice never hurts. There are details to take into account, such as gas, custom weapons, or the use of vehicles. If you want to win every game of COD Warzone, follow our 10 tips to survive and be the king of Battle Royale.

1. Avoid gas at all times 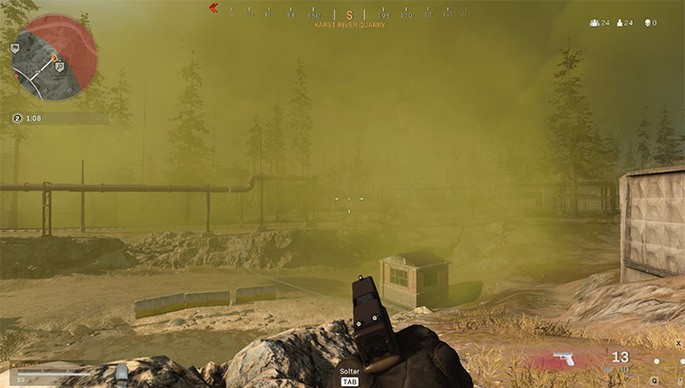 Yeah, this tip might be a little ridiculous to start with, as you probably already know it from other games. Even so, it never hurts to remind you about the danger of being under the gas of the COD Warzone. This toxic smoke can not only kill you in less than 30 seconds, but it will also always damage your protection.

It is possible to minimize the effects of the gas by wearing a gas mask, but your bulletproof vest will be destroyed if you stay too long. For this reason, plan your routes well in each game, and do not go near the gas!

In Warzone there is a lot of loot to collect. Any room has at least one box with various weapons and money, among other items. Additionally, you can also take loot from fallen enemies. It could not be otherwise! But there's plenty to look at and plenty of danger around you, so quickly grab what you need and get out of there.

Another reason to be quick is that inventory is small and limited. During the game, you will not be able to freely customize your loadout. Focus on swapping weapons for better ones, taking the ammo you need, and only picking up the explosives you do want to use.

3. Collect as much money as you can

Each Warzone player can use the tickets at supply stations, in order to buy custom weapons, and tactical equipment or bring back their teammates. Acquiring custom equipment is very advantageous, as you will get weapons to your liking, in addition to having equipped Perks available.

There is a lot of money scattered around the map, so try to explore a lot and quickly. Almost every supply box contains some money.

4. Cut the parachute whenever necessary

Skydiving in Call of Duty Warzone is different from other games. Here, the free fall is much faster and you can't move as freely. Therefore, we recommend that you open the parachute to position yourself, cut it, and reopen it when necessary. In this way, you can move a little faster and safer when jumping from high places.

Not that it is very realistic to be able to open and close the parachute all the time, but it is very useful! 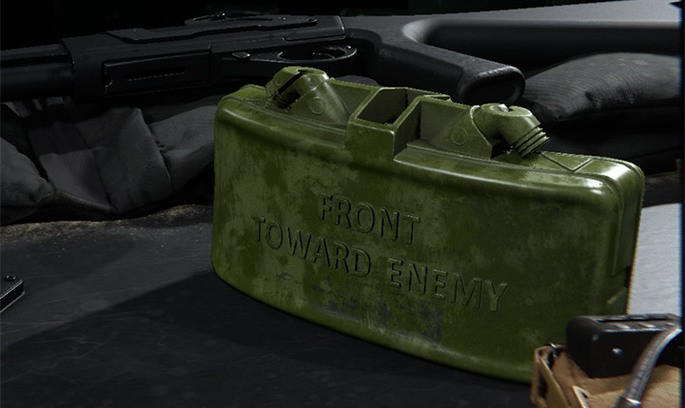 Even if you prefer to go with grenades and Molotov cocktails, feel free to grab Claymore mines, mount them, and then go back to pick up your grenades. Why's that? The mines are active for a long time and it is always good to get a random elimination. Just think about it: you can take someone out of the match without wasting ammo or leaving yourself exposed. Isn't it great?

Even more important than this, if someone is knocked down by one of your mines, you will be able to more or less know the position of your opponent. If you're playing in teams of three, there's a good chance your teammates will be around, so you'll be more prepared to take them on!

6. Use the vehicles in the game

The Verdansk map is somewhat extensive. Whether you're playing solo or with partners, it's important to use vehicles to get around quickly. Not only will you be able to escape from better-positioned enemies, but it will be easier for you to escape from the dangerous gas. The good thing about vehicles is that you can shoot, move around and heal yourself. You will be a difficult target to hit!

Don't forget the helicopters either. They are a good option to fly over any place and parachute in a good place, away from conflicts but full of loot. Of course, keep in mind that everyone can see the helicopters, so they can track you.

Contracts are a kind of mission that you can complete during each game. By fulfilling the task, you will be able to get good loot and money, as well as important information. There are bounty or hunting, reconnaissance, or scavenger contracts.

In our opinion, the scavenger contracts are good contracts, since you will not only get good loot during the course of the mission. When you complete the contract, you and your companions will eventually receive some valuable loot! On the other hand, if you and your team are pretty good at taking out enemies, take advantage of bounty contracts.

The recognition ones are used to know what the next safe areas will be, apart from obtaining money and loot. However, upon entering the data sending location, a flare will be sent out, so keep an eye out for nearby enemies!

When you knock down an enemy, they can be healed by their teammates or themselves using a healing kit. If that happens before you finish him off, a specific sound will play. When you hear this sound, don't shoot wildly or look impatiently for your enemy, as you will surely drop dead!

The important thing is to keep an eye on the downed enemy. If you are playing with others, it is recommended that one is in charge of finishing it while the others look for the rest of the enemy team. If you don't watch out for those you take down, you risk being eliminated, a victim of cold and quick revenge.

9. Use the UAV in matches with teams of three

This tip only works well if you play in teams of three players. If each activates a UAV at the same time, it will become an Advanced UAV, thus revealing all enemies on the map. Amazing, right? Unfortunately, it has almost the same duration as a normal UAV, so we recommend doing it when the circles get smaller.

If you haven't quite mastered Call of Duty weapons and other mechanics yet, feel free to experiment with Plunder mode. This modality is different from Battle Royale in terms of objectives, but it has several advantages that will help you train and improve in Warzone :