There is indie (independent) games of all genres and for all platforms. Although they are far from the popular or mainstream of other famous and world-renowned titles, these types of games are not bad at all. It generally seeks to catch the public with striking messages, unique gameplay, and well-defined identity.

We have prepared a guide with 8 indie games for PC that you should not miss, all from different genres such as platform, simulator, or action. In addition, they are titles that require PCs with few requirements, so we assure you that you will be able to play each of these games. Find out what these 8 indie games are that we recommend! 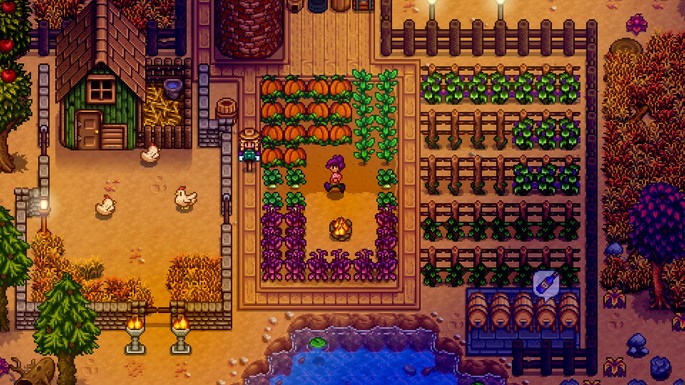 Stardew Valley is a good RPG and fun farming simulator. You will play as a young man who inherited a farm from his grandfather and must start his journey with nothing more than a few tools and coins. With effort and dedication, you will become the best farmer in the world.

This is one of the most acclaimed indie games across all continents. Reviews around the world describe Stardew Valley as relaxing, captivating, and engaging players for weeks and months. Also, the life of a farmer is always better in the company, and this game allows you to play with friends!

Apart from having classic elements such as collecting materials, and managing resources and buildings, in Stardew Valley, it is important to create ties with neighbors. Of course, aspects such as caring for animals, plants, and operating machinery are not far behind. Put on that hat, roll up your sleeves and get to work! 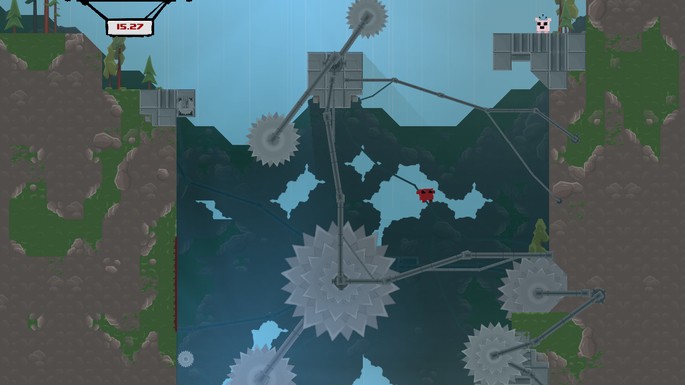 In Super Meat Boy, you become a little piece of meat who must overcome dangerous obstacles to save his beloved Bandage Girl, a woman made of bandages. The villain who captures her over and over again? A dangerous fetus named Dr. Fetus mocks the protagonist's constant rescue attempts. As you will see, the game is humorous and not at all realistic.

The gameplay of the game is simple and straightforward. You just have to run and jump until you reach the end of the phases, which last a short time. The scenarios are full of dangerous elements, and as you progress through the levels, you'll have to be more creative. One thing to know is that you will die a lot in Super Meat Boy. Many times, over and over again. Nothing happens, this is part of the grace and dynamics of the game!

Although Super Meat Boy is apparently simple, it has a lot of content to unlock and an infinite number of stages to overcome. You can put yourself in the shoes of other characters, each with their own abilities, and a big surprise awaits you when you finish the game for the first time. Never give up! 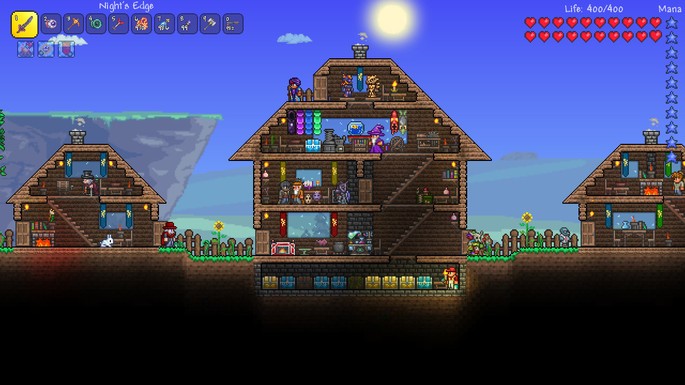 Terraria is a Minecraft-style game but in 2D. It has all the mechanics of construction, a combination of items, and a collection of resources, just like the other game mentioned. The difference is that the number of items to create and the amount of enemies is much higher.

As there is no tutorial, you will need to spend some time in Terraria to master it. The number of combinations of items is very high, as we have already said, so it will take hours to discover the uses of these objects. In addition, the entire stage is explorable and destructible. That way, you'll have plenty of resources.

When the hours pass, you will end up creating your own village and that will enable new interactions with shops, services, and other characters. Of course, dangers lurk every day, and in Terraria there are even final bosses that you can defeat. In short, a long, complete, and fun game! 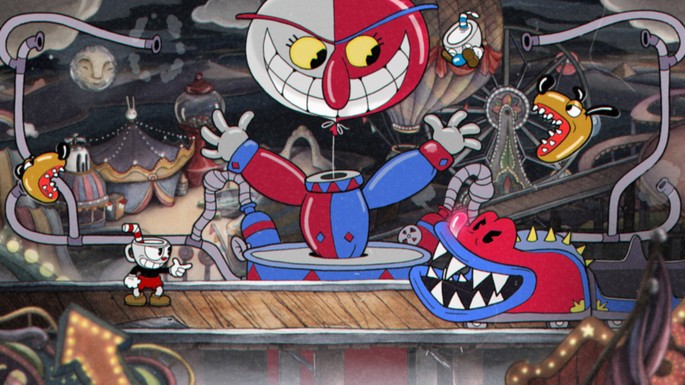 Cuphead is a platform game where you have to run and shoot. It is very inspired by the animated designs of the 1930s, a detail that has caught the attention of the whole world. These graphics and sound effects typical of the time generated a lot of nostalgia and caught many people.

You will put yourself in the shoes of some characters, Cuphead and Mugman, who try to pay off debt: they have lost their souls in a bet, and they want to recover them! You will overcome many stages that will contain final bosses, each one more difficult than the previous one. For each one you defeat, you'll collect their soul and get closer to paying off the debt.

Of course, don't be fooled by the nice appearance of Cuphead. This game is tremendously difficult and challenging. Despite having simple jump, dodge, run, and crouch mechanics, the game requires almost inhuman reflexes and dexterity. No final boss phase has any checkpoints and there are no ways to raise your maximum life. It will be you and your skill!

If you love challenges and sweat a lot, this is your game. 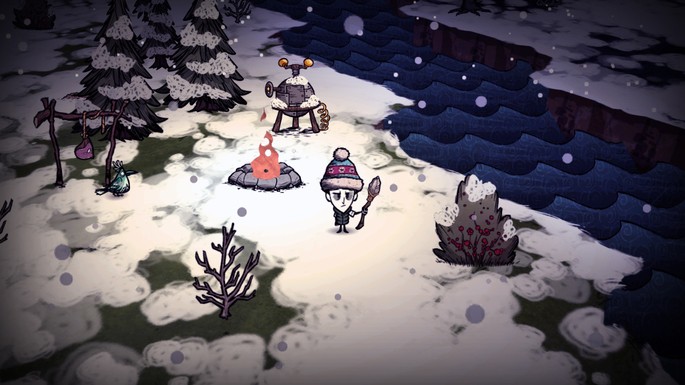 Don't Starve is one of the best-known survival games on the market. In it, you will try to survive on an island using the resources you find in the environment, discovering how you can combine them and use them to stay alive.

The art direction, the menus, the interface, everything has been designed to give the game a unique feel. At its simplistic appearance, Don't Starve is indeed a difficult game. One of the reasons, perhaps the most important, is that the scenarios are generated randomly. Every time you die and start a new game, you will start from scratch in every sense of the expression.

Another detail is that there are no tutorials integrated into the game. That will make you fully immerse yourself in the role of a survivor, learning to use all the resources and what tactics to carry out on the path of survival. If you fail (and you will), take it as a learning experience. Therefore, we encourage you to explore all possible options, whenever you can.

In Don't Starve you can unlock different characters. Each one has specific advantages and disadvantages that will help you survive on the island in different ways. As with resources, you will have to discover the pros and cons of the characters. Come on, a game only for patients and with infinite curiosity! 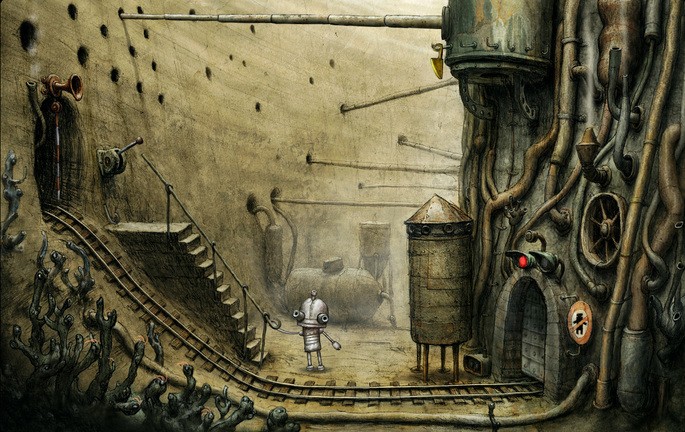 Machinarium is a point & click adventure that follows a model similar to escape games. It will present you with countless puzzles that you will need to complete in order to progress little by little in a story full of junk and robots.

In recent years, it is a challenge to innovate in this genre, but Machinarium contains quite original situations and puzzles. Even the most experienced players will need time to beat each level. The game gives you clues, but they get more complicated as you progress through the story, and only the smartest can reach the end.

Machinarium has one of the most elaborate art designs among indie games. The graphics and sound are of good quality and excellent taste, blending in perfectly with the story, characters, and general tone of the game. Without a doubt, this game is an experience that every adventure lover must-have. 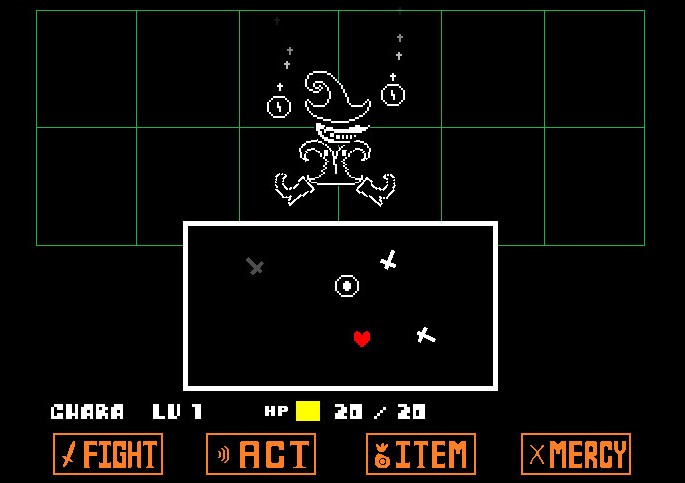 It's complicated to talk about Undertale. It is classified as an RPG as you control a character and make their own choices, but the main goal of this game is to tell a story plain and simple.

In Undertale, you will be a human trapped in an underworld that serves as a prison for monsters, and you will try to find your way out. Along the journey, you will make decisions that will affect the game on levels never seen before, since there will be consequences even for restarting the game without saving. The feeling is that the game plays with you!

Likewise, Undertale has several classic elements of an RPG such as the final bosses, magical objects, equipment, etc. It is quite a unique game and worth trying. If we're honest, it's better to play Undertale than explain it to you. 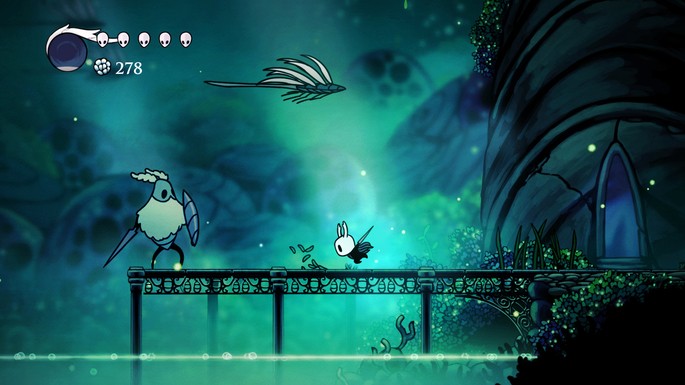 Hollow Knight is a Metroidvania that can be 100% described as a 2D Dark Souls as it has the same action and gloomy theme. Other similarities are the fighting mechanics, difficult bosses, and the RPG-style gear and skill system.

This game is not linear, unlike other 2D games of this style. The map is gigantic and you can go everywhere you want. Of course, changing the route will make you face a different order of bosses, find other equipment and improvements, etc. This is the great asset of Hollow Knight: the order is marked by you.

The main hallmark is the content that Hollow Knight has. The main campaign can last around 30 hours of gameplay, which is considerable when it comes to indie games. Also, this amount can increase a lot if you like to explore all the scenarios, to the last corner. You won't get bored right away, player!

As you will see, this is the most demanding game in the guide in terms of requirements.