IFA 19 included a number of new features compared to the previous version. Several changes were made to both the defensive and offensive systems, making it necessary to relearn. In other words, even the most professional players need the advice to win again on the virtual pitch.

In this guide, we share tips for you to become a FIFA 19 expert. These cover topics on the dynamics in defense or how to best approach an attack to score goals, among other details. If you take advantage of these tips and persist in improving in every aspect of the game, you can be the best player of all!

1. Use the new Dynamic Tactics 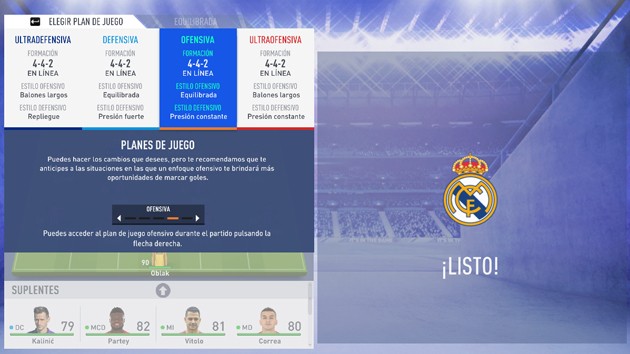 One of the novelties most appreciated by franchise veterans is the dynamic tactics system. It allows us to define how our team will behave both in defense and attack. For example, you can make very useful combinations like planning a quick counterattack by retaking possession from the defensive line.

However, this only works if we use the game plans well. We can edit ultra-defensive, defensive, offensive, and ultra-offensive plans before starting the match. We define the specific schemes and tactics for each of these plans. It seems not, but preparing them well changes the dynamics of your team a lot!

For that reason, it's critical to use all of these tactics and swap them around as needed. Adapt to the opponent and your way of playing, and it will be easier to achieve victory in the match.

2. Control the pace of the game and try to have the ball

FIFA 19 is a slower game compared to the predecessor. Those of us who have played FIFA 18 know that it was enough to drive a fast player through defenses and score goals with tremendous ease. It's not like that! Players tire quickly if they run all the time, so it is more important than ever to pass the ball if we want to keep possession.

When you have the ball between your feet, try to control the pace of the game. He plays calmly, passing the ball back and forth. Take advantage of the left or right-side players and midfielders to set up the attacking play. A common mistake, especially among beginners, is to always try to enter with the attackers in the opposite area. If not, the opposing team will be a wall against you!

It's smart to make a progression from the defensive to the offensive system. In this sense, the first tip of the guide and this one go together. Setting tactics is very important, and in FIFA 19 , opting for strategies that allow slow, patient, and safe play is more efficient.

3. Be patient on defense 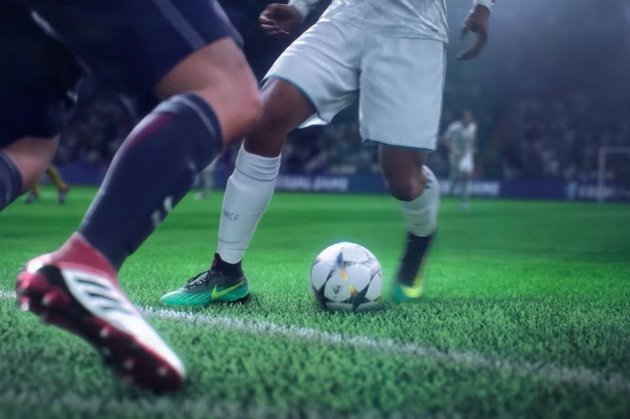 Everybody knows how to score goals. However, defending is a weakness in many players in this game. Since the tactical defense system was implemented, the task of stopping the opponent is somewhat more complicated. The upside is that the Dynamic Tactics system is simple to master, so be sure to take the time to set it up and play accordingly.

Don't be in a hurry to remove the ball! If you lose possession of the ball, have your team back up and inch closer to the opponent. Press on all possible areas, without rushing. Sometimes it's better to let the opposing team advance a bit if your defense plays better from near the box. Get to know your team well so you know when is the best time to retake possession.

It is also important to read the movements of the opponent. What plays do they usually make? Do you pass through the laterals and finish with a crossing? Go like a bullet through the middle of the field and shoot from inside the area? Don't get impatient and try to understand the opponent's strategy. That way, you'll be able to press your defenses better and make soft tackles to steal the ball. If you enter aggressively and desperately, you will risk getting yellow or red cards.

One last note regarding defense is to leave defenders in place. They must be the last option when it comes to regaining possession, or we risk leaving empty holes in our box. Defend first with the attackers, then with the midfielders, and finally with the defenders.

4. Understands when it is better to make short or long passes 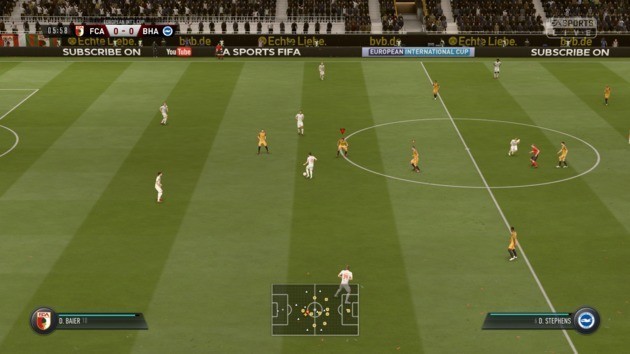 Learning the perfect time to pass the ball in FIFA 19 and applying the proper power is essential. As you may already know, the defensive system in this installment is smarter, as even midfielders will frequently anticipate your passes! For that reason, you will have to get used to reacting quickly and adapting to the situation.

Now the physique of each player is better represented. The bigger and stronger ones easily beat other players with less physicality during the struggles to regain the ball. Keep that in mind, and be prepared to pass short if someone comes at you. Every once in a while, it will pay off to take a long pass! It's a matter of practice to know how to do it accurately and initiate important plays.

For example, if you see one of your teammates running to get past a lot of defenders, risk a good long pass. Who knows, you might even manage to score a goal!

5. Change the way you attack

It's a long way until you finally come face to face with the opposing goalkeeper... at least ten opponents! You've already seen how to defend and pass in this guide, but knowing how to attack is just as important. In FIFA 19, strategy is necessary to attack well. Think that each movement you make should serve to leave another rival behind.

With that in mind, strategize by focusing on two different attacking styles: counterattacking and positional attacking. The first is based on taking advantage of the opponent's mistakes. Steal the ball in your own half of the pitch and rush to the opponent's box as quickly as possible. Use the fast players on your team!

Unfortunately, the counterattack only works if you have fast players. It may not be the case for your team, but rather you have players who favor more of a slow dynamic and patient build-up of plays. If so, the positional attack will favor you much more.

To explain it briefly, it is based on touching the ball from one side to another down the field. Have a cool head and be patient. He looks for the goal without rushing, gradually entering gaps in the opposite field. At one point or another, the opponent's defensive line will make a mistake and that's when you can come in to attack and score.

And as we have already mentioned in point 4, knowing when to make short or long passes is the basis of a good play! 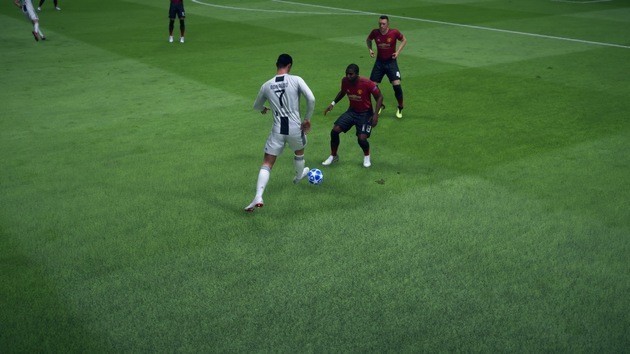 Many of us like the beautiful joga of the Brazilians, practiced by stars like the legendary Ronaldinho Gaúcho and currently by Neymar Jr. Despite being a benchmark in that, they have a very important difference. While Ronaldinho dribbles looking for the pass or directly the goal, Neymar dribbles many times just to dribble.

That difference is total in FIFA 19. There are more than a dozen dribbles and feints that you can do in the game. They are made to be used wisely, only when necessary, and to allow attacking plays to follow. Haggling for the sake of it is useless and you will risk losing possession.

Remember this is FIFA 19, not FIFA Street! Soccer is a team sport, not an individual sport.

Free kicks or even sidekicks and corner kicks are a great opportunity in football matches. Taking a free kick well can mean the ultimate victory for your team in an important game. Sometimes it is difficult to achieve that long-awaited goal with plays when the ball does not stop rolling, and it is good to take advantage of the break that a foul entails.

Every team has the perfect player to call a foul. Find out who he is and train. Practice the different shots and ways to throw the ball. Some are better at kicking the ball along the ground, while others are better at shooting over the wall. Still, that's not the only way to take advantage of fouls!

Try to read well how the opponent is positioned and how your players are. If you pay attention, from time to time you will see a golden opportunity to make a long pass, enter the opposite box with an attacker and shoot without any barrier in front of you. 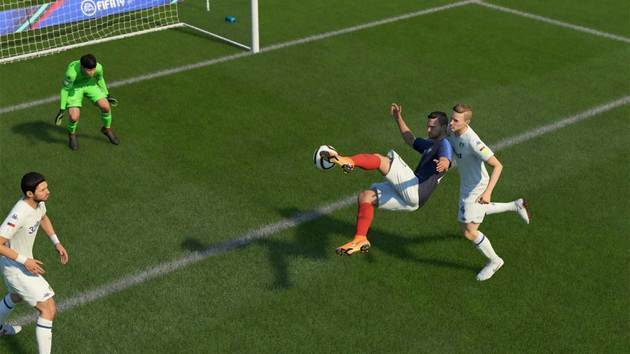 How many times have we reached the center of the area, only to miss the shot? FIFA 19 includes the so-called Timed Finishing that has served both to make life easier and more difficult for attackers. For that reason, it is essential to practice shooting until you are able to score goals.

In addition to pressing the kick button to define the force applied, if you want to shoot well you need to press again at the perfect moment. On the other hand, you will have to aim the ball in the right direction or it will go anywhere. It sounds like a lot to think about at such a decisive moment, but it's all a matter of practice!

Finally, don't shoot just to shoot or shoot like crazy. Little is better but well done!

Even Messi and Cristiano Ronaldo get tired after playing for a long time on the pitch. It is wise to understand when to make substitutions, as an exhausted player will count as if he is not on the field. Know your team and the limitations of each player to plan changes and tactics according to the conditions.

Best of all, FIFA 19 integrates substitution scheduling. If you already know who gets tired before others, because of the way you play, and you understand the needs of your team, this option is perfect. No more pausing multiple times to see how all the players are doing! 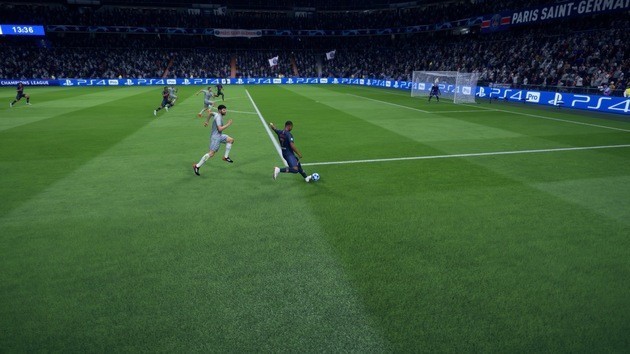 Something that has made many FIFA 19 fans very happy is that EA managed to improve the mechanics of crosses or centers. In the previous installment, it was almost impossible to go to the side, make a cross and try to get the ball into the nets. Now it is easier again and has become one of the best options to score against the opponent.

So what are we going to tell you? Use this resource as many times as you can! The plays from the wings are very efficient for those who have a lot of practice, and a good center can save a game that was lost. To be successful, you must know your players and those of the opposing team well. If they have an advantage in the air, try something else!