PES 2020, officially called eFootball Pro Evolution Soccer 2020, is the new soccer simulator made by the Konami company. Like every year, there is an economic war to obtain licenses and exclusivities. This time, the company has gone one step further in getting Latin American teams for this new installment of the franchise.

Check out this guide with all the licensed leagues, teams, and stadiums. Thanks to the partner clubs, Konami has managed to include new teams such as the Chilean University of Chile and the Peruvian University. We also tell you about the exclusivities that this edition of Pro Evolution Soccer contains.

Keep reading and discover everything that includes the new installment PES 2020!

Compared to the European leagues, it is true that Konami has not devoted as much attention to the Latin American ones. Fortunately, this year has been different, as the developers have tried to include CONMEBOL teams and leagues. There are still others that are important to include, but in PES 2020 we can play in the Argentine or Colombian league!

The bad news is that, despite having licensed leagues, it does not mean the same with the teams. Konami is still struggling to get full licenses, but it's not always possible. Even so, there is a good list of clubs with which we can play in PES 2020.

To begin with, the great classic duel of Argentine teams could not be missing: River Plate against Boca Juniors. Both teams are exclusive to this installment of the franchise, and that includes their own stadiums! In addition, the inclusion of the Chilean teams Universidad de Chile and Universidad Católica has enriched the representation of that country. The same happens with Peru, thanks to the signing of the University club.

In short, these are the Latin American teams that are licensed and confirmed for PES 2020 :

Apart from this, at the end of July 2019, Konami confirmed that it has obtained the exclusive license for the Campeonato Brasileirão Série B.

UEFA has been Konami's main focus since the early years of the Pro Evolution Soccer franchise. It is where we find the largest number of licensed teams and leagues, compared to the rest of the world. However, pending future news, in the version of PES 2020, we will not have many teams licensed by the league.

For example, thanks to official collaborations and agreements, you can put yourself in the shoes of teams like FC Barcelona, ​​Manchester United, Juventus, Bayern Munich, and Atlético Mineiro. On the other hand, several of the important leagues such as the Spanish LaLiga will be incomplete, with shields and names of teams and players changed.

Despite all that, UEFA maintains a good representation in this installment of the saga. The latest novelty includes an agreement with the Italian league. Thanks to that, Italy's Serie A TIM will be fully licensed in PES 2020, including the competition logo, trophy, and associated team crests.

One of the latest developments is the European Championship. Konami has managed to make an exclusivity agreement, so we will enjoy UEFA EURO 2020 only on PES 2020. In addition, the company has planned a tournament for players, based on the European Championship. It will be called eEuro2020 and the best players from each country will compete, representing their own nations.

To enjoy the official EURO 2020 teams, we will have to wait a few months. But don't worry, all these additions will be free!

Even though Konami is a Japanese company, they haven't put a lot of time and effort into having a fully licensed Asian roster. Until the official release of the game, new teams and leagues may be confirmed, but don't expect big changes from other regions.

These are the Asian leagues that are confirmed to be fully licensed for now:

Juventus is exclusive to PES 2020 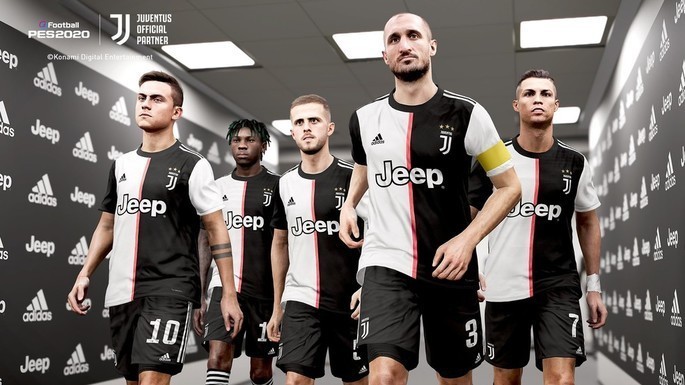 Although FC Barcelona remains the representative club of the Konami saga, it is not exclusive to Pro Evolution Soccer. The shield, name, uniforms, and players can be used in other football games such as the future FIFA 20. The same can be said for Arsenal, Manchester United, and Bayern Munich.

With Juventus it is different. Konami achieved full exclusivity from that team, so for the first time ever, the giant from Turin will not appear in other games of the genre! Any other game will have to change its name, shield, uniforms, everything!

In this way, PES 2020 has the great advantage of owning one of the most emblematic clubs in the history of football. Cracks like Dybala and Buffon, in addition to the legendary Cristiano Ronaldo, will be a great attraction for the new edition.

The thrill of playing at Juventus' home Allianz Stadium is also exclusive to PES 2020. Therefore, you will be able to experience the chants of the Juventus stadium and enjoy an atmosphere that only Konami can reproduce. Get out on the field and dominate that ball!

The stadiums have grown in detail and fidelity compared to previous installments. Konami wanted to represent these great coliseums as well as possible, especially the exclusive stadiums such as River Plate and Camp Nou. Thanks to collaborations, PES 2020 contains numerous official and fully licensed stadiums. You will literally feel on the field of play! 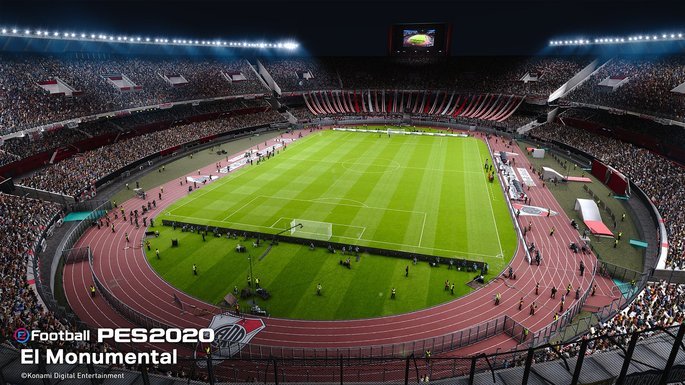 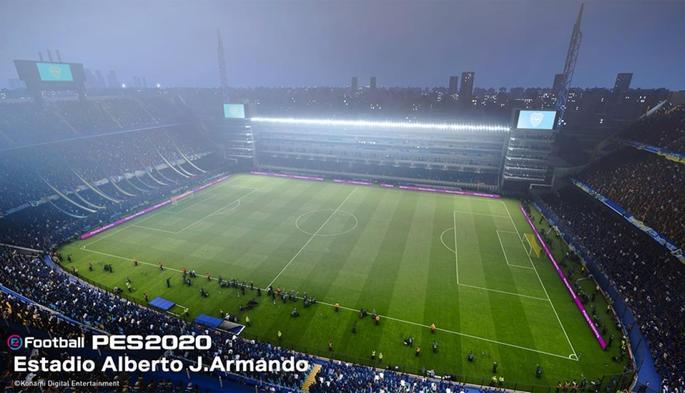 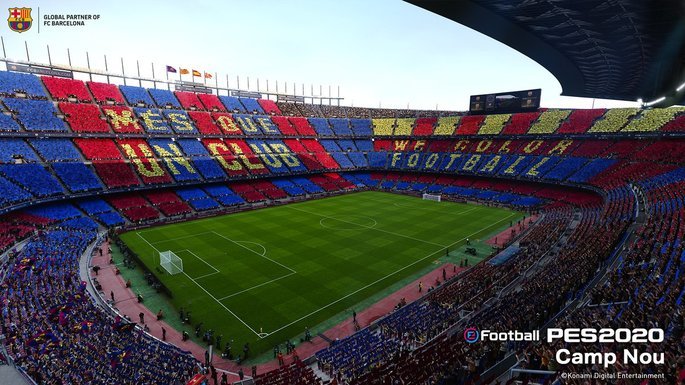 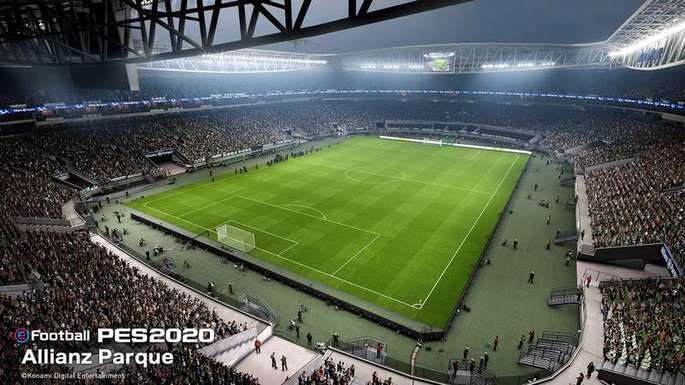 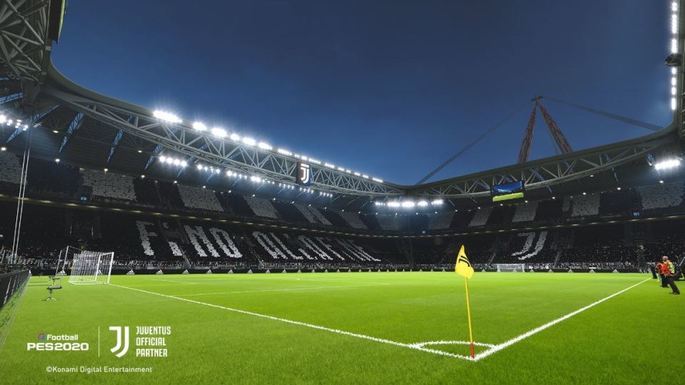 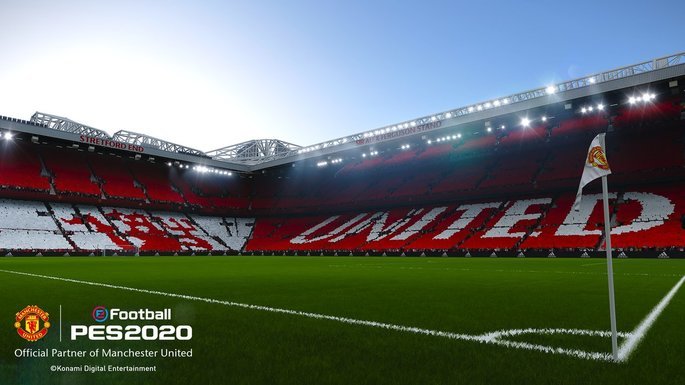 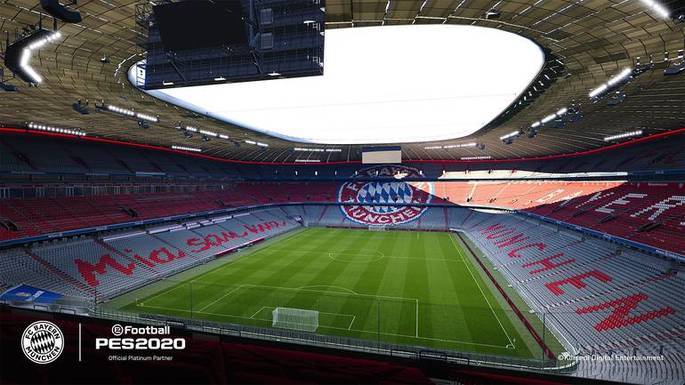 Other stadiums of Latin American teams that will be present in PES 2020 :

As the weeks go by, Konami will comment on news about the licensed leagues, teams, and stadiums in PES 2020. We'll try to keep the information up to date, so don't hesitate to check back!