In Mobile Legends we can play alone or invite colleagues to join our team. It is possible to participate in ranked or qualifiers both in duo and in teams of five people. When we play with a friend of ours, we often ask ourselves the following question: what is the best combo of heroes to win games?

This game is a MOBA in which we can control dozens of different characters. Each one has its strengths and weaknesses, and knowing who they fit in with the best is vital to achieving victory. If you want to climb the ranks with a friend, it will be easier to practice some hero combos together that can be deadly for the opposing team.

Without further ado, find out what are 8 of the best hero combos to play in a duo! 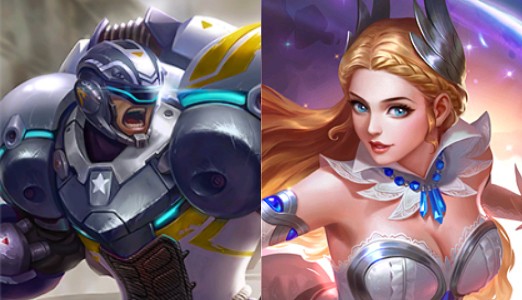 This combo is very direct and easy to understand. Once you both have ultimate abilities available, it's a matter of dashing in together with Johnson, crashing into the opposing team, and activating Odette's in the middle of the opponents.

By timing Johnson's ultimate wisely, you can catch enemies off guard and deal massive damage in a matter of seconds. The rest of your team, if they are vigilant, will take the opportunity to take them all out.

There are two situations where this combination works well:

Other partners you can do this deadly combo with are Alice, Gusion, and Kavita. The concept of this combo is to deal a burst of damage to as many opponents as possible. Of course, do not be reckless and avoid doing it every two times three! The key is to have others on your team, although sometimes Johnson and Odette will be enough on their own. 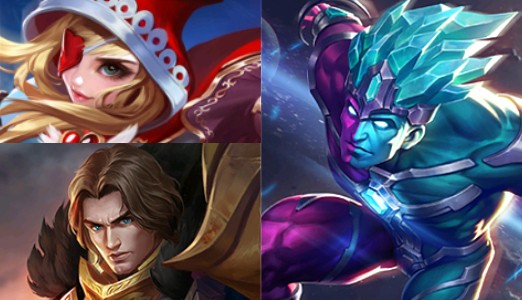 For this second proposal, we present two variants. They are similar in how they combo heroes, but each has a unique nuance due to their strengths. Choosing between Ruby or Tigreal will depend on whether you want to focus on 2 vs. 3 fights, or jump right into 5 vs. 5 fights.

If you go for Ruby, online fights against 2 or even 3 in the late stages will become very easy. Lifesteal via abilities allows her to have quite a bit of stamina while doing good damage. Since her abilities apply CCs, i.e. slows and immobilizations, Gord will have easier targets to hit if she plays patiently. Both will be an explosive combination!

If on the other hand, you prefer to take Tigreal, you will facilitate Gord's aim thanks to the knockup , slow and stun of the abilities he has. Since Gord can also stun, both of them will be able to cripple an enemy or two relatively easily. However, this combo shines in team fights because of his two ults. If Tigreal uses theirs well and Gord follows suit, they'll cleanse the battlefield in no time!

Let's start by saying the most important thing about this combo: Angela. Yes, you read that right, it's just a name. This is one of the best characters for those who want to play in a duo, and she may even be the best for this task. The reason is that she can empower any ally into a fearsome threat.

The basis of this combo is to take advantage of the two ultimates to eliminate any character that is alone, and it has a good chance of success. Aldous is a combatant who, as the game progresses, gets stronger. For that reason, it's not a good idea for enemies to go one at a time against Aldous, so imagine if he has Angela with him!

Another way to do this duet is for Aldous and Angela to split push, which means pushing a line by themselves. If the rest of the team gets into a team fight, they can both go in with their ults and even the score.

After all, Angela is a pretty useful support character. There are other possible combinations that work well with her, such as Alice, Leomord, Ruby, and Alucard. If you or your partner like to wear Angela, try different pairings of characters! 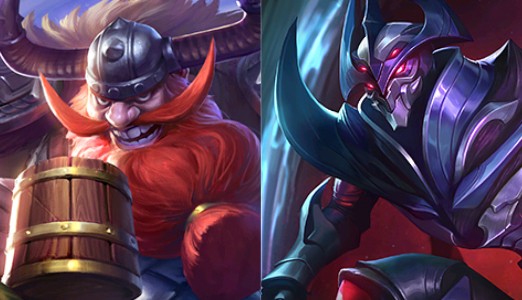 Let's face it: playing against Zhask or Franco can be very frustrating, especially if they're in good hands. Even worse if they fight together! Many Mobile Legends players will find this combination a bit strange, as neither of them is usually considered among the best characters within their roles.

Still, this combo is worth a try, especially if you love their playstyles. Zhask allows you to control the positioning of enemies with your summons and can deal quite a bit of damage to a target. During a team fight, if Franco grabs an opponent with his uppercut, he will bring them within Zhask's attack range. Every time you get the skill combo right, you'll be 5v4 in the blink of an eye!

It really doesn't have many complications, because that's the basis and what really works when pairing these two characters. If you want to try other combinations with Franco as the main character, he also works well with Minsitthar, Ruby, or Cyclops. 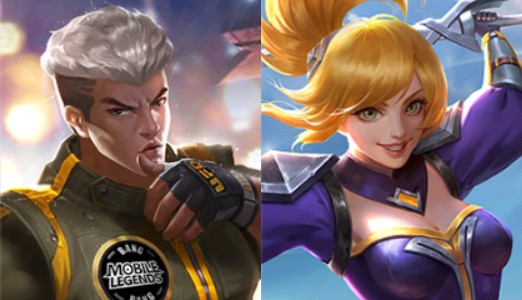 If you prefer explosive combinations, there is nothing better than Chou and Fanny. The two heroes mesh quite well but require a lot of practice, as they are more difficult characters to master than most.

Both are pure physical attacks, so be careful not to end up against enemies with a lot of physical resistance. If not, Chou and Fanny will target whoever you want from the opposing team. Chou must always be the first to start the attack and the one who chooses the prey to hunt. Until he does, Fanny must wait patiently.

The tactic to follow every time is the following:

If you take the steps to the letter, the opposing team will play more scared and it will be easier to push lines to knock down towers. It is not recommended to do this in a team fight, but if you succeed, you will be the king of the game! 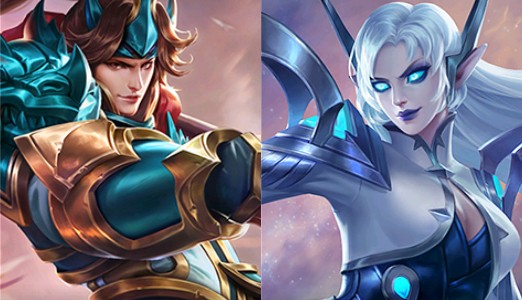 Combo 6 is accessible for two reasons. For one thing, Zilong and Eudora are quick to obtain; on the other, the two are the easiest characters to control and dominate. They are heroes that, although they are not the most powerful, are easy to carry and combine very well.

Zilong's strong point is being able to get into the middle of the opposing team with a lot of speed, thanks to his abilities. That's something Eudora and other wizards can't do, nor should they, as they would be instantly shrunk. The cooperation between the two characters comes from a simple fact: Zilong can bring a rival right in front of Eudora.

This way, Eudora will have an easy target to take down while staying in a safer position, not exposing herself to the rest of the opposing team. It is recommended that Zilong have tank items, but that will depend on team compositions. Basically, what you'll do is use the combatant to bring an enemy to the mage's feet, and run out of there. Repeat the process all the time!

As stated at this point, Zilong is a good ally for many of the mages in the game. Try different combinations without fear! 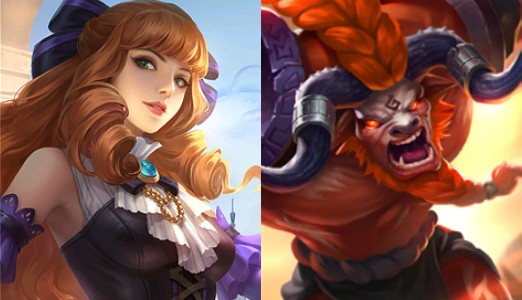 Guinevere is one of the newest heroes in Mobile Legends, a mage who uses knocked-down enemies for extra damage. Said in MOBA terms, it means that her abilities are boosted when she attacks targets affected by knock-ups. And for this, there is no one better than Minotaur.

As you will see, this combination is quite direct. It's a matter of charging Minotaur's ultimate and wreaking havoc together. Of course, it requires a good rapport! It is almost essential to use voice communication to use the abilities of both characters at the perfect moment. If it is not possible, it is a matter of practice and understanding that Guinevere must enter right after Minotaur.

The two of them can take down multiple enemies at once, making them a deadly duo against 2-3 opponents. Not only that, but they are essential pieces to win in team fights. Pray that your allies will play along! In general, Guinevere is perfect if she is paired with other heroes that have knock-ups, like Chou or Saber, but she works great with Minotaur as she is also good lane support. 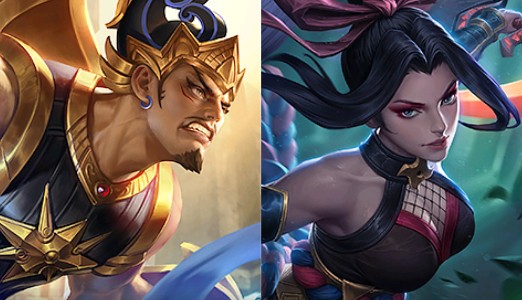 Finally, we propose a combo that is effective during team fights. Gatotkaca is highly regarded for both his stamina and his abilities to taunt, knockdown, and pull in opponents. Hanabi is also quite popular among marksmen, thanks to her ability to deal good damage to bunched-up enemies.

The strategy to follow with these two characters is as follows:

If the two of you follow these steps and get a good start on combat, you'll often be able to take out multiple targets with no problem. With the help of the other allies, this task will be much easier!

Aside from Gatotkaca, Hanabi works great when paired with Tigreal, and the approach is exactly the same.