In Mario Kart Tour you can unlock the leaderboard after a while of play, which allows you to move up the league and compare yourself with the best racers. In the case of this game, it is not the same as playing ranked games. Throughout the weeks, each one adds up the points obtained in the races, and those with the highest score choose to move up the league.

In this article, we explain how to unlock the ranking and we also show you the prizes you will get for being among the first in your league. How could it be otherwise, at the end we show you some tips to always be the best in the rankings!

How to unlock ranking 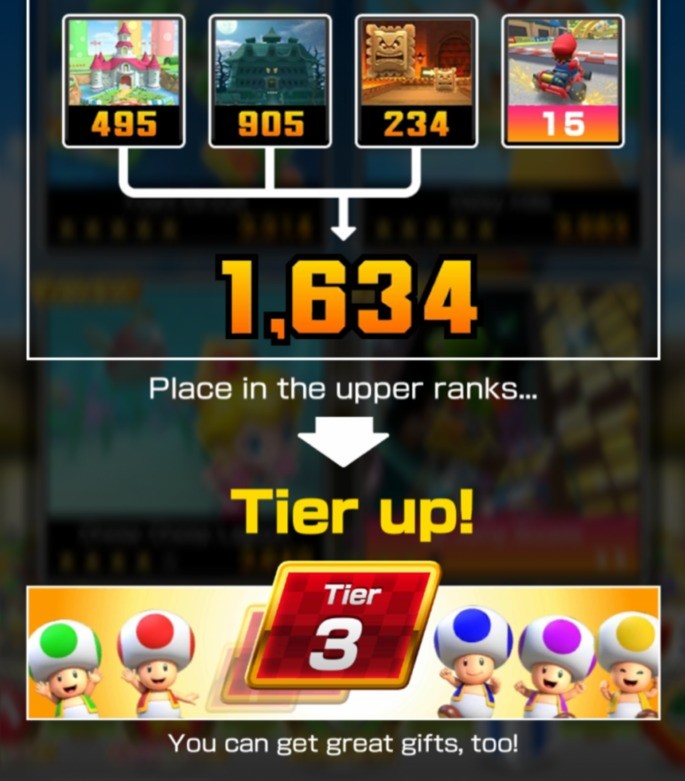 You don't have much to worry about: you will automatically unlock the Ranking feature in Mario Kart Tour. More specifically speaking, you will enter it from the third cup. That is, once you complete the Yoshi Cup and unlock the Koopa Cup.

When you enable ranking, you will also unlock the friend's list. From that moment, you will be able to compare yourself in an easier and faster way with your friends and see who manages to ascend more. However, at the moment it does not provide anything more than that.

As Mario Kart Tour is not based on competing against your direct rivals, the ranking list will help you see who is ahead in points.

Starting with the Koopa Cup, you will be randomly grouped with 19 other players on the leaderboard. All of you will compete in the same Cup. Points will be awarded from the sum of the 3 races of the corresponding Cup in which you participate. Therefore, the challenge (the fourth Cup event) does not count towards points.

Keep in mind that, until the end of the season, you can repeat the races as many times as you want. Take advantage of that to improve your characters, cars and gliders. Do everything possible to perform better in each race and thus accumulate more points.

Coming to the top of the Leaderboard rewards you with certain rewards, and all of them are interesting! Discover them:

In addition to this large number of rubies, coins, and coupons, you will be able to move up or stay in the same tier or league. As you might guess, moving up a league will put you up against better players, making it harder to beat your Ranked opponents.

Find out how many leagues you can climb based on your rank in the Rankings:

Remember that each ranked season lasts 1 week. Take advantage of every day to score points!

3 tips to climb the League

Mario Kart Tour is a simple and easy game, but to be successful you need to pay attention to the details and polish the basics. To climb the rankings, you must follow 3 essential tips that will make you understand how every detail counts to win and move up the league.

1. Choose the suggested character for the race

We understand that you prefer to always use your favorite driver. However, if your goal is to be the best in the Ranking, it is better that you follow the recommendations of the game. That will make you have more special items per item box you break.

These objects will give you points, in addition to making it easier for you to win the race. You have to remember that you will earn a lot more points if you finish first, especially if you were also ahead of everyone on the first lap of the race.

2. Understand when to make an exception

On the other hand, pay attention to circuits with lots of jumps and chasms. In those cases, give preference to cars, characters and gliders that are good for jumping. Taking good advantage of the jumps will also give points and, therefore, characters like Bowser are not the best for that type of race. Although it may be among the recommended!

When this is the case, you will not always have to choose pilots and items indicated by the game itself. Knowing when to follow advice first and when to follow your own judgment is also essential.

3. Repeat runs over and over

In general, the most important thing is to repeat the same races several times to increase the score. In the end, it will be very worth it, because you will get the best prices, up to 20 rubies. An award that you should not despise! And if necessary, do the race several times in easy levels to increase the level of your character.

By doing so, you will not only choose to earn more points on the tracks but you will improve your pilot, vehicle, and wing. If you keep doing this persistently, it will come to a point where you will do the runs almost perfectly. Soon you will see yourself raising the cup of victory!