Just like other MOBAs, Mobile Legends has a rank system where players can compete and rise up. However, this system has a few differences compared to other games of the genre.

Mobile Legends ranked games are enabled when we reach account level 8 and acquire 5 heroes. From then on, you will be able to take part in these games, in which all the players have a similar skill level.

To ascend, we need to accumulate stars. A victory rewards us with a star, while a defeat takes away one of them (with the exception of the Warrior league, where we cannot lose stars). If we lose and don't have any stars, we will drop to a lower rank.

The Mythic league is the highest in the rankings. However, being in the top 100 players on each server will grant you a special rank called Mythic Glory.

Without further ado, check out the list of all the leagues and the prizes you get when you reach them! 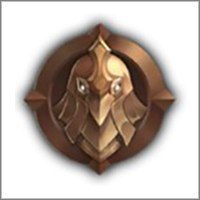 This is the first league you will be in when you first enter the ranks. It is divided into three ranks or levels: Warrior III, II, and I. To move from one rank to another you must earn 3 stars. When you reach Warrior I, you will need 4 stars to move to the next league, that is, Elite.

Rewards for reaching the rank of Warrior

If you have reached Guerrero as the highest league of the season, at the end you will receive: 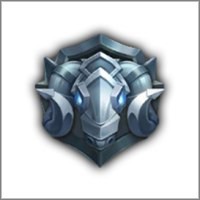 Elite is the second league in the game, just after Guerrero. It is also divided into three ranks: Elite III, II, and I. In this case, to go from one level to another you need 4 stars. When you accumulate all the necessary ones in Elite I, you will go to the Master League.

From this rank, you can already lose a star for each defeat, unless:

While in Elite, you can only team up with Warrior, Elite, and Master league mates.

Rewards for reaching the rank of Elite

If you have reached Elite as the highest league of the season, at the end you will receive: 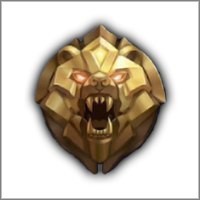 When you reach this league, you will realize that there are no longer 3 ranks, but 4: Master IV, III, II, and I. To overcome each rank and ascend to the next one, you will need 4 stars, and you can go to the Grand Master League. once you get all the stars in Master I.

As a reminder, if you play on Master you will only be matched with players in the Elite, Master, and Grand Master leagues.

Rewards for reaching the rank of Master

If you have reached Master as the highest league of the season, at the end you will receive: 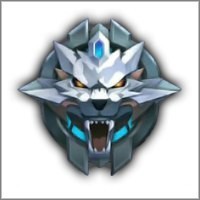 In this league we are once again raising the number of ranks, this time to a total of 5 levels: Grand Master V, IV, III, II, and I. This is not the only novelty; we will also need 5 stars to be able to rank up. After the long journey through this league, you will be able to reach the next one: Epic.

When you are part of the Grandmaster league, you will only be able to play against Master, Grandmaster, and Epic.

Rewards for reaching the rank of Grandmaster

If you have reached Grandmaster as the highest league of the season, at the end you will receive: 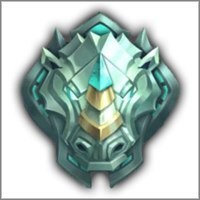 Here there is no news regarding the number of levels, with respect to Grand Master, so we will have the Epic ranks V, IV, III, II, and I. We will also need 5 stars to overcome each rank, as well as to advance to the Legend League.

You'll see that matches first go through a hero selection phase, called a draft pick. Being able to eliminate heroes and take turns choosing between both teams, you will find yourself with a limitation: heroes cannot be repeated! It's time to expand the horizons and learn more about characters.

Of course, if you're on Epic, you'll only be able to play Grandmaster, Epic, and Legend players.

Rewards for reaching the rank of Epic

If you have reached Epic as the highest league of the season, at the end you will receive: 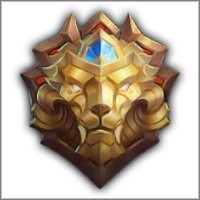 The great novelty of the Legend League is none other than the difficulty. You will be paired with players with a lot of skill and practice in the game, so it will be important to know all the heroes well and put in a lot of effort.

To move up a league, you must go through Legend V, IV, III, II, and I, each one of them with 5 stars to accumulate to pass the rank. It's a tough task, but think about what awaits you at the end: the Mythic league!

You will face the fierce players that make up the Epic, Legend, and Mythic leagues.

Rewards for reaching the rank of Legend

If you have reached Legend as the highest league of the season, at the end you will receive: 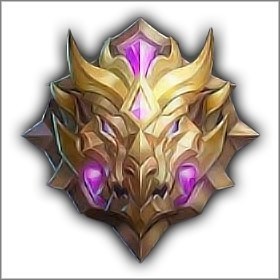 Welcome to the latest Mobile Legends league! Here you will face the best of the best, in the fight to become a Mythic Glory rank player. Will you be able to do it? There will no longer be level differentiation, but players are ranked by the number of stars accumulated.

Initially, you will play against Legend and Mythic, but there may be a few players from the Epic league.

Rewards for reaching the rank of Mythic

If you have reached Mythic as the highest league of the season, at the end you will receive:

The duration of each season in this game is 3 months, specifically between 90 and 100 days. At the end of each competitive season, the system evaluates the highest rank you have achieved for:

For the latter, keep in mind that the higher the rank you've achieved in the leaderboard, the lower you'll start. For example, if you stayed on Warrior I, you will start on Warrior I in the new season. However, if you've finished Epic I, there's a good chance you'll start Epic V.

This reset can be a bit frustrating, but the big prizes are won with sweat and blood!

Aside from earning or losing stars based on the outcome of the match, Mobile Legends has an additional mechanic that helps your ranking progress. In the ranking menu, you can see a bar called "Promotion Points". Every time you fill this bar, you will immediately earn a star.

This bar increases according to the way you play the games. The more active you are, the better chance you have of earning more points. For example:

On the other hand, "Protection Points" work in a similar way, with the difference that the bar will remain full until you lose a match. So, you will avoid losing the star!

As you can see, those two mechanics help us a lot to speed our way to the top of the game.

To clarify a point that was mentioned earlier, let's talk about the games that end as invalid. These are the ones that a partner of ours leaves the game at a given moment, what we call AFK. After leaving, if the game continues for 3 minutes and the player does not come back, you will have the chance to finish the game quickly without any penalty.

However, remember this very well: this extra protection will only work once per day. Otherwise, we players would end up abusing this protection in our favor and, after a while, it would play against the environment of the game. And nobody wants that!