Pressuring the opposing team's players in FIFA 19 is just as important as scoring goals. Not many changes have been made to the defensive system, compared to the previous installment. The game continues to demand the same technical skills from the player. Therefore, the correct use of tactics at the perfect time is still a necessary requirement to defend well.

However, there are some interesting improvements and options in FIFA 19. Tactical Defense is more sensitive and AI is smarter. Players who are stronger, like many defenders, now have priority in contesting the ball and marking space. In addition to that, the new tactical options allow players to score well in any type of situation and play.

Amidst so many defensive possibilities in FIFA 19, in practice, it's normal to get a bit lost between the options. Because of this, we have written this guide on the defensive system of the game. Read the 10 essential and simple tips that will help you turn your defense into an impenetrable breach.

1. Use Tactical Defense to your advantage 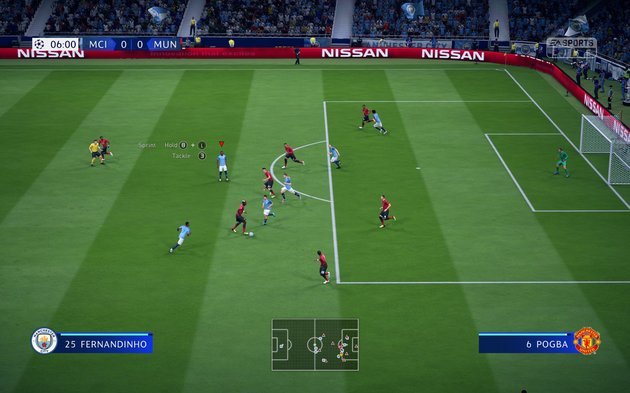 Tactical Defense is an option included since FIFA 17 is used to configure the defensive system. The idea is to give us players more freedom to intercept balls or cut off a pass. Many of us have been calling for an improved system in this regard since AI ​​has never been very intelligent.

In FIFA 19, Tactical Defense was improved. On this occasion, the players of our team help in the marking in a more effective way. Every defensive block has greater cohesion, acting together. That is why it is essential to use this method in favor of your style of play. If you prefer advanced marking, use your teammates to cut off a pass at just the right moment. If you prefer to wait for the opponent in your own field, learn to surround the attackers to steal the ball.

2. Be patient to retrieve the ball

One of the biggest mistakes you can make is going into a fight with your opponent at the wrong time. When you fail the steal attempt, your defense will be one less player and more exposed. For that reason, be patient and cool-headed! Pay attention to the offensive strategy and look for the right moment to remove the ball.

3. Understand when to cut off a pass or press

Having the perfect timing to enter the opponent is not enough to defend well in FIFA 19. It is necessary to analyze when it is time to try to steal the ball, yes, but also to just surround or block the opponent's path.

The latter is easy to do if you hold down L2/LT when defending. The player will stand in front of the ball, automatically moving in the same direction as the opponent. This is the perfect time to ask for help from another player on your team. This way you will press with two players, making it easier to steal the ball, as well as giving you more time to make a better decision.

In FIFA 19 there is a new feature regarding grappling, known as " Split Balls ". That means that in this edition, players with greater physical strength are prioritized in disputes for possession of the ball. That is to say: the best thing you can do is put defenders and full-backs with a strong physique. It is definitely a great advantage for your team's defensive system. 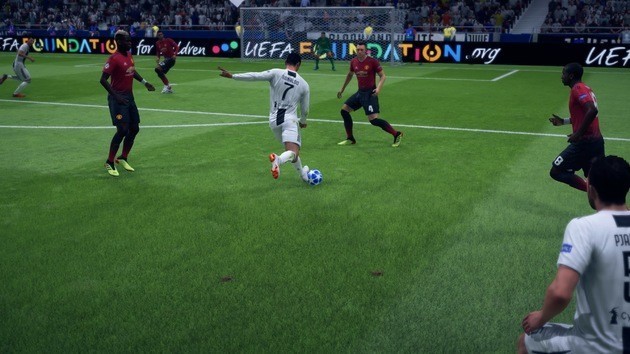 Another of the most common mistakes is to switch from one defender to another when defending an opponent's attack. You will always control the player closest to the ball, that's true. However, there is a problem: if the opponent dribbles and passes very quickly, it is very likely that you will switch to a player that you do not want to control.

Whenever you want to put yourself in command of another, use the right analog. This will allow you to manually switch any player on the field. Leave the automatic change for very specific moments, such as easy ball steals.

6. Always defend with the players in front

A perfect defensive system uses defenders and full-backs only as a last resort. You must defend with the players on the front lines, applying a lot of pressure. It is very important to try to steal the ball from the opponent's court. After all, this is where most of your players will be, so it makes the defensive process easier.

If the opposing team manages to reach midfield, don't get drowned out! Avoid as much as possible asking for help from the wings and especially from the defenders. Use midfield players or attacking wingers to break passes or attack and press patiently but insistently.

Compared to previous editions of FIFA, the AI ​​in 19 had several improvements in defensive terms. For that reason, trust that artificial intelligence and ask for help. As we mentioned before, this is essential when stealing balls from the opponent. When it comes to marking a player, going with two is more effective than going one on one.

Anyway, be careful. Calling in the closest players in an attempt to intercept balls can open up your defense unnecessarily. Be careful when you want to approach the defense in this way.

8. Keep your defense in place 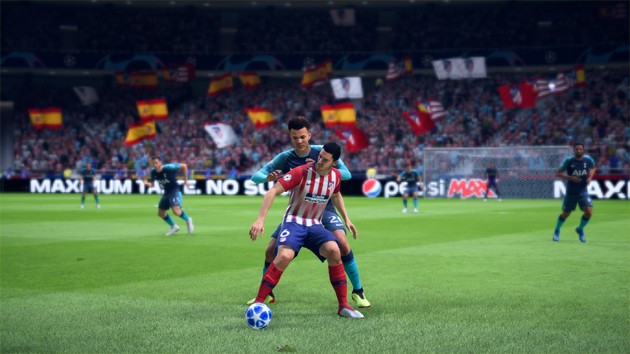 This tip is related to tactical options. The defense instructions of the players, especially the defenders, should be configured in such a way that they do not advance by advancing. Although it depends on the game scheme that you carry out, it is more convenient that the defensive midfielders or full-backs do not go on the attack and maintain position.

Keeping the last line of defense will be your salvation in case the offensive or midfield line fails.

One of the most appreciated features in FIFA 19 is the ability to edit Game Plans. It is possible to choose different schemes and tactics for each Plan. For example, if you want to adopt a 5-3-2 Ultra Defensive, but also a 4-1-4-1 Offensive, you will have no problem! That is why they are called Dynamic Tactics.

In addition to giving you greater versatility in the offensive game, this allows you to defend much better. It is a way to efficiently resist a withering counterattack from the opposing team. If you have a fast squad and the ideal tactics to close your defense well, you will avoid many goals against yourself. 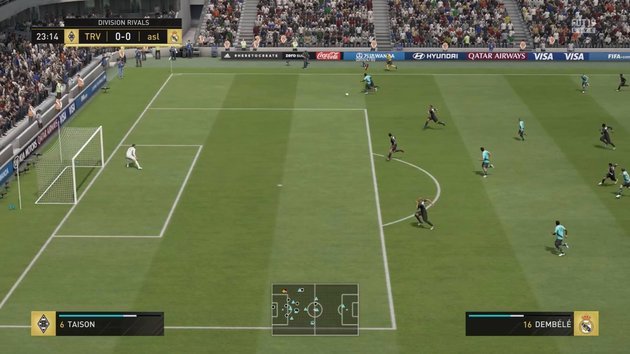 None of the tips in this guide will work if you don't try to have a good vision of the game. Each game is different from the rest. It is not useful to always apply the same tactics, schemes, and plans against all teams. In this sense, FIFA 19 "plays" in your favor. With the Dynamic Tactics of this edition, you will be able to adapt to all types of opponents.

A solid defense is one that knows how to press in an organized manner. Therefore, always be patient and mark by sectors. It starts with attackers, of course. Then use attacking midfielders and wingers to intercept balls cleanly. Only use the defenders and wingers as a last resort and calmly, so as not to open gaps that the opponent can take advantage of.

And that's it for tips to defend well in FIFA 19! Your defense will be solid and there will be no player who can break through that wall you have planted.