It's time to score the biggest cracks in FIFA 19! Each position is important in our team, so we bring you the 5 best goalkeepers, defenders, full-backs, midfielders, midfielders, wingers, and forwards.

After the World Cup, many players stood out and changed positions regarding FIFA 18. Soccer players evolve, improve or fall with each passing year. Meet the best FIFA 19 players who will shine on the pitch in every match. 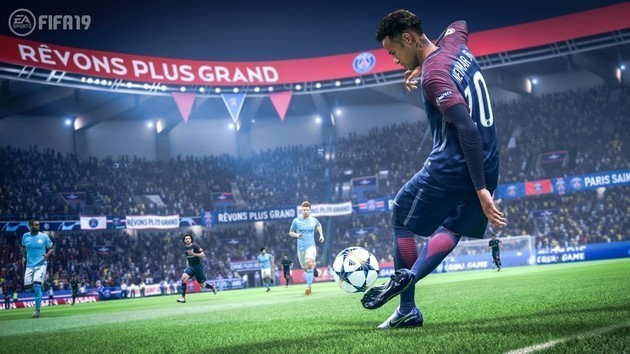 De Gea is the undisputed winner in the goalkeeping elite, surpassing Neuer himself, who was the best during many editions of the franchise. Courtois, who moved to Real Madrid, and Slovenian goalkeeper Oblak are also big stars in goal, scoring 90.

Sergio Ramos is the most complete defender in FIFA 19, a true leader capable of stopping an attacker. Godín and Chiellini are two others that no offensive player wants to meet face to face.

Marcelo remains the king of the wings, after so many editions. Quick and efficient when attacking, this player is always a threat against any opponent. Among the top 5 full-backs, we have four who play on the left (Marcelo, Jordi Alba, Alex Sandro, and David Alaba), while only Kimmich plays on the right.

Midfielders are the essential balance between attack and defense, and there is no better player than Kanté to fulfill this task. He is not only excellent at defending, but he is also a good dribbler and highly effective at starting attacks with his passes.

The midfield position is full of cracks and those who stand out most among them with Modric and De Bruyne. Both shone in the recent World Cup and make all the difference to break any defense, no matter how reinforced it is.

The wingers are very talented, fast players with fantastic dribbling. Neymar is the best winger in FIFA 19 and he has all these very high attributes. Both Salah and Coutinho had excellent seasons and deserve to be featured on this list as well.

The dispute for the title of the best player in the world is still between Cristiano Ronaldo and Messi. Both players are the best in FIFA 19. As a new member of the top 5 strikers, it is worth noting Kane, a Tottenham striker, who has evolved quite a bit in recent times. 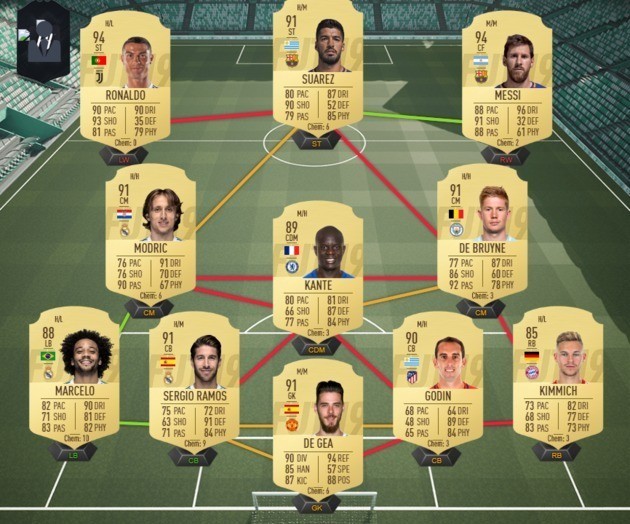 This team is the dream of any coach in the world! Can you imagine what one can achieve with this cast? It is true that there are many other fantastic players, enough to create another 2 or 3 Dream Teams. Choose the players according to your preferences, and go out to dominate the playing field!