Not everyone knows that FIFA 19 Career Mode comes in two variants. You can run a club like a manager, or you can manage a player's career. Each of these variations is its own unique experience. In this article, we will cover details about player careers.

Know all the secrets to creating a real soccer star!

1. Start with a small team 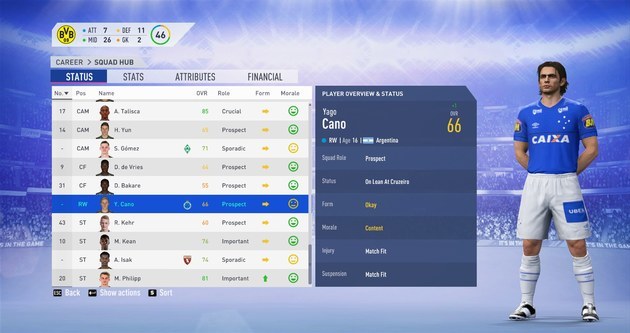 The first big difference between Player and Manager Career mode is which team you choose to start with. When you are in the shoes of a manager, you want to start with a top team that is in good financial condition. That will make it easier for you to win important titles and have a more accessible path to success.

Now, if what you want is to play as a player looking to become a crack, to be the star of the team, you have to approach it differently. Everyone wants to play with Messi or Cristiano Ronaldo, but you won't grow that way! If you choose a small team, it will be easier to start and you will avoid ending up on the bench or as a player on loan.

Before being in the ranks of the biggest teams, try to start your career in a minor team in South America or Europe. You will get your player to gain a lot of prominences and, if you maintain a good level, you will have the honor of being hired by one of the best teams in the world. As some of us say, it is better to start humble!

2. Create your own crack

After choosing your team, you need to decide between managing an existing player or creating one from scratch. It's best to have your own new player as if you start at a small club you probably won't know anyone. In addition, most players will have years of career behind them.

So be smart and make your own soccer star as it will be easier to develop it however you want. Don't take too long to edit the player: you only need to configure a few basic options, and he'll be ready to hit the football field! 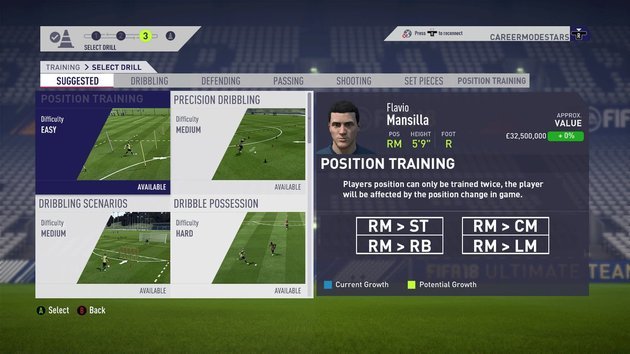 If you want your star to win a Ballon d'Or, you'll need to train a lot. No matter how talented a player is, if he doesn't practice to improve his soccer skills, it's useless. FIFA 19 Career mode allows the player to train five times a week. More than enough!

There are five types of skills you can improve: Dribbling, Defense, Passing, Shooting, and Set Pieces. Of course, if you only focus on one of these types, you will develop the player towards a very specific style of play. In your hands is how you want to profile your crack. Take some time to decide what kind of player you want him to be, and train non-stop!

4. Control the whole team, not just your player!

It is true that we can only control our players. However, is that recommended? The limitation it has is that we will depend on the FIFA 19 AI to fully develop the new crack. There are important commands like "Call for the ball" that need to be executed at the right time for the play to flow smoothly. If we make a mistake when asking, we will lose skill points.

Therefore, the idea is to control the entire team. In this way, you will be able to execute plays around your player and allow him to shine more in the game. Remember that you will not be able to control player substitutions, so every second on the pitch counts.

Everyone who has spent a lot of time on FIFA 18 Career Mode will be rewarded with various benefits by playing the FIFA 19 version. It all depends on the calculation that the system makes according to your progression in the previous title. For example, you can gain the ability to replay a lost match or later edit your crack.

But what is most worthwhile is earning extra skill points. That is essential for the moment of starting the race. If you have earned these extra points, feel free to use them and distribute them according to your position and function in the team. It will help you to have a better take off and reach a higher level of quality quickly.

6. Pay attention to your exploits

If you want your player to evolve and become a coveted footballer around the world, look at the exploits of your crack. There are 522 in total that you can complete throughout the entire race. Each of them grants extra skill points, so pay attention to these objectives.

The feats to achieve are divided into nine categories that relate to different game situations. Many of them have to do with doing some action up to a certain number of times. If you want to start with something easy, the short passing feat is the perfect option.

Of course, there are others on the list that you will probably never meet, such as goalkeeper if you are an attacker or scoring many goals if you are a defender. On the other hand, some of the feats offer new celebrations or different styles to call a foul. Collect as many as you can!

7. Listen to your coach

Your coach can discuss expected performance while you are playing or outside of the game. In the same way, it is possible to see the basic statistics necessary to comply, such as the percentage of success in passes, goals to score, or assists to give. You can also see the partial note of the match, according to your participation in the match.

Knowing what the coach thinks of your performance is important to keep a good grade. However, do not think about the notes, but about the objectives. The number you get at the end of the game will be a consequence of how you have played and if you fulfilled what they have asked you. 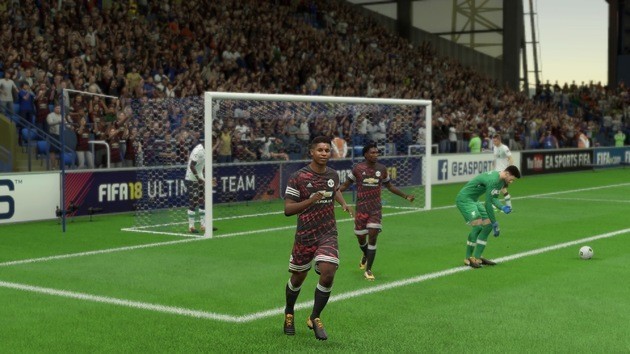 Sooner or later, your player will receive negotiation proposals for other clubs. There are two types of proposals that can be made to you: loan or purchase. The important advice we can give you is not to reject or accept proposals without first analyzing them well. There are loans that will lift you to success, while some purchases could sink you.

Therefore, decide with a cool head the future of your player. If you work perfectly at the current club, and the one who wants to buy you has many good players, be careful. They may take you off the market just to keep you on the sidelines. The important thing is to accept the treatment of a team that you know will favor your player. Otherwise, refuse!