In Call of Duty Mobile Battle Royale mode, it is important to be the first player to take all the best loot. Quickly equipping the most powerful weaponry in the game will give you an immediate advantage for the rest of the match. For that reason, you want to know where the places that have the best weapons and protections are located.

In this article, we briefly tell you which are the four areas with the best loot. Later we also talk about the places where you can find a helicopter, the best vehicle in the game. It is essential to move quickly at the beginning of the game, to have more chances of taking abundant loot, before others. Know the sites now!

This area is, without a doubt, the most famous in the Battle Royale mode of Call of Duty Mobile. It sits in the center of the map and contains a good number of large buildings. In them, you will surely find different machine guns and even precision rifles, especially on the upper floors.

Besides that, since there are many houses, buildings, and tunnels, it is easy to hide. This is a very important detail since the Launch Base is the busiest area in the game. Many players land here, in search of the best loot!

Due to the high volume of players, we recommend this site only if you are experienced in the mode. Our advice is to land here, quickly grab any weapons you find on the ground, and immediately march to another nearby town. Being in the middle of the map, enemies will be able to come from all sides.

Another great place to find good loot is Port. First of all, we can assure you that it is a much safer place than the Launch Base, without sacrificing the quality of the loot. If you are a lover of heavy weapons, there is a good chance that you will find that type of weapon in this area.

In addition to the loot in this place, it is a good strategic point as it is located next to the water and has the option of driving a helicopter. As an added bonus, Puerto has a bridge that connects to the small island where Dock and Nuketown are located. If you move fast and are lucky, you can get some nice extra loot at these two places.

On the other hand, you can choose to stay in front of the bridge, in Port, and wait for players to come. With patience, you will be able to eliminate a few players and take their loot, without needing to travel to the island. If you decide to stay in Port for a few minutes, you will see that there are several vehicles, including the helicopter that we already mentioned. You won't be left behind!

The third-place where we recommend you explore to get good loot is the Nuclear Plant. In addition to weapons of all types, this place usually has a large number of accessories, compared to the rest of the map. You won't always get the best weapons in the game here, but you will end up well equipped.

Yes, be careful! This area is full of sites and buildings with few exits, so it will be very easy to feel cornered. If the plane passes very close to the Nuclear Plant, be sure that you will find many players looking for weapons and protection.

In the Battle Royale mode of Call of Duty Mobile, there is a secret cave located northwest of Crash. The entrance is located on a rocky peak, which we have marked with a red circle in the image at the beginning of the article.

When you're in this area, try to get as close to the white dot to the northwest of Crash. You'll know you've found the spot when you see a large hole and a zip line that will allow you to go down it. To get out of the hole, take the same path. 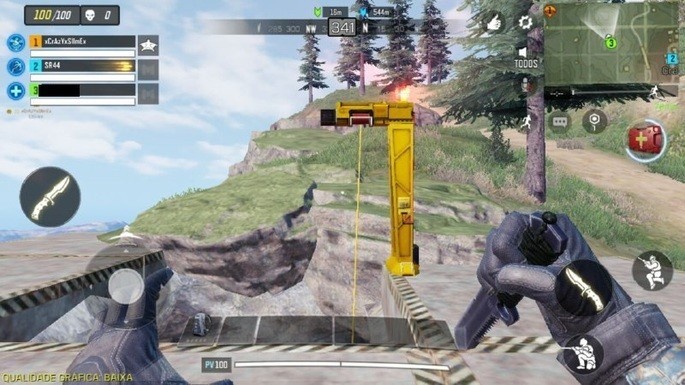 Inside this cave, you will find enough loot boxes to have two good weapons with a few attachments equipped. It is usual that there are several healing items, so take a good look. However, don't waste too much time, as it can be a vulnerable position if more players end up approaching.

Where to find helicopters in Battle Royale mode

There are quite a few locations where helicopters will spawn during Call of Duty Mobile Battle Royale matches. As we mentioned at the beginning, it is an extremely useful vehicle to travel from one point to another quickly. This will give you a great advantage to take loot before others and achieve an advantageous position.

Find out what these locations are! 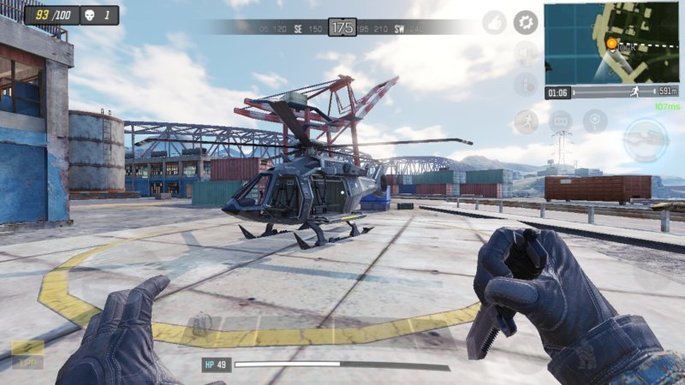 There is a helipad to the northwest of the bridge that connects Puerto to the small island. That is the usual area of ​​appearance of the helicopter, but it may be the case that it is in another nearby place, inside Puerto. 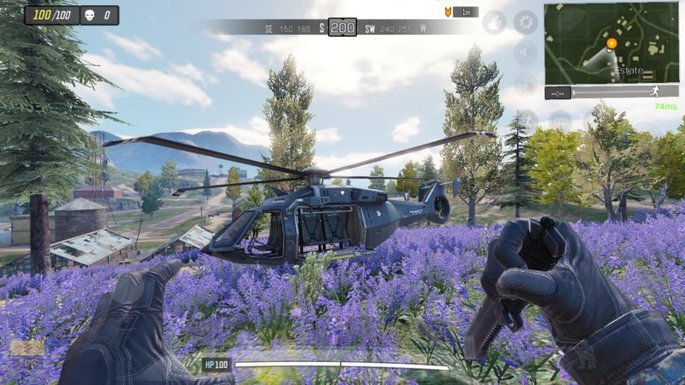 North of where the Farm name is displayed on the map, you will sometimes see a helicopter in the middle of the flower field. 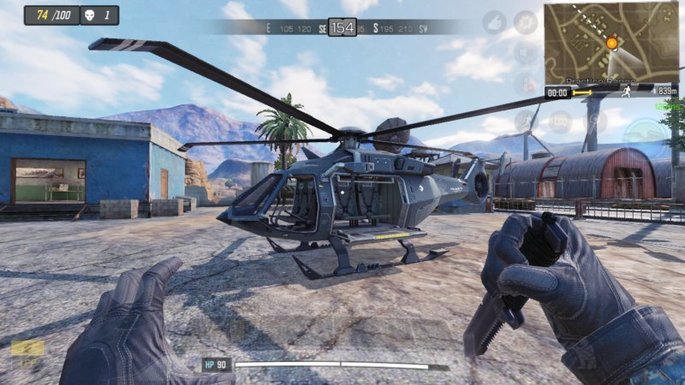 In the Practice Range, there are two possible locations where helicopters appear. On the one hand, there is the heliport that is north of the three bunkers in this area, in a relatively open space. 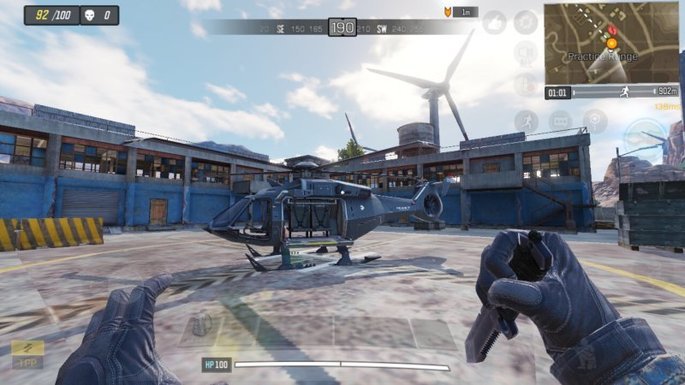 On the other side, a helicopter can also appear next to the building that is shaped like an L. 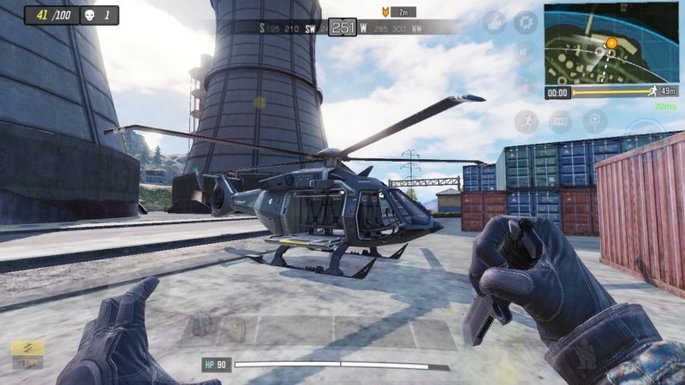 The Nuclear Plant helicopter can be found near the containers that are near the river. 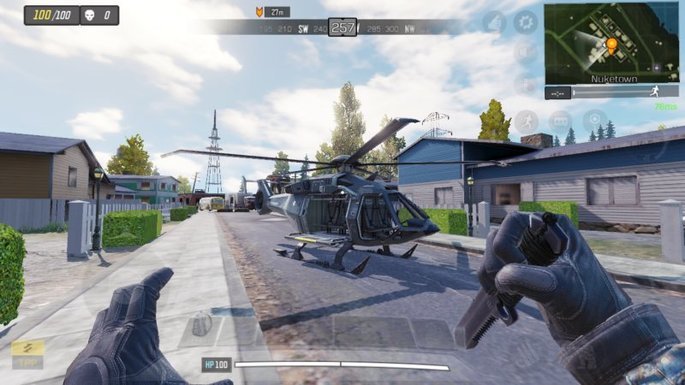 In Nuketown, oddly enough, the helicopter's spawn zone is right in the middle of the road. 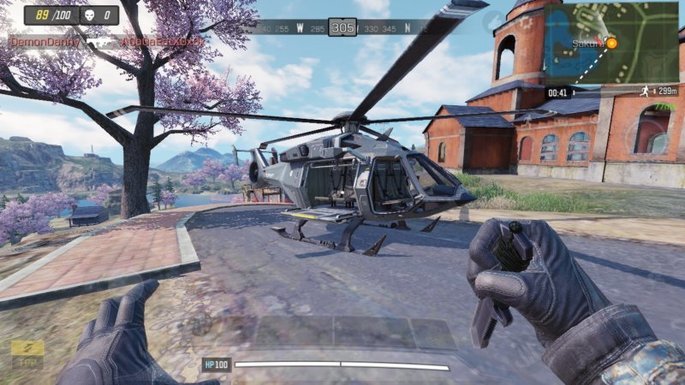 There is a helicopter on the east side of Sakura, almost at the edge of the lake. 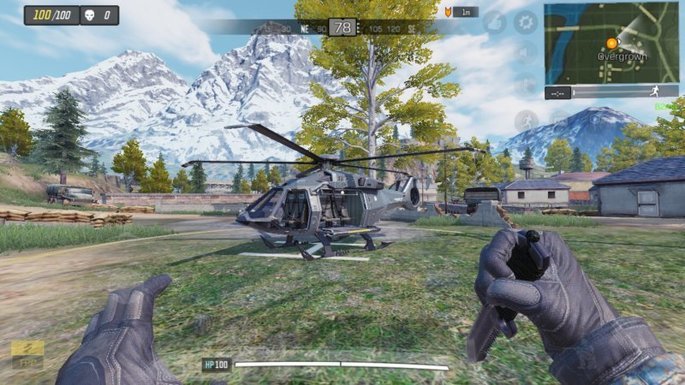 In Overgrown there is a helipad in the northern part of the town, right next to one of the roads that connect to the town. 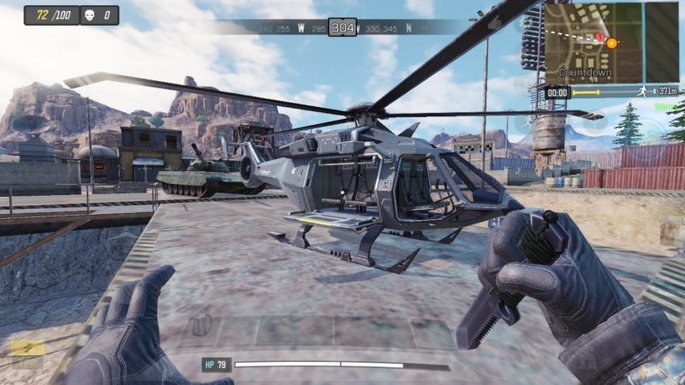 You will find the Countdown helicopter many times in the central-east part. 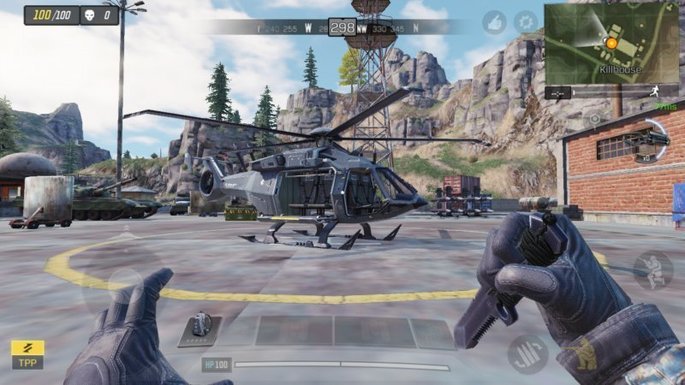 In the Killhouse there is a fairly large warehouse. The helicopter in this area is right outside this large building.