TeamFight Tactics ( TFT ), the auto battler based on League of Legends, is here to stay. The game is constantly evolving and attracts new players every day. To make it easier to adapt to this new genre, here are 9 essential tips to play TFT well. Soon you will get your first victories!

1. Prioritize gold before your life points

In TeamFight Tactics, the absolute priority is to accumulate a good amount of gold, even if it means losing a few health points.

The reason is this: Luck plays a huge role, whether it's buffing champions or getting synergies. However, if you have a lot of gold accumulated, you will have the freedom to use the "Refresh" button several times. This way you can have better chances of getting the desired champion. This is why the TFT metagame revolves around money.

It is worth repeating that you should not worry about losing a life. Chances are, while you're collecting gold, opponents are spending it on upgrading and leveling up. Some players focus a lot on what we call the early and mid-game. Don't fall into that trap! Focus on the late game, that is, in the last bars of the game. There you will get the best compositions and objects.

It is true that, after a few minutes, you will be in the last positions. Don't be nervous about it, remember that with enough money you can get more suitable champions. You will have plenty of opportunities to update your champion roster and it will be easier for you to complete synergies. With patience, strategy, and money, this is how you will win in TeamFight Tactics!

2. Understand the rules related to gold 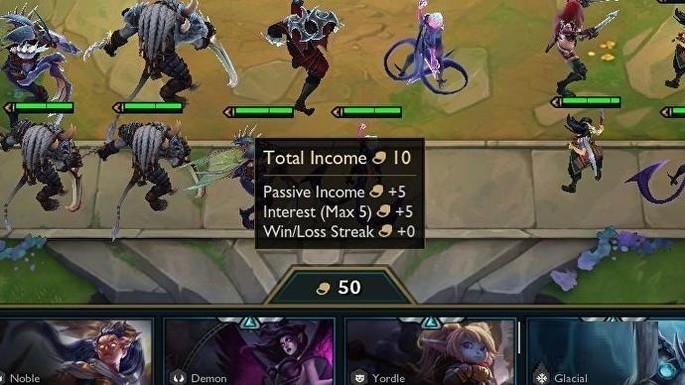 Gold is the most important resource in the game, so you need to know exactly how it works. Know the rules related to money in TeamFight Tactics :

Interest is the most important source of gold in the game. Although you receive 1 gold for every 10 you have accumulated at the start of the round, you can only earn a maximum of 5 extra gold in interest. Therefore, it is essential to stay above 50 gold, but it is not necessary to accumulate more than that! If you have 60 or more gold, take the opportunity to upgrade and level up.

How to manage gold well in TeamFight Tactics

3. Change the position of your units

Battles in TFT happen like in any RPG: tanks in front, DPS behind. This way, opponents need to get past the tougher units while taking damage from others protected by tanks. Of course, that doesn't mean that the front line can't deal damage, but it's important that they can absorb a lot of attacks.

Exception: when to change the positioning of the units?

The positioning of the champions in TeamFight Tactics is one of the aspects that can improve or worsen your result in the rounds. Therefore, change tactics when necessary! There are different situations where you will need to move your champions to improve their utility.

4. Make the most of the draft or carousel round 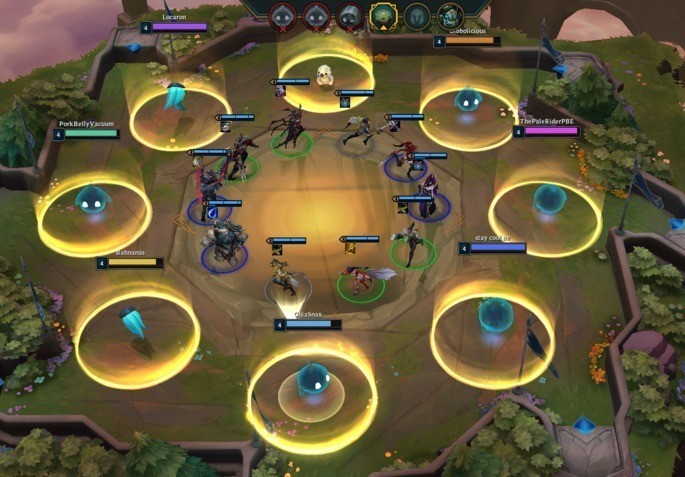 Shared drafts are the rounds where players are brought to the same stage to pick a series of champions. The first time this happens is in round 0, and everyone gets a chance to launch into the hunt for their first champion.

After round 0, all multiples of 6 (6, 12, 18, etc), will be a shared draft. However, in these following carousel rounds, we will not all move at once. 2 by 2, the players with the lowest total life will be the privileged ones to choose first, and so on until reaching the best-positioned player in the game.

Now comes the important part: look more at the items, not the champions. TFT matches are often decided by item issues, as a good item on the right champion will lead you to victory. It will always be easier to get champions than items. In other words, don't hesitate to pick a weak champion if it gets you a good item!

However, if you have a lot of total health compared to other players, you won't have as much freedom of choice. In that case, you need to understand what the priorities are for your first choice.

Note that, within the hierarchy, the choice of champions is a low priority. We repeat it once again: it's time to get items! However, it is not a mandatory rule to follow, since a well-placed champion can win the game.

5. Use champions with CCs or crowd control

Having champions with crowd control effects or CCs is crucial, no matter what build or composition you have. CCs are effects that disable opponents for a short time, like stuns or silences.

Remember that a level 1 champion without items can CC a well-equipped level 3 champion, preventing them from participating in the round for a few seconds. If he can't do anything, his extra attributes are useless! As such, always try to include crowd control champions and position them so they fill their mana at different times.

Just like in other games like League of Legends or DOTA, coordinating CCs in TFT will ease the path to victory. This coordination is difficult to achieve in this game, but with practice and good strategy, it is possible.

Learn who are all the TeamFight Tactics champions that have crowd control effects:

6. Remember those synergies are completed with different champions

This is a simple but essential tip. The same champions do not serve to complete synergies. Therefore, the bonuses and effects of origins and classes are achieved according to the number of different units you have on the board.

This mechanic gives you leeway in sticky situations where you need to pick a weaker champion in order to get new synergy. For example:

Exceptions: when to use duplicate heroes?

Being a game based on probabilities, there is no absolute rule. There will be situations where it will be better to place a repeat tier 2 or 3 champions than a weak one to complete synergies. You need to assess whether the individual contribution matters more than getting the effect of origin or class.

For that, analyze the following points:

7. Know the items and their effects 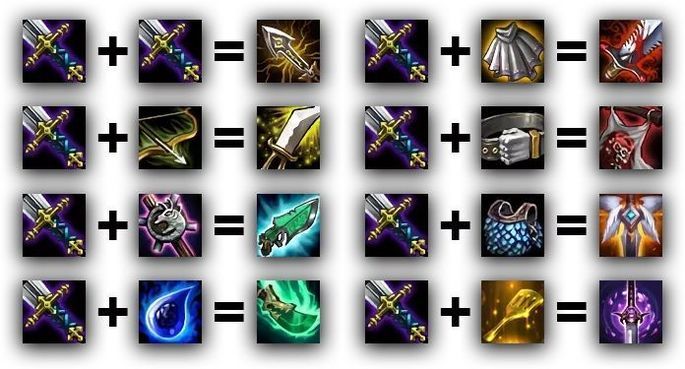 TeamFight Tactics has 8 primary items that we can get by eliminating neutral enemies. By combining two of these basic items, you will get a stronger item with new effects. The game contains a wide variety of items for all types of champions and compositions. Familiarizing yourself with them will be important, as putting the right item on the right champion will tip the scales in your favor.

Although there are countless combinations of items and champions, we share a few tips:

8. Observe and adapt to opponents

There is one habit that every TeamFight Tactics player should learn: watch your opponents. It is true that one has little time to buy, sell and position champions in each round, but there are two situations that one must take advantage of to investigate the opponents.

On the one hand, the neutral rounds. You do not need to pay much attention beyond the preparation, so we advise you to spend the rest of the time looking at the other players. You will be able to see what comps they are making and what their strongest units are. You won't have much time to look at all the opponents either, so choose 3 or 4.

On the other hand, the player vs. player rounds. This is the best time to observe the enemy in detail. It is true that you will never know who of all the players will be your next rival. Still, the very instant your enemy appears, take a good look! Composition, positioning, items, strongest units, etc. This will give you an idea of ​​the opponent's strategy.

If you do this, it will be easier for you to adapt your early and mid-game, towards the later stages of the game. Keep in mind a very important detail: all players share the same champion bank. That means if two players are leveling Ashe up to 3, you probably can't level her up to 3 yourself. The number of repeat champions is limited.

Because of this, use as much information as you can mid-game to build the most effective strategy. Don't stop watching what others do!

9. The late game is more important than the early game

This last tip is to reinforce everything that has been said in this article. TeamFight Tactics focuses mainly on the final rounds of the game, the late game. It doesn't matter so much what happens in the early game, because the essential thing is to have a good plan when everyone starts to have strong units.

It might sound strange, but taking a lot of damage early on is nothing to worry about. Focus on accumulating money and preparing your team well to become a rival to beat. Use the resources to complete powerful synergies and equip champions with suitable items.

A player who has become strong too quickly will probably not have enough money to maintain his level. He'll have a hard time getting level 3 units and adapting, so don't make that mistake! Who has gold, has the power to adapt and create the best formation in the game.