Lords Mobile is a mobile strategy MMO game that takes you from battle to battle until your kingdom rules over all others. For this, there are certain objectives that we must achieve.

Check out these tips to get the upper hand on other Lords, and conquer the world of Lords Mobile. 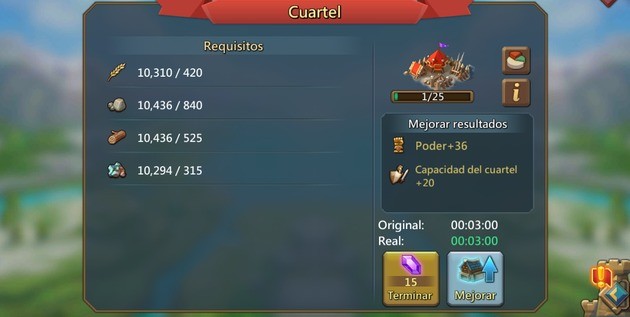 In this game, there are various buildings that we can build. Our base is made up of different constructions that we must maintain and improve, whenever possible. However, which ones should we focus on more? Below is a list of the most vital buildings.

Keep in mind that there are buildings with extra requirements that change depending on the level, such as upgrading the Wall first to do the same with the Castle. 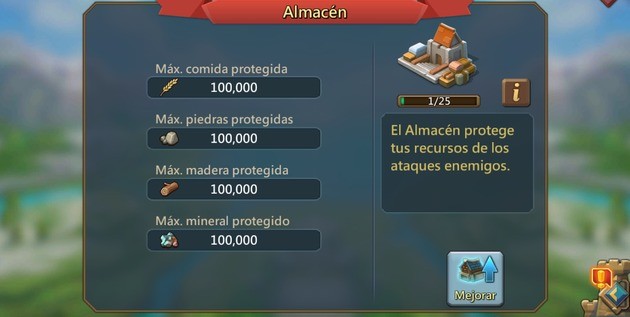 To do anything in our kingdom, we need resources. They are used to build, research, train our troops and buy what is necessary to manage our base and army. In the early stages of the game, our main sources of resources will be production buildings, such as the Sawmill or the Quarry, so building and upgrading them is essential.

After a while, we will be able to send our troops to the open field, in timed missions. They will return from them with loot, so it is important to plan what resources we need for each moment and take advantage of these missions. 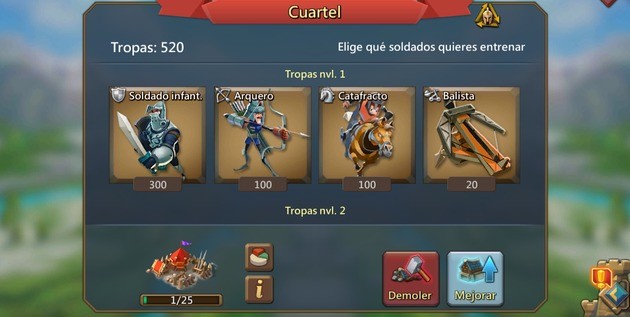 Lords Mobile allows us to have player versus player battles, with millions of opponents all over the world. Therefore, it is very important to prepare to defend our kingdom from sieges and looting.

We have to be smart when it comes to fighting because not just any troops will serve us in every battle. To win fights, the first thing we must take into account is the rule of rock, paper, or scissors :

Siege troops will serve us against walls, but they are weak against the rest of the troops. It is advisable to have a balanced army, but we must adjust according to the rival. On the other hand, training our troops until they level up is essential, since:

It is worth mentioning that, to unlock these levels, we will need to have our academy level at 9, 17, and 25, respectively.

Apart from this, we can spy on our enemies, capture opposing Heroes and hold ransoms. We must use all these strategies in a planned way if we want to become the new Emperor.

Heroes are the special unit that defends or attacks opposing kingdoms at the front of our army. It's helpful to take on different characters so you have plenty of options at hand. The more Heroes we have, the stronger we are and the better we can help the guild.

It is important to equip ourselves with the best armor and the most effective weapons. By completing events, missions, sieges, monster hunting, or simply using the Workshop, we will obtain equipment. Of course, they will not only serve us for combat, since many objects give benefits for the production, construction, and research. Watch out for it! 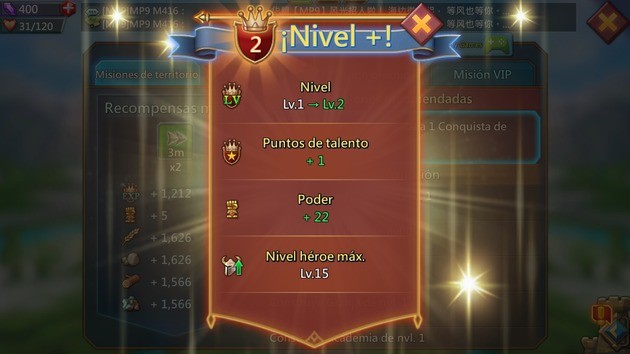 In Lords Mobile, there is a reward system based on our VIP level. To increase our level in this system, we must get VIP points. We will earn them as a prize by entering the game daily, buying them with gems, or completing daily missions.

It is essential to increase the VIP level, as it will gradually lower the waiting time of our constructions, improvements, and research, among other benefits. 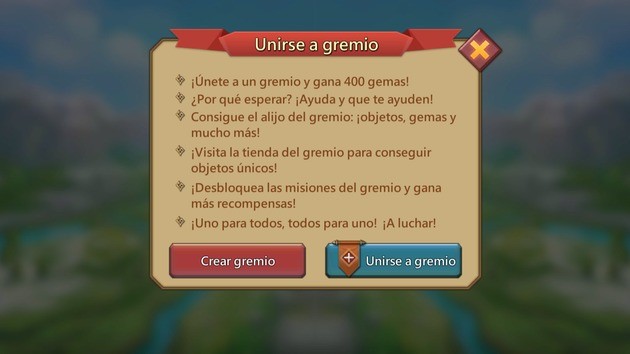 Once we reach a specific level, we can enter a guild or create our own for free. Joining other players under one banner has its advantages. Whenever we help an ally, we will earn guild coins that we can use to buy VIP points or other useful items. In addition, we will have other players with whom we can fight side by side in battles. 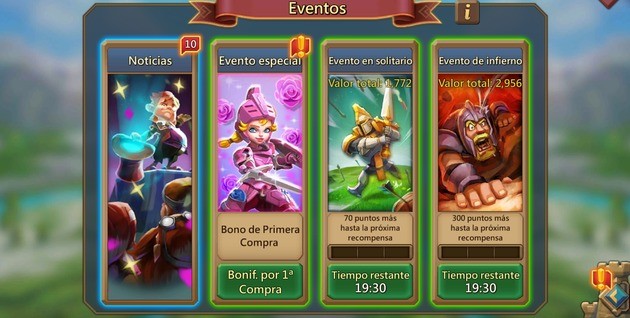 It is not necessary to focus on the lonely and hell events in our early days, but later on, we do need to be aware. They are periodic missions that will be at our disposal from time to time. In the case of solo events, the last three hours; those of hell, one hour. Both are linked one after the other, so we will always have events to complete.

Both types of events are divided into three phases, each with its own rewards and points required to complete them. It is not necessary to finish all of them to obtain prizes, but the best ones are obtained by reaching the third stage. Keep in mind that, in the case of hell events, many more points are required compared to solitaire, even with less time.

We recommend investigating and training, as these are the activities that will give us the most points. However, it will depend on the specific requirements of the event. The first two phases usually reward us with resources, VIP points, or energy. Instead, in the third phase we can even unlock Heroes, so take a good look at the requirements and rewards before doing anything!

If you keep these tips in mind, you can grow as a Lord and, who knows, maybe even become an Emperor!