Mario Kart Tour has become a true phenomenon in a few days. The most famous racing game in the world has landed on Android and iOS phones, and in what way! It has all the characters, items, and tracks known to every fan of the Mario Kart series.

Despite having quite a few familiar elements, the game brings with it some important differences in relation to the older versions. If you're used to playing this franchise, this might catch you off guard. For that reason, we share with you 11 important tips to win in Mario Kart Tour!

1. Learn the basic mechanics and controls 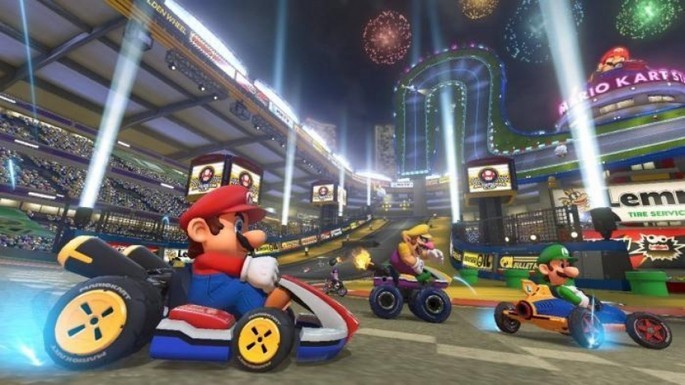 Mario Kart Tour has some big differences that will surprise fans of the franchise. In relation to the controls, you do not need to press any button to accelerate but simply slide your finger sideways to turn. As for the use of items, you will only have to press the object on the screen.

In the settings menu you can edit the controls so that when you slide your finger, the car will skid around corners instead of just turning. Anyone who plays Mario Kart knows that skidding is a very important part of the gameplay.

The races are held in Tours, each with its own Cup, something very common in the saga. Each Tour lasts about 2 weeks, so you must get all the Cups within that time or you will lose the opportunity.

By overcoming challenges and races, you will collect stars that will be used to unlock new Cups. The content unlocked will depend on the character, car, or glider you are using.

As in many other mobile games, in Mario Kart Tour you will also receive daily rewards, as long as you access the game every day. The more consecutive times you connect, the better those prizes will be.

In addition to receiving other types of rewards, you will receive coins and rubies that you can use to unlock the content. You're obviously going to want as many as possible, so don't miss out! After all, the items in this game are not easy to unlock without spending real money, so every free coin counts.

3. Remember that you can't fall here! 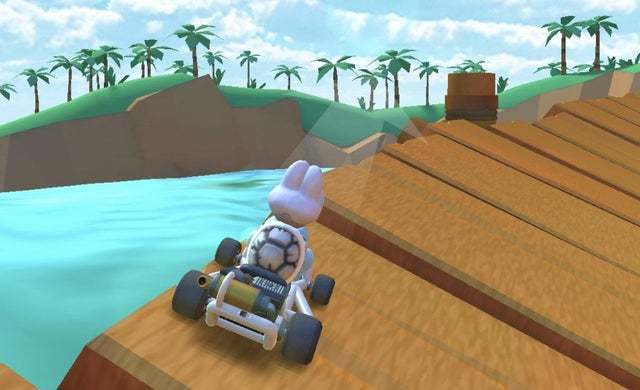 One of the most important differences compared to other Mario Kart games is that, in the mobile version, you won't be able to fall off the track! Whenever you are about to go out of the circuit, you will come across an invisible wall. So you can rest easy because here you will not have any of those unfortunate falls.

However, avoid going to the edge of the circuits as you will lose speed when touching the invisible wall. It doesn't punish much in speed, but you will notice the difference and it is very likely that you will be overtaken every time you crash.

Unlike older versions, if you have an item in Mario Kart Tour, it will automatically launch if you break another item box. That's a mechanic that can catch you by surprise and frustrate older players. For many, the best thing is to be able to break the item box and wait for the perfect moment to use the item.

Fortunately, in the settings options, you can go to disable the "Auto objects" function. That way, whenever you break an item box, you can rest assured that it won't activate on its own when going through another box.

5. Swipe up whenever you're in the air 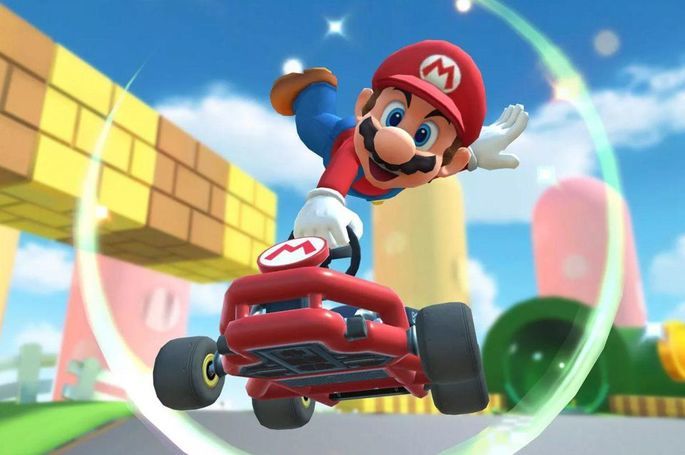 This is a mechanic familiar to Mario Kart fans. Whenever you are in the air after jumping off a ramp, cliff, etc., swipe up to make your character execute a maneuver. That will make you get a little turbo as soon as you hit the ground.

Pay attention to when you can use this mechanic. You'll be able to take advantage of it even on the smallest jumps on the track. Getting used to doing maneuvers in the air will help you to have that speed boost that you will often need. Don't despise it!

6. Race to the finish regardless of your position

Never do the famous rage quit in Mario Kart Tour. The game is quite generous in terms of scoring so even coming last you will be rewarded. In addition to that, depending on the situation you can earn 5 stars even if you came in second place.

The star reward rules are a bit confusing at the moment but don't give up hope of being rewarded. Always try to finish the races, arrive first, finish second or finish last. There are prizes for everyone!

7. Choose the character according to the circuit 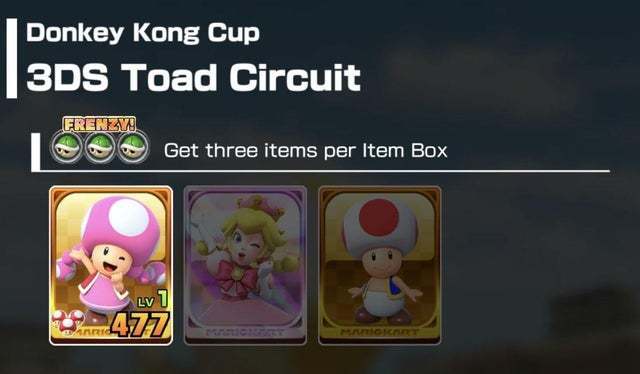 Regular Mario Kart players know that each character has unique characteristics in terms of speed, weight, and acceleration. For that reason, it is normal for each player to have a favorite character in mind. However, if you want to have an advantage on each circuit, choose the character according to the track.

That's because, depending on the circuit, each character has specific advantages. Many times he is called the track owner. For example: If you choose Toadette when playing Toad Circuit, you will receive 3 items whenever you go through an item box.

Combining the car with the character and track will also give you a score bonus. If along with all this you also combine the glider, you will receive a greater bonus at the time of making combos. And what are combos? We'll tell you then.

8. Make combos with your actions

Any action that gives points in Mario Kart can be stacked with others to form combos. This will make the total score of the maneuver much higher, as well as gain a speed bonus.

To give an example: if when jumping you make a maneuver to gain speed and, just as you land, you hit an opponent with an item, you will have an extra speed thanks to the combo!

9. Skid in all the curves 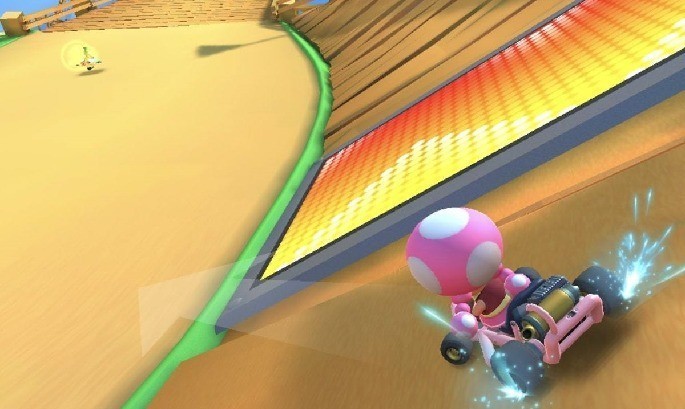 In Mario Kart, you can also get a nice boost if you complete a drift. To do that, just slide your finger on the screen and keep it pressed until a blue fire comes out of the wheels. The longer you're drifting and the more seconds go by with the blue fire, the higher the turbo will be.

Another very useful tip is to use the drifts in combo with other orange turbos on the stage. Stop skidding just before passing through the orange zones to receive more points and therefore gain more speed.

10. Don't be afraid to interact with the map

In Mario Kart Tour there are different secret ways to get speed. Generally, if something catches your eye on the map, there's a good chance you can interact with it in some beneficial way. Therefore, we recommend that you use some races as a practice to discover new points where you can gain speed.

An example that illustrates well what we advise you is the dinosaur and the geysers of Dino Dino Jungle. Common sense will tell you to stay away, but when push comes to shove, they'll give you other ways to gain boosts. If you use a glider and look at the dinosaur, you will have a turbo. With geysers, just walk over the ones that spew water!

11. Take advantage of the two free weeks of the Golden Pass! 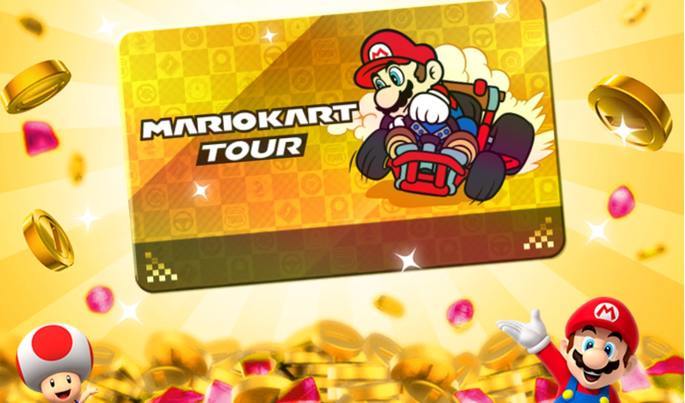 We have a very simple tip for you, in case you don't want to buy the Mario Kart Tour Gold Pass: for two weeks, you can play for free with that pass! To do that, select the option to buy the Gold Pass and "buy" it. The game will inform you of the actual date you will be cashed out.

If you don't want to continue with the pass or you don't want to be charged, just cancel before that date! This Golden Pass will help you win more prizes, so don't waste time and make the most of the two weeks.