Free Fire - Battlegrounds is a mobile game, a Battle Royale in which there is only one winner. We have many tools at our disposal to become the last survivor standing, but you also have to know how to use them.

Find out how to become the best Free Fire player with these tips! 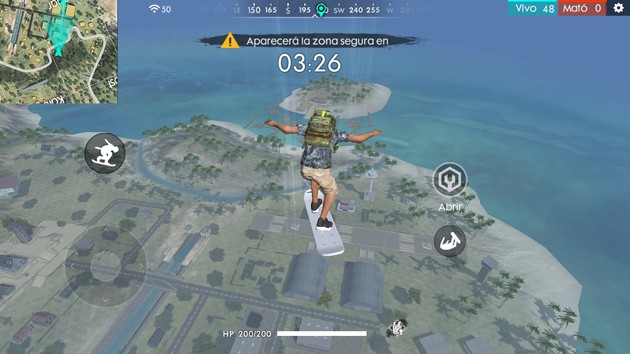 Choosing the landing site is only the first step to victory. Although it seems trivial, it is not; determining where you will start can decide if you start the game well or not. It is important to choose a place isolated from other players, close to a city but not too close to it.

For this reason, the best option is to fall outside the towns and cities, observe where the others fall and, then, enter to explore. It is essential not to expose ourselves too much until we are properly equipped, especially when moving through sites with loot in quantity and quality, where there will often be players. 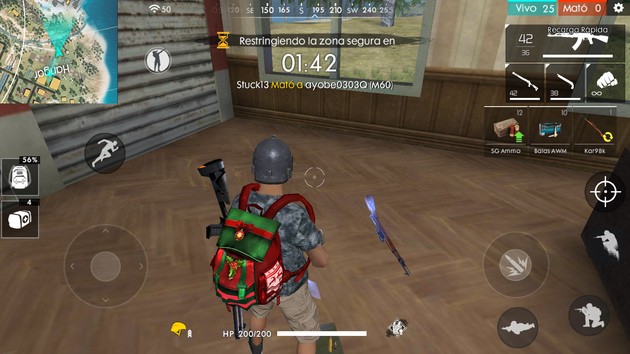 It's crazy to fight without the proper equipment. For this reason, as soon as we land, the first thing we must do is find weapons, protection, first aid kits, among other things. At the beginning of the game, it is best to grab everything we find, since we can always improve and change the equipment.

There are five essential items for survival: 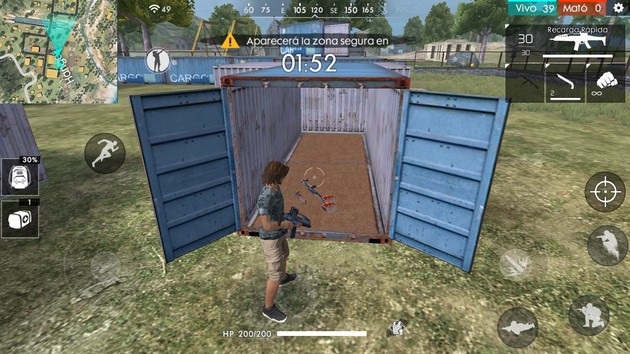 If there are no enemies in sight, it's a good idea to scout places like watchtowers, cargo containers, trenches, or military tents. There is usually good loot in these types of places, both in weapons and supplies.

It's not very smart to explore these areas from the beginning, but if we are already halfway through the game, there will always be things to take. Surely there will be fewer players on the lookout to take us out.

In places like this, it is also common to find kits to improve bulletproof vests. Pay attention while you explore because, although it does not hurt to have a level one vest, it is highly recommended to upgrade it soon. The last players will always have powerful weapons. 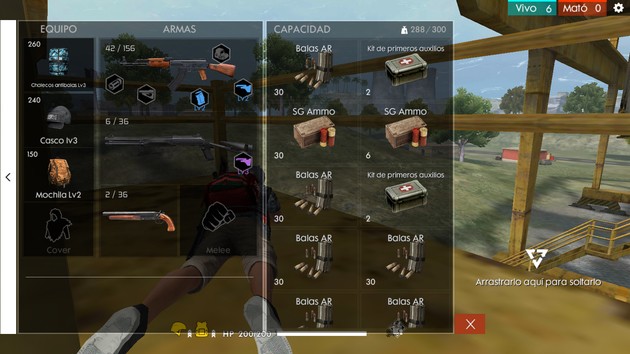 There are several types of weapons in Free Fire, each with its advantages and disadvantages. Choosing one type or another will depend, above all, on your preferred style of play... and what we find when exploring. We won't always have the privilege of having that AWM or that SPAS12 that we love so much!

The different types of weapons are as follows:

Get to know all the Free Fire weapons and which ones are better!

5. Pay attention to the safe zone 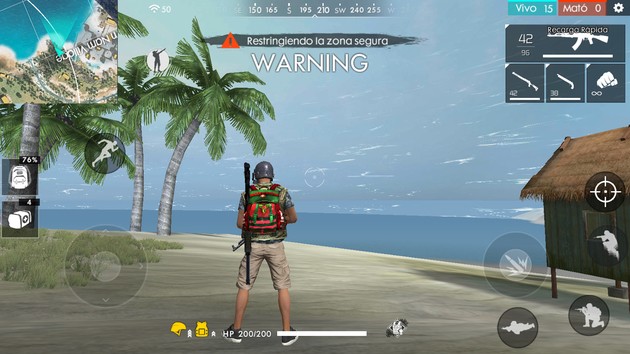 The safe zone is described by a white circle, which we can see both on the map and on the minimap. Within this zone, we will be safe, since, outside of it, the radioactive storm will take our life with the passage of time.

If we are attentive to the safe zone, on many occasions we will see players running for their lives to get away from the storm, before it is too late. Situations like this are a perfect opportunity to eliminate opponents. An undignified method, that is true, but also very efficient!

6. Look at the minimap 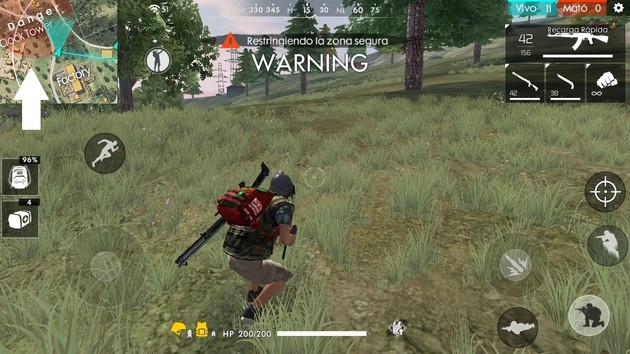 We have already mentioned that we can see the safe zone on the minimap, but that is only one of its advantages. The minimap is very important to avoid a whole series of threats to our survival.

If you hear gunshots near you, look for the red triangles on the minimap, they will indicate where the gunshots are coming from. This way you will know where there are enemies nearby. At other times, we'll hear explosions and player-driven vehicles. Both will be marked by yellow or red dots, on the outline of the minimap. That will tell us which direction the sound is coming from.

In addition to radiation, there are also danger zones. These zones are marked by red circles labeled Danger. After a few seconds, a bomber will level that place, so get away as soon as possible! UAV drones reveal the position of players inside the yellow circle. Never expose yourself to others, but stay close to see where the revealed players are. 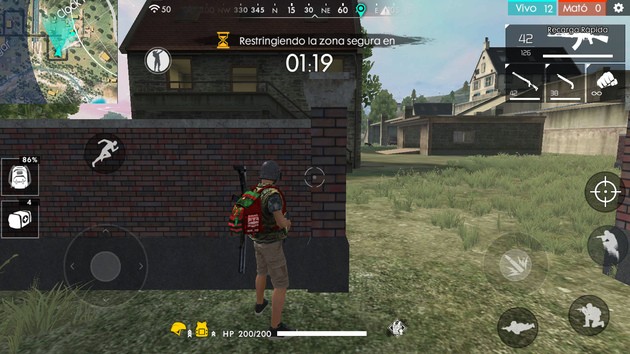 All over the map, there are buildings, walls, containers, stones, trees, etc. Use them as coverage! The worst thing we can do in this game is to be exposed. As you move, try to protect yourself from the environment so you don't get eliminated by observant players.

However, that means we must tread carefully. We will never know if behind that wall, or that wall of the building, an opponent with a shotgun is hiding, ready to take us out of the game with two surprise shots.

8. Let the others fight each other! 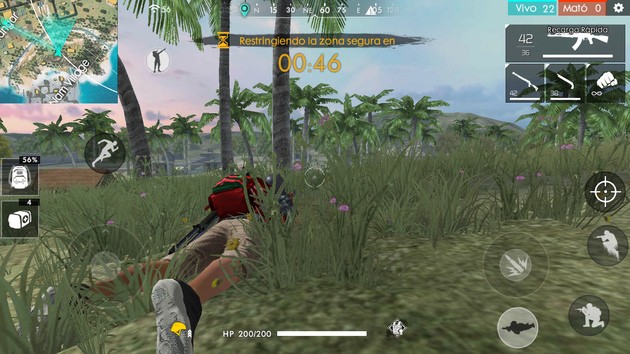 This advice sounds very cowardly, doesn't it? But it is very effective! Those of us who are constantly looking for a fight will rarely have been victorious. As long as it is not necessary to fight, the best strategy is to go unnoticed. Remember that if we play aggressively, the other players will be able to see where we are, because of our shots.

Instead of endlessly fighting, it is recommended to continue exploring and, incidentally, loot the inventory of downed players. It will be useless to eliminate players if we have not collected or improved our equipment, since, with complete certainty, the last survivors will be armed from head to toe. You'll appreciate having plenty of ammo and high-level protection! 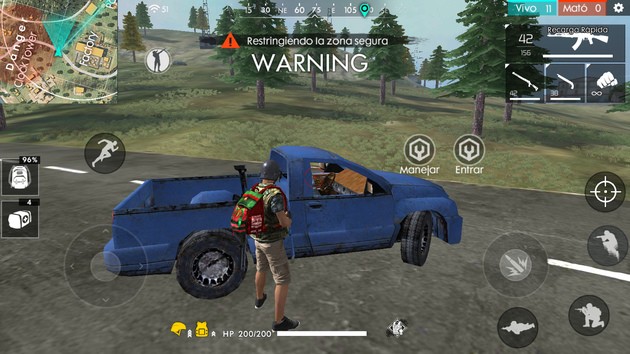 We all know how useful vehicles are in Free Fire, especially when the safe zone is far away from us. It helps us to move quickly to other places, where there is quality loot, and also to go over the clueless players that we find on the way. There's always one or two like that!

Unfortunately, it's not all advantages with vehicles. If we make a lot of noise, the other players will be able to hear us. For that reason, you have to use cars, vans, and motorcycles carefully, so as not to reveal your position. 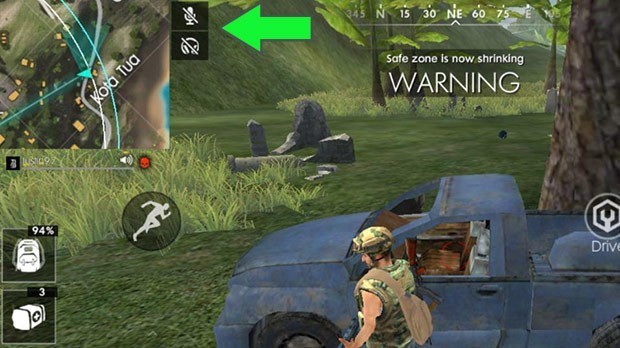 If we play in Duo or Squad, it is essential to communicate with our teammates all the time. Check if your microphone and headphones are activated; if they are not, a line will appear crossing out both icons. It is important to inform the players who accompany us of everything since our enemies will also be involved.